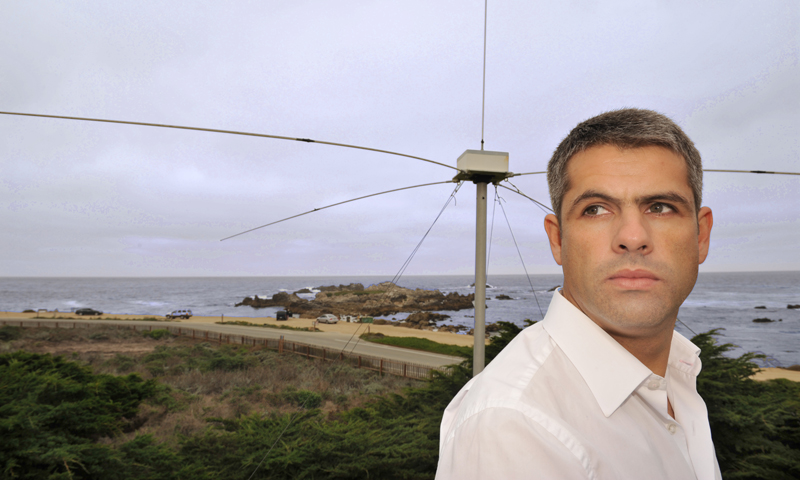 Up and down the coast, a network of transmitters and receivers that is the largest-of-its-kind in the world dot the beaches of California, silently reflecting high-frequency radio waves off of the surface of the water to help researchers map local currents. At the Naval Postgraduate School, faculty and students help maintain nine of the 54 observing stations throughout the state, and utilize the data gathered to provide a map of the current patterns along the West Coast.

These maps are key for a number of institutions and agencies, including the State of California as they look at potential oil spill dispersion, and for the U.S. Coast Guard to help locate missing swimmers. The data is also made available to the public.

Since getting involved in current monitoring using high frequency radar back in 1993, NPS has acquired four observation stations with the support of the Navy, and also works in conjunction with the University of California, Santa Cruz to monitor the systems. NPS Professor and Chair of Oceanography, Dr. Jeff Paduan, explained that the technology gained momentum and attention from the state government, which allocated funds approved by Propositions 40 and 50 to get a larger network off the ground.

“In 2004 the state of Calif. issued a call for proposals for creating a network of monitor stations that would help pollution and oil spill response,” explained Paduan. “At that point, NPS and several other campuses combined to create a consortium that responded to that proposal and was then funded to expand from Santa Barbara and Monterey out to the rest of the state.”

NPS maintains the systems from Point Sur in the south to Half Moon Bay in the North, and is part of the much larger West Coast network commissioned by the state for coastal research.  The land-based stations look a lot like simple metal antennas, with black boxes to house the electronics, and are stationed along the coast, near the shoreline. Their function is to house both a transmitter and receiver, which send out radio waves to be reflected off the surface of the water, delivering real-time data of the ocean’s movement.

The system remotely transmits the data back to NPS, where it is then analyzed, and used as part of a number of student and faculty research projects. Student involvement has been key for not only NPS, but all of the partner institutions, in monitoring the data and finding real-world applications for it.

"We are not as interested in the real time data flow, as much as looking at the historical data to determine what the patterns of circulation are like in different seasons – for example, summer versus winter in the Monterey Bay,” Paduan explained. “So the analysis has a lot of impact on the local biology.  The marine biologists in the area where the data are collected are very interested in seeing what the current patterns are like in the different seasons because a lot of the coastal species depend on the currents for larval dispersal.”

The historical data can also provide valuable information to responders in the event of an oil spill or pollutant off the coast. In 2007, the current patterns and predictions from the West Coast Radar Network helped crews determine the dispersal path of over 53,000 gallons of oil when the COSCO Busan container ship hit the Bay Bridge.

John Largier, Professor of Coastal Oceanography at the University of California at Davis, explained that each of the key participants of the network has found a way to apply the data gathered. This collaboration of ideas and research has helped address local and statewide concerns. 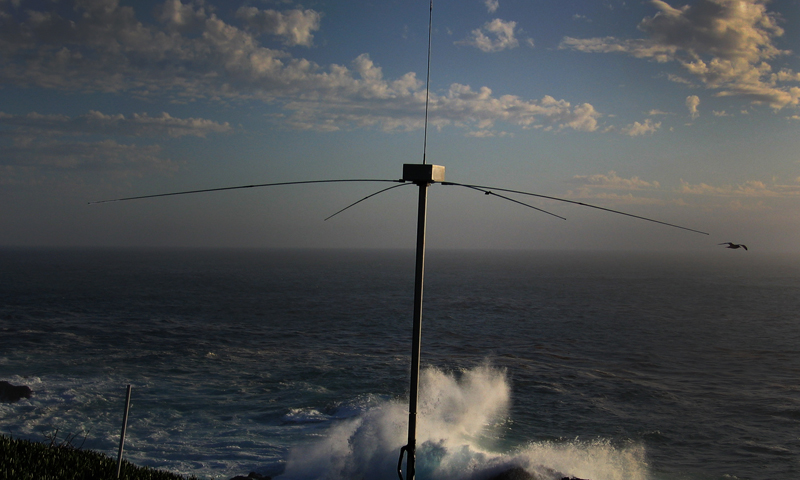 A high-frequency radar system stands tall over the Granite Canyon Marine Pollution Studies Laboratory. The system is one of nine that NPS faculty oversee on the California coast. The entire radar network system, the largest of its kind in the world, gathers and wirelessly transmits data on current activity back to researchers.

“Developing the network required a co-investment of time and energy from the universities. NPS and San Francisco State University (SFSU) have done a lot of look at oil spills and Coast Guard search and rescue, where would the spill go,” said Largier. “Down in Southern California they look a lot at beach pollution and water quality. Up here in Davis we focus a bit more on the ecosystem aspects, marine protected areas and how they’re connected in relation to salmon, larvae dispersal and things like that. There is a lot of added value in the local focus.”

“Every place, like the data we have, you can see local everyday maps and currents off Bodega and San Francisco, and the people who go fishing out of Bodega will look at those maps and they’ll ask us about them,” he continued. “Ecologists do work here, using the data to study dispersal or an oil spill people will want to be looking at where the water is going. So I think the integrated component is very valuable, and then being integrated with each university means it will have local benefits.”

Toby Garfield, Director of the Romberg Tiburon Center for Environmental Studies at SFSU, echoed that sentiment, noting that his institution is in the process of developing an app that would show local users the ocean current patterns near their location. Understanding ocean currents in the San Francisco Bay is important for recreational boaters and swimmers to safely enjoy the often-turbulent waters in the bay.  It is also useful for biologists and environmentalists studying the local maritime environment.

In addition to the local projects fostered by the West Coast Radar Network, the thesis research conducted by Oceanography students at NPS has addressed larger issues of interest to the U.S. Navy, and its international partners. Oceanography student Lt. Ricardo Vicente, a Portuguese Naval officer, explained how his thesis work with Synthetic Aperture Radar (SAR) will help prepare him for his duties in the Oceanography department of the Hydrographic Institute in Portugal.

“My thesis will be an effort of characterizing SAR image features of the ocean as a function of wind speed,” Vicente explained. “To accomplish this, I’ll overlap wave mode SAR images with High Frequency Radar data. By combining both remote sensing systems, the potential final product is a high resolution wind driven surface currents map, from the coastline to approximately 100Km.”

"The ultimate goal is to develop our knowledge of the oceans.  SAR and HFR systems create synergies that have a direct impact on a range of maritime operations such as search and rescue, oil spill tracking, ship routing, offshore engineering and fisheries.”