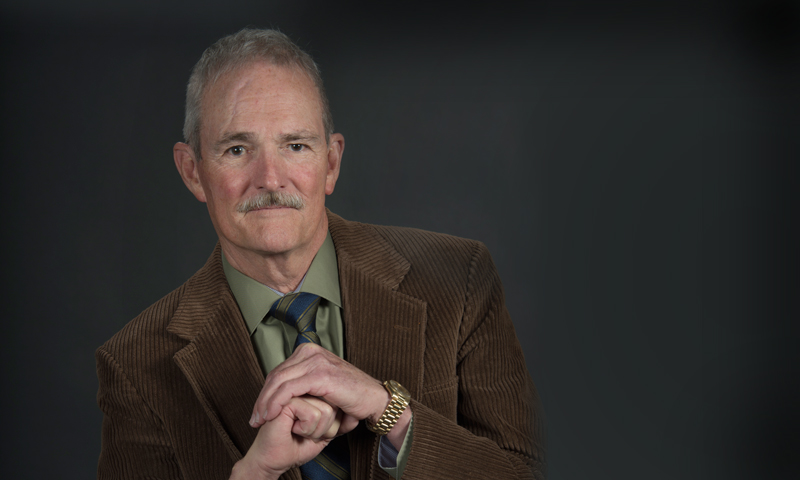 NPS Department of Operations Research (OR) Distinguished Professor Gerald G. Brown has become the first-ever OR practitioner to win the prestigious INFORMS President’s Award INFORMS and Steinhardt Prize in the same year. The awards recognize Brown’s lifetime of achievement in the OR profession, with an emphasis on impact to military operations research, and on society at large.

Naval Postgraduate School (NPS) Distinguished Professor of Operations Research (OR) Dr. Gerald G. Brown accomplished something no other OR practitioner ever has … He was awarded both the 2016 INFORMS President’s Award, and the 2016 INFORMS Steinhardt Prize, during the organization’s annual meeting, November 15. Both awards recognize Brown’s long career of honored and impactful contributions to the practice of operations research and beyond.

“When I received the notice of the first award, I felt like I had been struck by lightning. But when the second came, it was unbelievable, just an unbelievable sequence of events,” Brown noted proudly.

The INFORMS President’s Award is presented in recognition of a lifetime of relevant work that advances the general welfare of society at large. Brown was selected for his work to “improve societal welfare through the identification of new problems, development of appropriate models, and implementation of operations research methods to some of the most pressing military and security issues of our time,” the citation reads.

“In operations research, we’re about solving problems,” Brown said. “DOD is probably the most complex, technical organization on the planet, but with that comes lots of problems.

“We’re not here to work mechanical engineering, or electrical engineering problems,” he continued. “But if it involves the application of these technologies into warfare, or the planning for their procurement, or the logistics of their movement, storage and similar, well that is what we do. It just turns out that the sort of problems that we address in operations research are everywhere.”

Through its broad applicability, Brown proudly recognizes OR’s unique ability to levee impact across the spectrum of DOD operations. And in the process, like many advancements first discovered through defense efforts, their transition to the private sector leads to advancements for the betterment of corporate America, and society at large.

“We’ve been fortunate to be engaged early and energetically on military problems that are pressing, and as a result of dealing with those problems and solving them, we have developed new techniques which have proven very useful in the private sector,” noted Brown. “Students everywhere are studying concepts developed by modelers right here in this department. They are also widely used in the private sector … Nearly all of the Fortune 50 companies.”

In addition to his receipt of the President’s Award, the Steinhardt Prize recognizes an individual’s lifetime of contributions to military operations research, and Brown’s impressive career certainly applies. In 2008, Brown became the first NPS faculty member in its history to be elected to the National Academy of Engineering, and in 2009 he received the Navy Distinguished Civilian Service Award from the Secretary of the Navy.

Through his years in operations research, Brown has had the opportunity to impart some level of impact on every conflict the United States has faced since Vietnam in 1973. His optimization and efficiency studies alone save the Department of Defense more money each year than NPS’ entire direct budget.

From supply chain optimization to anti-submarine warfare, operational planning to anti-missile defense, operations research lends keen advantages to military planning. And Brown is quick to note that this is as it should be, for OR is a child of war.

“Operations research was born in World War II … The U.S. military enlisted the help of physicists and mathematicians to solve a number of problems; probably the most notable were the planning of the allied bombing campaign in Europe, and the planning of the anti-submarine warfare campaign in both the Atlantic and the western Pacific,” Brown explained. “These scientists developed early models that simply hadn’t been thought of before … It was that contribution that, by the end of the war, almost immediately led to the formation of operations research as a discipline in the early 1950s.”

While Brown is the first NPS faculty member to win the President’s Award, the Steinhardt Prize has been earned by several of his NPS colleagues, something he says reflects the caliber of the university’s OR program.

“This is one of the finest OR programs on the planet,” he said, matter of fact. “In some ways, we’re the Navy’s best kept secret, I think. We’ve been fortunate to make some great junior faculty hires, and we’ve also been very fortunate to have an excellent degree sponsor in OPNAV N81. And we have been additionally very fortunate to have some of our experienced officers, and past graduates, come back to be military faculty here. All of this is of synergistic benefit to the Navy.”

And that benefit is, in turn, imparted to his students, he says proudly, who are one of his primary sources of personal gratification.

“There are a lot of frustrations with being a government employee, and there are a lot of impediments at NPS that you simply wouldn’t have at a civilian university,” he explained. “But the two things that keep us working here are the mission, and the students. The students are incredible ... They come to us having had enough experience to encounter some really deep problems. I thoroughly enjoy following up on my students, and the impact they have on the fleet.”