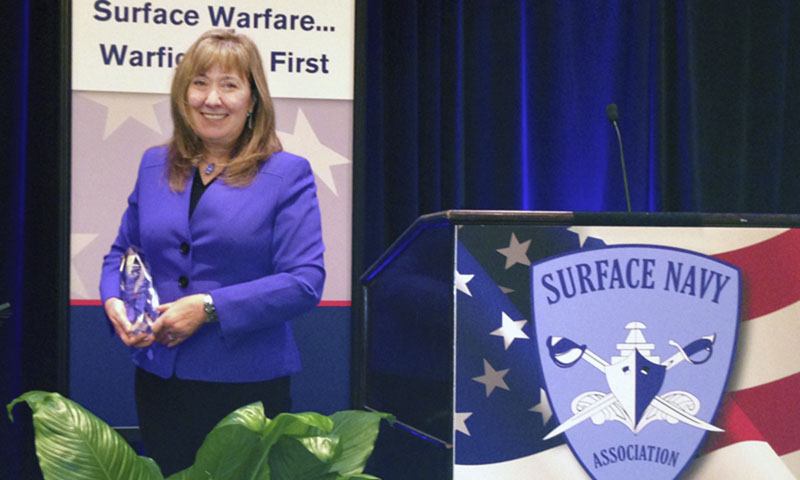 In the wake of a time that requires the fleet to “do more with less,” somewhere sleep is overlooked in the equation of mission readiness.  Navy tradition didn’t necessarily include sleep to begin with but in the rough waters that are our financial status, 18-hour workdays aren’t unheard of.

Operations Research Department Associate Professor Dr. Nita Shattuck has been working for the past 12 years to change the status quo when it comes to sleep and fatigue in operational environment.  She’s worked alongside more than 10 thesis-seeking students on this particular interest since she’s worked at the Naval Postgraduate School.

“About a dozen NPS students have helped with this research project along the way,” said Shattuck.  “Each of them have helped at different stages and I’ve really valued their input and operational experience over the years.  It’s been essential.”

Recently she was published by the U.S. Naval Institute.  Her article, “A Sea Change in Standing Watch,” co-authored by retired Capt. John Cordle was awarded the 2013 Literary Award at the Surface Navy Association’s Annual Symposium in Springfield, VA, Jan. 15.

“It’s really about improving the lives of sailors,” said Shattuck.  “The award was such a surprise and very humbling but the recognition is not so much about the writing, it’s about addressing the needs of the fleet.”

The article discussed the benefits of maintaining a circadian rhythm to acknowledge the needs of the human body in a stressful environment.  The study works to prove that setting the same working and sleeping hours reduces fatigue and fatal errors significantly in the fleet.

Co-author Cordle, who recently retired as a surface warfare officer, helped conduct studies aboard the USS San Jacinto (CG-56) by implementing a 3/9 watch standing schedule.  The schedule, modeled after an idea employed by the German navy, was found to be unorthodox but proved to implement a much-needed circadian rhythm.

Based on the feedback from some of the crew, Shattuck and Cordle made a shift to try three hours on and nine hours off to make the crew’s time off more useful and to avoid such an active turnover rate.  The shorter watches allowed for better focus and less fatigue.

Follow-on interest came about through the Combat and Operations Stress Control (COSC) program, headed by retired Commander Leanne Braddock.  Studies have shown that sleep deprivation is a significant contributing factor to stress. COSC programs look to reduce stress on the crew in all areas possible.

Shattuck and NPS Operations Research Department students are working to change the shipboard daily routine, wherever possible, to maintain crews’ circadian rhythm thus decreasing fatigue and optimizing mission readiness.  Shattuck cites Maggie’s Law of New Jersey to drive home the point that sleep deprivation can cost lives.  Maggie’s Law was passed in 2003 based on the critical importance of sleep in regard to safe driving; accidents resulting in death because of “drowsy driving,” are made equivalent to drunk driving.

Shattuck’s work doesn’t stop at her award-winning article; she is currently aboard the USS Independence (LCS-2) for a 3-week underway, is collecting data on sailors and their sleep patterns during rough-water trials.  While sailors are tend the ship during rough waters at sea, Shattuck and her team are working diligently in the rough waters of policy to change the climate and push for change.