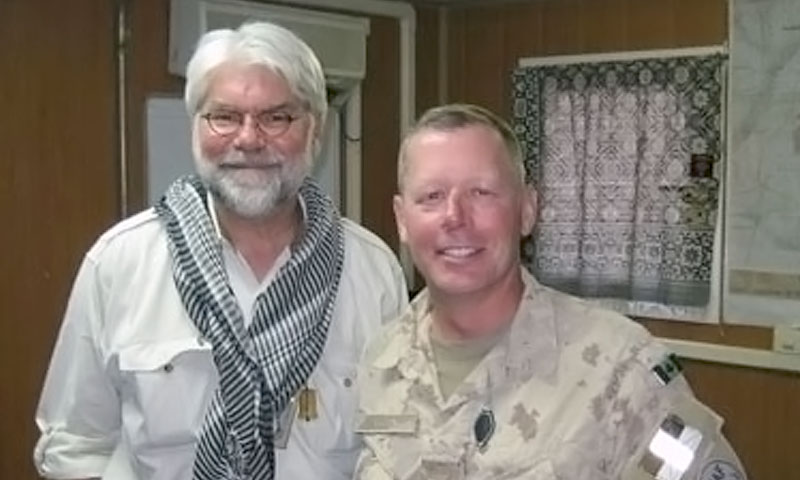 At a critical turning point in the war in Afghanistan, Naval Postgraduate School Professor of National Security Affairs Thomas Johnson has been tapped to be the senior political aide and counterinsurgency adviser to Canadian Brig. Gen. Jonathan Vance, Canadian commander of Task Force Kandahar -- ground zero for the key summer campaign against the Taliban.

“General Vance contacted me shortly after he was selected by Ottawa in early June to return to Afghanistan as Commander of Canadian Forces replacing Brig. Gen. Daniel Ménard who was relieved of command, and asked if I would be willing to take on this assignment through the completion of his deployment,” Johnson said before a week-long trip due to land him in Afghanistan Aug. 10. “There’s no question this is a critical time, and the Canadian effort is central to the success of U.S. and NATO efforts in the country.”

As Johnson finalized his trip preparations, President Obama affirmed the withdrawal of U.S. combat troops from Iraq and Congress voted an additional $33 billion in war funding for Afghanistan, where July’s casualties reached an all-time high. Johnson’s new advisory role also comes in the wake of the top U.S. military commander’s replacement; a massive leak of classified war documents; the Netherlands becoming the first NATO country to end its combat mission in the country; the president of Pakistan stating the international community is losing the battle for the hearts and minds of the Afghan people; and a mutilated Afghan girl on the cover of Time magazine with the headline, “What Happens If We Leave Afghanistan.”

Time’s question refers to the U.S., but guidance about the answer to precisely that question for Canada is what Johnson has been tapped to provide our coalition partners north of the border.

“This really is a battle for the trust and confidence of the Afghan people – and also for the trust and confidence of the American people,” stressed Johnson, director of the NPS Program for Culture and Conflict Studies (CCS) and a renowned expert on the human terrain of the country. “Historically, Afghans have had a tendency to switch alliances and side with those forces they perceive to be winning, and many Afghans, unfortunately, believe the Taliban are currently winning. This dynamic is especially critical in the south where I will be working. Kandahar City and especially the surrounding hinterland environs are a center of gravity for the insurgency, so the counterinsurgency campaign in and around Kandahar is pivotal to the war.

“Canada has announced it will withdraw its 2,700 troops next year, and it’s very important to them that they be able to finish and leave behind major sustainable infrastructure programs, like the Dahla Dam in Arghandab near Kandahar critical for irrigation and the model Deh-e-Bagh village project,” Johnson explained. “And because the Canadian withdrawal date coincides with the beginning of the U.S.’ own announced drawdown, their exit plan can have a major impact on, and lessons for, the exit plan for the overall NATO coalition.

“I expect much of my time will involve architecting how to counter the Taliban narrative, as well as assisting in the negotiations with Noorzai tribal leaders in Panjwaii. I will be spending considerable time in the Kandahar hinterlands,” Johnson said.

Professor Johnson and General Vance have worked together a number of times in the past. In September 2008, Johnson and CCS hosted the Canadian general and top officers from his Task Force Kandahar for a three-day NPS workshop to architect a decentralized “villages first” engagement strategy for the southern campaign in the country, and also partnered to develop the model village campaign, “Operation Kalay.”

That same year, Johnson and a team of research associates spent three weeks working with the Canadian Provincial Reconstruction Team in Kandahar and another four weeks embedded with Vance’s task force. In August 2009, Johnson hosted Vance’s successor (Vance was subsequently reassigned to the post), Canadian Brig. Gen. Daniel Ménard, for the second Conference on Culture and Counterinsurgency in Southern Afghanistan in preparation for Menard’s taking charge of NATO operations in the key city. 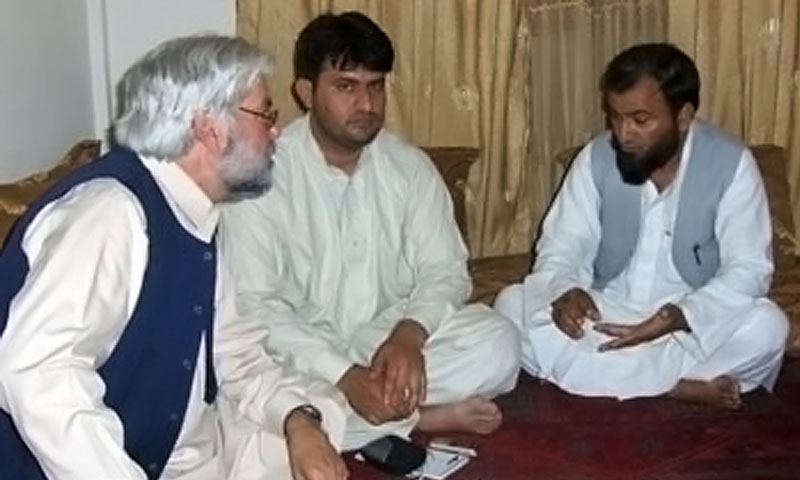 The mission of the Center for Culture and Conflict Studies, founded in 2006, is to study the anthropological, ethnographic, social, political and economic data needed to inform U.S. and coalition policies at the strategic and operational levels. NPS faculty members affiliated with CCS organize and host conferences and workshops, brief deploying troops, and respond directly to information requests from mission commanders and reconstruction teams.

“The CCS program and Web site were originally developed as a reach back resource for our deployed troops, commanders and provincial reconstruction teams, and then evolved to include academe and the public,” Johnson noted.

“CCS’ premise is that, to effectively interact with another culture, we have to understand it,” Johnson explained. “And there’s nothing more important for that than getting the ‘ground truth’ and context in country.”