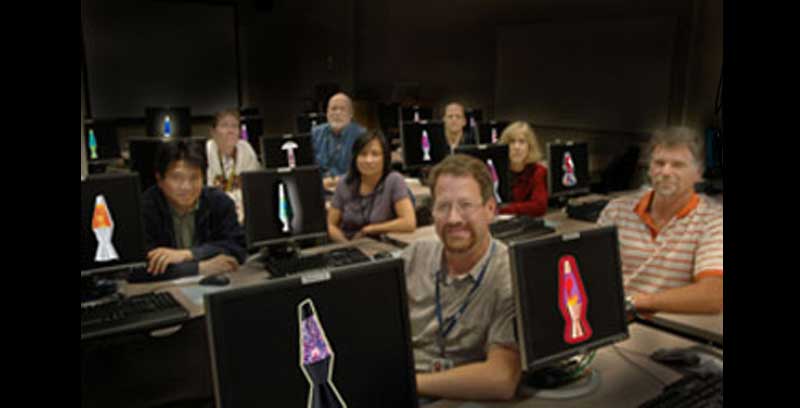 The National Security Agency (NSA) and Department of Homeland Security (DHS) have announced the designation of the Naval Postgraduate School as an Information Assurance (IA) Center for Academic Excellence-Research (CAE-R) for the academic years 2009-2015. The CAE-Research designation recognizes academic institutions that actively integrate research activities into their curricula.

The National Security Agency (NSA) and Department of Homeland Security (DHS) have announced the designation of the Naval Postgraduate School as an Information Assurance (IA) Center for Academic Excellence-Research (CAE-R) for the academic years 2009-2015. The CAE-Research designation recognizes academic institutions that actively integrate research activities into their curricula.

In the notification sent to NPS President Daniel Oliver and members of Congress, the university was also re-designated a National Center of Academic Excellence in Information Assurance Education (CAEIAE) for the same five-year period. The dual designation is the result of a rigorous application and review process during which graduate level universities are evaluated against a stringent set of criteria, and is a mark of true prestige in the IA community.

“NPS has been a National Center for Academic Excellence in Information Assurance Education since April 2000 – the same year as Stanford University, Carnegie-Mellon and the University of Illinois – as well as being twice re-designated, but this is the first time we’ve also been awarded the Research designation, which is a significant accomplishment,” said Computer Science Professor Cynthia Irvine, Principal Investigator for NPS’ Federal Cyber Service Scholarship for Service Program, also known as Cyber Corps.

“The successful designation of NPS as a CAE-R has a lot to do with expanding our Ph.D. program in alignment with Provost [Leonard] Ferrari’s vision to increase the number of doctoral students across the school,” Irvine continued. “To receive the Research designation, a minimum number of Ph.D. students is required.”

The CAE program was initiated in 1999 by NSA, which since partnered with DHS to sponsor the National Centers of Academic Excellence Programs in response to the President’s National Strategy to Secure Cyberspace.  That Strategy directed the federal government to foster education and training programs in support of the nation’s cyber security needs and increase the efficiency of existing federal cyber security programs. The mission of the National Centers of Academic Excellence in Information Assurance Education Program is to reduce U.S. information infrastructure vulnerabilities by promoting higher IA education and expanding a cadre of professionals with cutting-edge IA expertise.

Universities designated as Centers of Academic Excellence in Information Assurance Education are eligible to apply for grants and scholarships through both Cyber Corps and the Department of Defense Information Assurance Scholarship Program. The latter, also available at NPS, provides tuition and books for military officers at both the master’s and Ph.D. levels.

“Becoming CAEIAE designated in 2000 really opened the door to our receiving National Science Foundation ‘Cyber Corps’ scholarship grants,” Irvine noted, “because to qualify, NSF says applying institutions have to be CAEIAE or equivalent. Since 2002, we’ve graduated 65 students through the program – which requires two years of government service for the two years of education – and currently have 13 more, three of whom will graduate in June.

“NPS has a reputation for turning out really high-quality students with national security relevant information assurance expertise,” Irvine stressed. “Prospective employers come to us, and every one of our ‘Cyber Corps’ graduates has gotten a great job, for example at NSA, CIA, FBI, SPAWAR and Sandia Labs.”

“Now that we have the Research as well as the Education designation, we can expect the combination to be an even better door opener,” Irvine said. “NPS is now positioned to make even more significant contributions to improve the cyber security stance of the U.S., both in terms of the Departments of Defense and Homeland Security and our critical national infrastructures.”

“[The CAE-Education re-designation and CAE-Research designation] application process was a huge amount of work, and I really want to acknowledge and thank [Computer Science] Senior Lecturer Daniel Warren for all his dedicated time and energy gathering the information needed from the many people at NPS whose activities contribute to our excellence in cyber security and for coordinating everything,” Irvine added.

Irvine will attend a ceremony recognizing the dual designations at an awards dinner during the 13th Colloquium for Information Systems Security Education in Seattle in early June.

“This has been a real team effort,” she stressed. “I’ll be accepting these honors on behalf of all our IA faculty and students.”