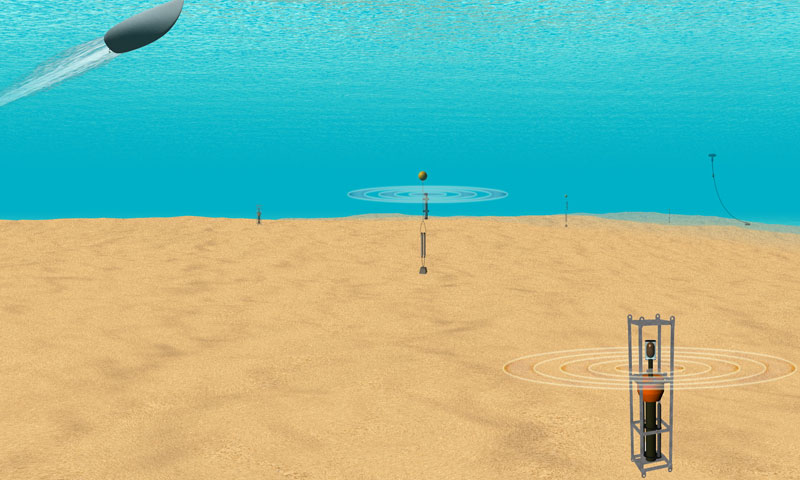 Throughout the U.S. Southern Command’s organization, a network of partnerships with the Naval Postgraduate School (NPS) in Monterey, Calif. on several high-visibility initiatives continues to have a direct impact on combatant command operations.

Leveraging the academic work of NPS students and its faculty, some of the nation’s leading defense experts, Southcom officials are working with the university on a diverse portfolio of advanced relevant research – nano-satellites for communications, underwater networks supporting complete, secure command and control, and robust intelligence methodologies to disrupt transnational criminal organizations, to name a few.

It’s an impact on the command that is impressive, and has caught the attention of Southcom’s Commander, Marine Corps Gen. John F. Kelly.

“Schools like NPS are invaluable to our ability [to conduct operations in Latin America],” said Kelly. “The fact that we can ask NPS to look at something specific, be it drugs, economics or other areas of interest that are beyond the scope of my staff’s expertise, is very important.”

NPS’ Distributed Information Systems and Experimentation (DISE) research group has worked with Southcom to evaluate a number of these technologies.

“One of DISE’s core missions and functions is field experimentation and conducting utility assessments to get new equipment out to the front lines as quickly as possible,” he continued.

Deep Sea Web utilizes a series of sensors anchored to the sea floor in areas transited by transnational criminal organizations. The sensors are loaded with NPS-developed algorithms that can differentiate between fishing vessels, and the cigarette boats employed by international drug traffickers.

Once a potential smuggler is identified, the sensors send a signal to a floating unmanned “wave glider” surface vessel, which in-turn broadcasts to an orbiting satellite with the ability to relay information to Southcom operations centers.

Wood and the DISE Research Group are also continuing to work with Southcom on its ambitious, Space and Missile Defense Command Nano-Satellite-3 (SNAP-3) program.

“SNAP-3 is an attempt to fill a capabilities gap associated with the need for other than line-of-sight communications in Southcom’s heavily-forested and remote areas of operation,” said Wood. “NPS is assessing SNAP-3’s ability to fill that gap.”

SNAP-3 overcomes line-of-sight limitations in two ways. First, it allows Soldiers on the ground to ping CubeSats in low earth orbit which in turn relay messages to command and control nodes or to other service members. It utilizes Unattended Ground Sensor Exfiltration technology to transmit intelligence data from unattended sensors into orbit. The sensors are placed in remote areas frequented by cartels and insurgent organizations.

“Over the next 18 months, we will be traveling to Brazil and Peru, and possibly other interested nations, where we will set up a scenario that tests the ability of SNAP-3 to perform as designed,” said Wood. 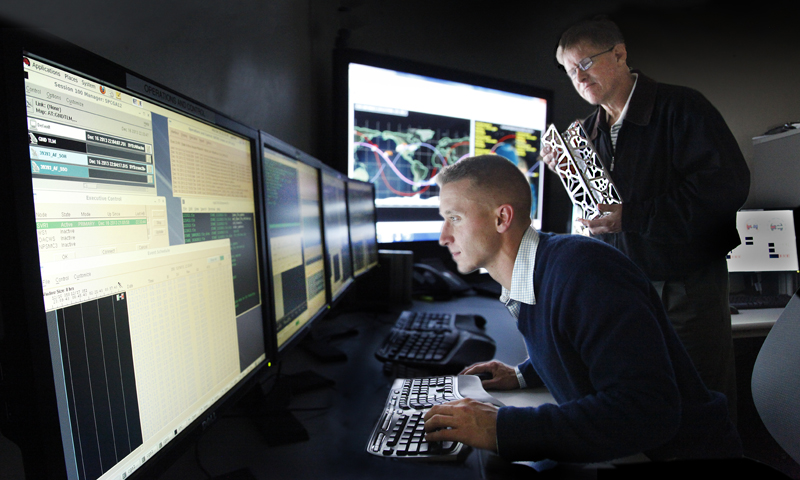 Other NPS-Southcom initiatives are more focused on governance and regional stability. NPS has worked closely with the U.S. Department of State (DOS) and governments throughout the Southcom area of responsibility to encourage and support good governance in areas such as fiscal policy, defense budgeting, communications and human rights.

In a representative effort, NPS, the DOS and Brazil brought together representatives from several Central and South American nations for an international workshop bringing together NPS professors, diplomats and partnered nations to discuss fiscal transparency.

“Our goal was for the U.S. and our Brazilian counterparts to encourage whole-of-government fiscal transparency initiatives in partner countries,” said NPS professor Francois Melese. “The conference was attended by high-ranking government representatives from Honduras, El Salvador and the Dominican Republic.”

At the conference, NPS faculty offered presentations focused on overarching economic, financial and management principles that are widely recognized as leading to greater economic success.

“We broke down our presentation into four parts: policy, revenue, spending and public accountability … We teach the logic and the principles behind these issues, not necessarily the ‘American way’ of approaching them,” said Melese. “If the participating nations understand the principles, they will come up with approaches that work for them.”

In the unrelated, but mission critical area of intelligence gathering, NPS developed intelligence-analysis methodologies have, amongst other things, led to the identification of Revolutionary Armed Forces of Columbia (FARC) military camps.

NPS researchers at the Common Operational Research Environment (CORE) Lab are working to assist intelligence analysts and tactical operators to visualize the Southcom area as never seen before.

“You wouldn’t go to war without a topographical map,” said NPS Professor and Dean of the Graduate School of Operational and Information Sciences, Dr. Gordon McCormick, the founding chair of NPS’ Department of Defense Analysis. “But we have been going to war without a map of the human terrain. The CORE Lab is working to provide that map.”

The CORE lab’s staff is comprised of an eclectic group of researchers and an interdisciplinary faculty partnered with seasoned special operators with years of boots-on-the-ground experience. Together, they have worked to illuminate Southcom’s human terrain.

Former NPS student, Colombian Army Maj. Carlos Padilla took data from his home nation and was able to use the CORE Lab developed methodologies to his country’s benefit.

“My final assignment for my Geospatial and Temporal Dimensions of Dark Networks class focused on the presence of FARC camps along the border between Colombia and Venezuela,” said Padilla. “With open source data, we were able to locate FARC camps inside Venezuela and determined through geospatial analysis the likely locations of two additional FARC logistical camps located on the Venezuelan plains and Colombian Perija mountain range.”

Padilla’s work was later used to inform South American diplomats at the Organization of American States (OAS) about Venezuelan support of the FARC.

“I returned to Colombia and provided my analysis to the Columbian J2 [intelligence department]. My analysis was used in support of a report delivered by Ambassador Hoyos in an OAS meeting where he denounced Venezuela for supporting the FARC.”

Efforts like Padilla’s are hardly unique at NPS. The history of NPS’ involvement in the Southcom AOR includes assistance in everything from humanitarian aid and disaster relief to governance and counterinsurgencies. Armed with arguably the most operationally experienced student body in the world and NPS world-class faculty, the future of NPS’ relationship with Southcom is likely to be even more spectacular than anything we have seen in the past.