NPS Staff Training to Benefit a Worthy Cause

null NPS Staff Training to Benefit a Worthy Cause

NPS Staff Training to Benefit a Worthy Cause 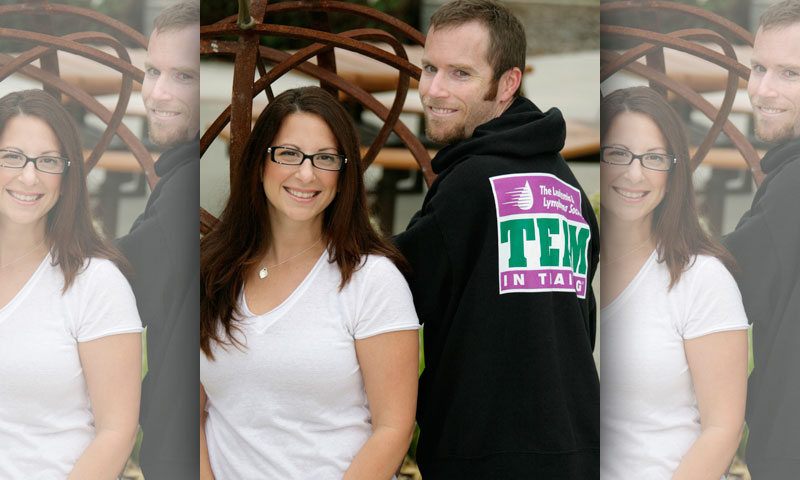 Two members of the NPS community are pulling up their sleeves, and strapping on their running shoes, training to help raise funds and awareness for a worthwhile cause. Michele Merenbloom, Sponsored Program Financial Analyst for the School of International Graduate Studies, and Information Technology Specialist Andrew Ware are both members of the Monterey/Salinas Team in Training (TNT) – a nationwide program supporting the Leukemia and Lymphoma Society (LLS).

Merenbloom has been running for the past five years for her own fitness, but has become more serious about it in the last two years in terms of entering competition events.

“I have always done half marathons, and wanted to try to train for a marathon, but was hesitant to do it alone. Running 18-20 miles on a Saturday morning by yourself is not as much fun as when you have 10 or 15 people around you,” she commented.

“This started out as something to do for personal fitness, which helped out with my health and well being, and also helped with my motivation,” Merenbloom adds. “But I started thinking, ‘What can I do to give back?’ TNT was not something to do just for myself, but I can also help others.”

Motivation was a key factor to the effort, and as Merenbloom states, there is plenty of inspiration within her group of TNT colleagues.

“We have cancer survivors on the team running with us, and to hear their stories and how LLS has helped them … It’s a really good feeling to know that we are all out there together and doing a joint effort,” she added. “It’s great to see everyone put one foot in front of the other in their own individual accomplishments.”

Merenbloom is training with a very specific goal in mind … to participate in the upcoming Nike Women’s Marathon in San Francisco on October 16. Participants in the Team in Training program must raise a minimum amount of money to enter specific races.

As head of the local Team in Training group, Ware has been working with Merenbloom, providing encouragement, tips, pointers and a partner for training. He describes how the members’ efforts translate into support for the Leukemia and Lymphoma Society.

“Participants sign up for the program and have the option of choosing from four events to run. Depending on the event, there is a minimum fundraising amount that they must raise. LLS figures out the cost of getting the participant to the event that they want to participate in to include hotel and race entry and multiplies that by four.” In other words, the program ensures that at least 75 percent of the total funds raised goes directly to LLS research efforts.

Ware adds, “For Michele, within five days of setting up her fundraising website, she had over $1,000 which was well over half way.”

Ware has been coaching with the TNT program for four years, since the summer of 2007 when a friend asked if he was interested in participating.

“I just happened to luck into it. I’ve been running since my first marathon in 1997 and been addicted ever since,” he says. “I was approached by a friend who was involved with TNT, and knew that I was a runner and asked me to coach. To be able to see all of these runners cross the line in their first event brings back memories of my first event, and you only get that first time once. It’s a really cool experience,” he added.

Ware added that there are several team options—a walk team, a run team, a hike team, a cycle team, a triathlon team and a marathon team.Andrew remarked, “The walk and run team has raised, as a team, almost $80,000 for the LLS since the summer season started in May. Many join the team because they have a personal connection—whether it is themselves or a friend or family member,” he said. “Fundraising is a big portion of being part of the group along with training. I think half do it because it is a good cause and the other half do it because they want to get in shape.”