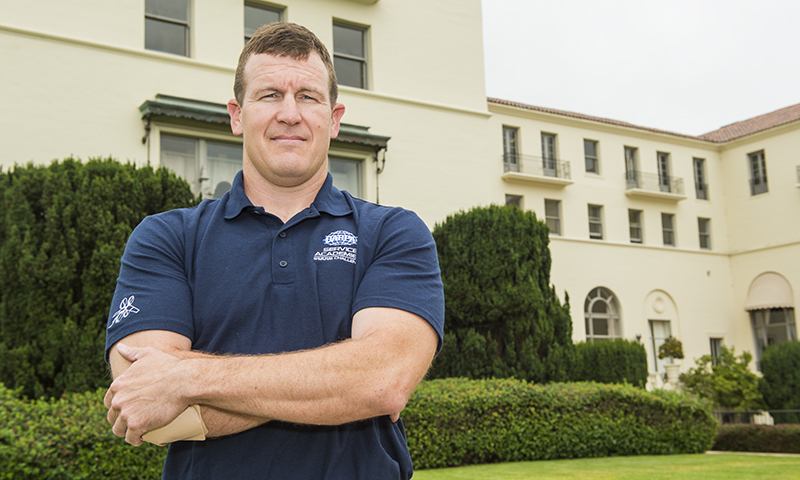 “My time with the Service Chiefs Fellows Program began with myself and a group of 12 military officers from across different services briefed on a variety of projects, from several highly-experienced program managers that come from a wide array of fields,” said Smiley. “After we got an introduction to DARPA, we spent our time shadowing these program managers, and learning from them. It was a good chance to travel, and see what different corporations and academics are working on.”

Originally created in 1958 by then President Dwight D. Eisenhower in response to the launch of the Soviet satellite, Sputnik 1, DARPA’s mission has been to ensure the United States avoids future technological surprise by formulating research projects to expand the frontiers of technology and science.

“Being able to see what is going on with research and what the future offers was fascinating, especially with the perspective of coming from the fleet,” said Smiley. “You see people working on ideas to solve problems you could have encountered that seem like science fiction, but that people are working to achieve them right now.”

Smiley worked on several programs during his fellowship, including the Aircraft Labor In-Cockpit Automation System (ALIAS), a tailorable, drop-in kit that would add high levels of automation to existing aircraft in order to reduce the number of crew onboard. Ultimately, ALIAS hopes to utilize advances made in aircraft technology over the past 50 years to help reduce pilot workflow and improve aircraft safety.

“My background is in naval aviation, with my thesis here at NPS focused on tablet-aircraft integration so my work with ALIAS was particularly beneficial,” said Smiley. “Being able to look at that study, with all the concepts and networking involved, while going through my classes here at NPS has been invaluable to me.”

“A lot of innovative work done for OFFSET was actually done here at NPS,” said Smiley. “The program manager for the project is former NPS professor Dr. Timothy Chung who took the concept over to DARPA to bring his idea to the next level. While at DARPA we did the Service Academies Swarm Challenge to test the program. We had various services compete against each other using drones to help design the future of swarms.”