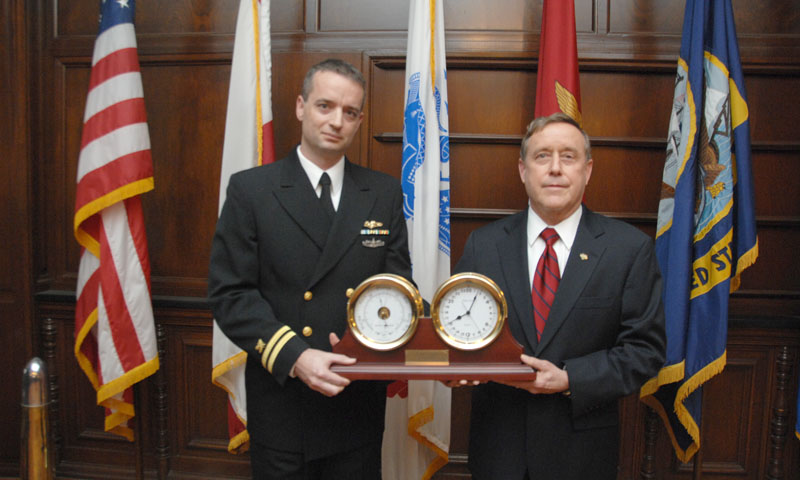 The Batchelder Award is presented annually to select Supply Corps officers based upon their significant personal contributions to the supply readiness of the Navy’s operating forces. Sprague was honored for his time serving with SEAL Team Three.

“It really is a team award,” said Sprague. “I was very fortunate to be with a great team at LOGSU-1 [Logistics Support Group ONE] and SEAL Team Three. I’d like to share this recognition with them.”

“Our mission was to develop and maintain a wide range of enabling options for the combatant commander, and this award is really a testament to the dedication and expertise of the entire CSS troop in fulfilling that mission,” Sprague said. “I’m grateful to the Navy League for recognizing the contributions of Naval Special Warfare logisticians, and am very pleased to accept the award on behalf of our entire team.”

Due to limitations in travel, this year’s Batchelder Award honorees were presented with their awards during small ceremonies at their respective current commands. Sprague recently checked into NPS in pursuit of his master’s degree in the NPS Department of Operations Research.

“Effective and efficient resource allocation is a fundamental task for Supply Corps officers,” said Sprague. “The operations research curriculum [at NPS] provides a world-class opportunity to study and apply advanced methods for analysis and decision-making.”

Sprague was one of five officers presented with the Batchelder Award this year.  Supply Corps Officers from the O1 to O4 level are eligible and are nominated by their commanding officers.

The Batchelder award recognizes work done over the course of one full calendar year.  Nominations are due in April of the following year and a Flag-led board selects awardees in May.