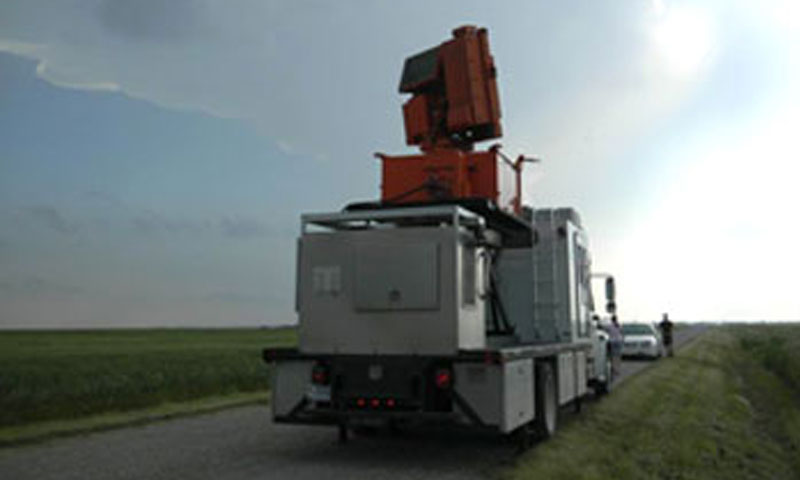 NPS’ Mobile Phased Array Radar truck tracks a powerful storm moving through the Oklahoma plains. The research is part of VORTEX2, one of the largest, most comprehensive tornado research projects ever undertaken.

Research Associate Professor Bob Bluth and Radar/EW Lab Director Paul Buczynski are true tornado chasers, spending the last week in Oklahoma with NPS’ Mobile Phased Array Radar truck to track and record one of nature’s most deadly forces. The team returned to campus late this week while the weather died down, but project to return in another week when forecasted severe weather systems return.

The effort is part of a large, multinational experiment titled VORTEX2 now in its second year. More than 150 researchers from universities and government organizations across the U.S and Canada descend upon the Midwest and “tornado alley” with nearly 30 different types of sensors and radar systems. Sponsored by the National Oceanographic and Atmospheric Administration, National Weather Service and the National Science Foundation, VORTEX2 is widely considered the largest and most comprehensive tornado research effort ever.

“The purpose is to surround a tornado with as many sensors as possible and collect as much data as possible,” said Buczynski. “Each sensor will collect a very specific type of data and when [you] fuse all the data together you may have an answer” as to why and under what precise conditions tornados form, he added.

Researchers hope that with a deeper scientific knowledge of tornados and the factors that lead to them, great improvements can be made in advance warning systems. 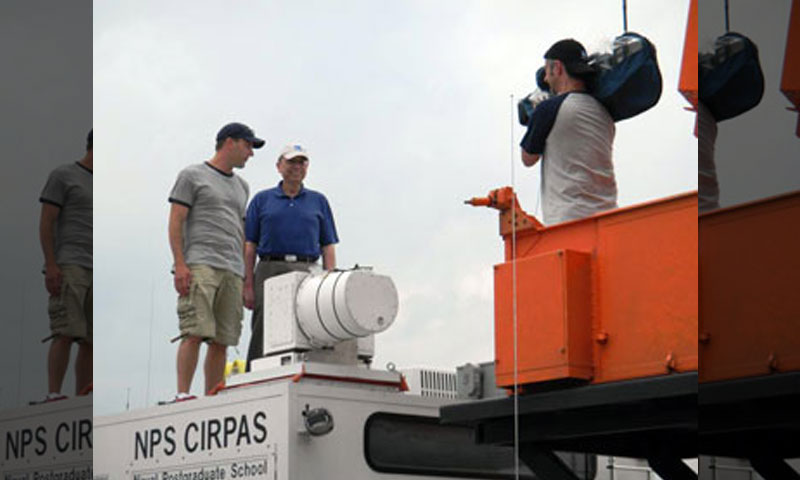 Weather Channel correspondents Mike Bettes, left, and Dr. Greg Forbes, right, film a report on top of NPS’ Mobile Phased Array Radar truck. The radar system is also the subject of the cover story of the May 2010 edition of the Bulletin of the American Meteorological Society.

“Right now, they can issue watches and warning when they think something may happen,” said Buczynski, “but truly they only have a true 5-10 minute warning when a tornado is going to form. Just think if you can issue a true 30-minute warning how many lives could be saved.”

The Mobile Phased Array Radar system, owned by NPS’ Center for Interdisciplinary Remotely Piloted Aircraft Studies, has been modified over the last several years into one of the most capable radar systems in the world, according to CIRPAS Director Bluth. In fact, the radar system is the cover story of the May edition of the Bulletin of the American Meteorological Society, widely considered as the leading publication in the meteorology discipline.