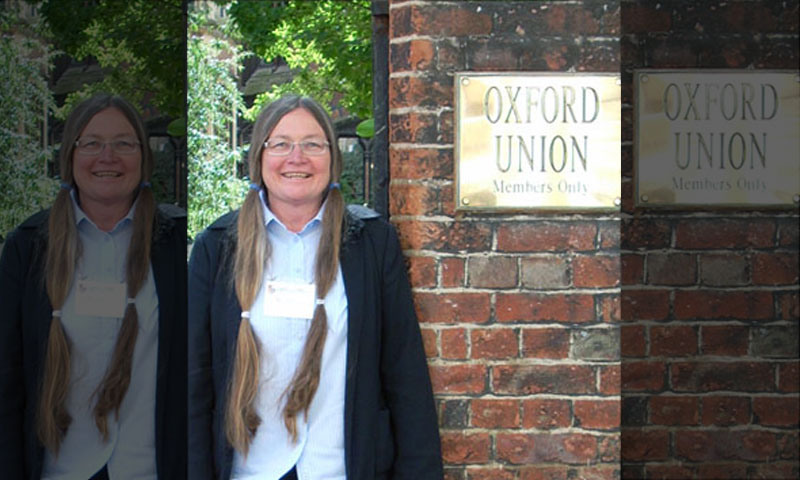 Professor Mary Batteen of the Department of Oceanography recently participated in the latest session of the Oxford Round Table, a prestigious, invitation only event to promote various issues of education, art, science and more through academic discourse and scholarly publication.

Professor Mary Batteen of the Department of Oceanography recently participated in the latest session of the Oxford Round Table, a prestigious, invitation only event to promote various issues of education, art, science and more through academic discourse and scholarly publication.

This latest session, held March 14-19 on the classic university’s campus in Oxford, England, focused on “Women in the Academy: Status and Prospects,” discussing the issues of gender equality in the academic establishment.

A former Chair of NPS’ Oceanography Department, Batteen’s presentation to the group focused on the value of mentoring, and how the establishment of specific policies can help women achieve the highest ranks in academia. She outlined specific policy ideas, ranging from equal pay for equal rank and “slowing” down the academic promotion clock, to hiring couples as professors and start up funds targeted for women who have had an interruption in their research careers.

She referenced programs such as MPOWIR (pronounced empower), or Mentoring Physical Oceanography Women to Increase Retention, a National Science Foundation and Office of Naval Research funded mentoring program that’s core purpose is to help retain women in the field of physical oceanography – Batteen offered it as an example that could be applied to any discipline, but cautioned there is still much work to be done at the higher levels of academic leadership.

“While programs like MPOWIR are working to help junior women until they obtain their first permanent job, there is a notable absence of women as Full Professors or in leadership roles [including Principal Investigators on research efforts],” Batteen noted. “An MIT report showed that junior women felt well supported by their departments, even though they struggled with work-family obligations. Senior women, however, felt ‘invisible in the department.’ The senior women did say that they had once felt supported by their departments. They stated that a ‘system of largely unconscious choices’ kept them from leadership roles.”

She continued, “A logical next step for programs like MPOWIR is to investigate how to retain women all the way through to Full Professor … Such a program will help to pave the way for women to survive to the highest ranks in academia.”

She added that institutions like NPS play a critical role by having a diverse faculty, particularly in the STEM (Science, Technology, Engineering and Mathematics) subjects. “Having a diverse faculty at NPS sends an important message to our students. They have opportunity based on their abilities, their contributions in science and technology will be welcomed, and the Department of the Navy is serious about attracting the best and brightest without barriers based on race or gender.”

The results of the Round Table will be published in an upcoming edition the “Forum on Public Policy, the Journal of the Oxford Round Table.”