One of the University’s Own Honors Winter Graduates

null One of the University’s Own Honors Winter Graduates

One of the University’s Own Honors Winter Graduates 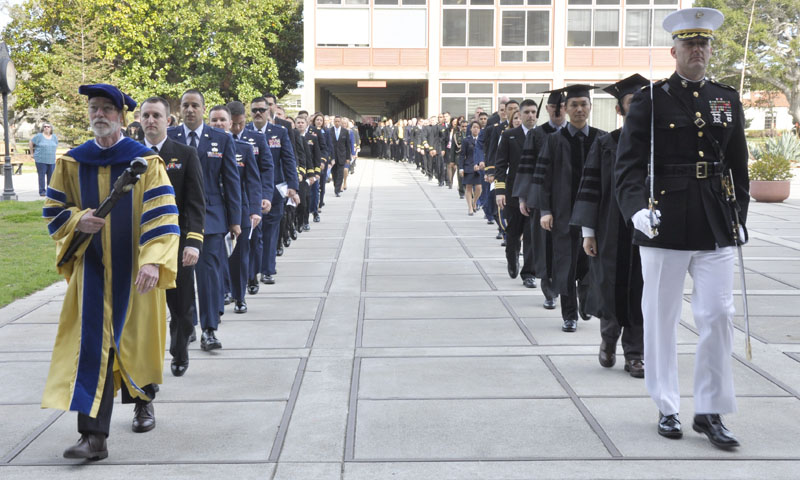 Presiding over the ceremony was NPS President retired Vice Adm. Ronald A. Route, who welcomed graduates and their families while acknowledging the work of NPS faculty and staff. His remarks were followed by those of Hensler, who spoke of NPS as a “learning institution” and the value that it brings to the Navy and the nation.

“NPS is the very best graduate university in our field,” said Hensler. “There is no one else that does what we do, and the value that we bring to our nation’s defense and peacekeeping is immeasurable.”

Hensler offered numerous examples that demonstrate how NPS student- and faculty-led research have saved millions of dollars in areas ranging from alternative energy development to materials research and computer science, but he also focused on the less quantifiable aspects of an NPS education.

Hensler encouraged the graduating class to employ their intellectual capital to the betterment of their respective nations and wished them success in their future careers.

“NPS is like a ship at sea,” said Hensler, “We never shutdown the power plant, we weather storms and we stay the course … We will be here in 5, 10, 20 or 30 years [and our door will always be open to you]. We wish you fair winds and following seas.”