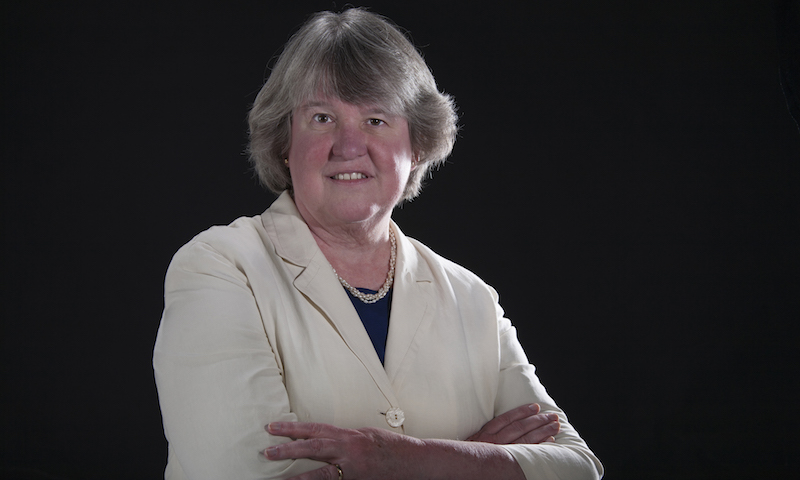 Sanchez was evaluated in five rigorous categories, with her extensive efforts in research, practice, management, education and service all requiring outstanding achievement for election. According to INFORMS, the election to Fellow is limited to 0.1 percent of its active members – that’s one in a thousand – of its distinguished scholars and practitioners.

“I’m truly honored to receive this international recognition. It’s a very special event and milestone for me,” said Sanchez. “I think often those in defense may not realize what a special resource they have at NPS. We do wonderful things here as we educate the next generation of officers and defense analysts. It really helps to show that NPS is on par with some of the major research institutions and public universities across the world.”

Sanchez’ INFORMS citation states her contributions as, “Advancing the defense community’s use of data farming, sustained research contributions to the design and analysis of large-scale simulation experiments, and distinguished service to INFORMS and the simulation profession.”

“This is an extreme honor extended to merely a dozen INFORMS members this year,” said NPS Operations Research Distinguished Professor Gerald Brown, himself an INFORMS Fellow.

Sanchez joins a proud legacy of INFORMS Fellows in NPS OR, Brown says. In addition to Sanchez and Brown, Distinguished Professors Emeritus Don Gaver and David Schrady, and the late Dr. Jack Borsting, a recent NPS Hall of Fame inductee, have also been elected as Fellows to the association.

Sanchez is the 23rd woman to be elected, and has been a member of INFORMS since receiving her doctorate from Cornell in 1986. She came to NPS OR as an NRC Senior Postdoctoral Fellow in 1999, and joined the NPS OR faculty in 2000. Previously, she was on the faculty of the University of Arizona and the University of Missouri-St. Louis, and spent a term as a Visiting Scholar at INSEAD in Fontainebleau, France.

Since joining NPS OR, Sanchez has earned numerous awards, including international recognition for her research in simulation and its effective applications, especially to problems of interest to the U.S. Department of Defense. She also has a joint appointment in the Graduate School of Business and Public Policy, and affiliation with the Modeling, Virtual Environments and Simulation (MOVES) Institute.