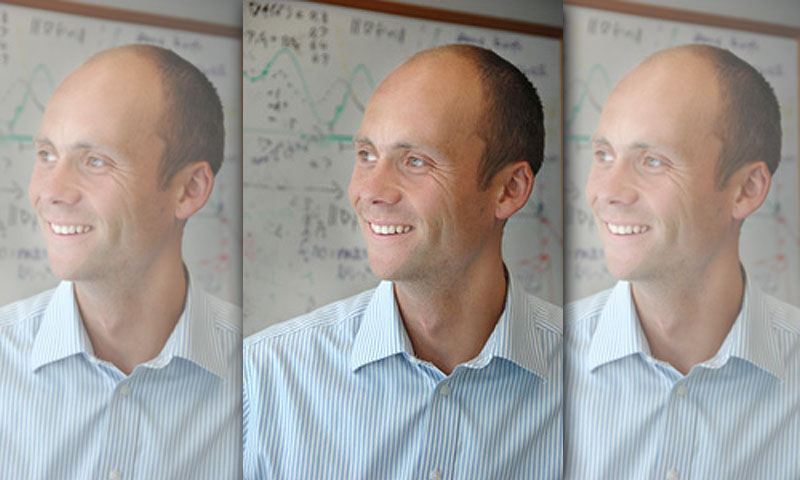 Royset was recognized for both the quality and quantity of his research, the impact his results have had on the Departments of the Navy and Defense, and his exemplary collaboration with NPS students in all aspects of his research.

Royset has been recognized for significant accomplishments in multiple areas of research, including the development of an optimized model for aerial search for special operations; the development of an algorithmic framework for sensor allocation for search, identification and interception; the study of autonomous agents in novel bio-inspired Concept of Operations (CONOPs) for force protection of high-value units (HVUs) in complex environments; and a study of the impact of the USMC-planned Cargo Unmanned Aerial System (CUAS) for tactical logistical support.

His specific area of research is solving optimization problems under uncertainty. What should you do when many things have an element of uncertainty? You must account for it, Royset said.

“Often, plans look good on paper,” he remarked, “but in reality may not be as good as originally thought due to unexpected events.” You must plan for unexpected events in an intelligent way, he added, noting that mathematical models that use this reasoning offer decision makers better courses of actions in the presence of uncertainty.

Royset teaches some 70 to 80 students a year, including distance learning students, and has authored or coauthored 31 publications since joining the NPS community with 21 publications appearing in peer-reviewed journals. One joint paper with student, Maj. D. Reber, received the Military Operations Research Society Symposium Barchi prize for the best paper at the Military Operations Research Symposium in 2009. Royset has received external funding of over $2 million in support of his research.

“This award came as a surprise,” he remarked. He also noted that he had put in lots of hard work with colleagues and students over the years, work that is to be used by the Navy and other agencies. “I’m glad to join the list of previous winners,” he added.

The means to fund this annual award were provided to the NPS Foundation in 1988 by the late Mrs. Jessie W. Menneken in honor of her husband, Carl Menneken, the first Dean of Research at NPS. The award honors an NPS faculty member who has displayed outstanding effort and achievement in research in science and engineering. It recognizes recent highly meritorious research with identifiable impact on the Navy and DoD technology, and is intended especially for the encouragement and benefit of younger faculty members.