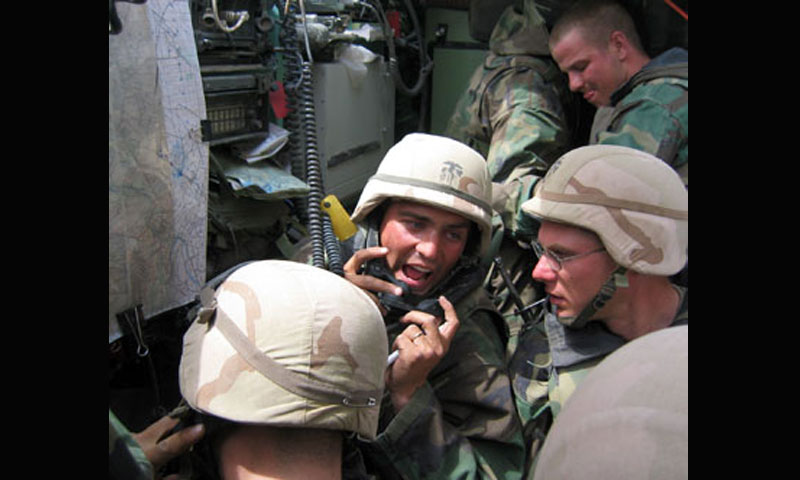 In an age of information overload, students and faculty at NPS are working on eliminating the excess and providing only the most valuable information to Marines in the field. A project known as Valued Information at the Right Time, or VIRT, aims to sift through the constant flow of information streaming to decision makers in order to identify mission-critical information.

“VIRT is something that was created here at NPS,” explained VIRT developer and NPS Information Sciences Professor Rick Hayes-Roth. “It’s been an area of my focus for six years now. I created it in part to counteract what I consider to be a naive tendency to look at information superiority as a thing that can be achieved merely by the production and availability of a huge amount of relevant data. But a huge amount of relevant data, which we already have, often translates into an information glut for the average user, especially one who might be flying a helicopter, or carrying a heavy pack and a rifle.”

A member of NPS' Cebrowski Institute, Hayes-Roth developed the concept for VIRT as a way to filter out unwanted or unneeded information to deliver only the most significant data to end users, providing a clear picture of mission-critical factors. After teaching the concept of high value information management in his classroom, Hayes-Roth was visited by a former student serving as team leader for a rapid prototyping initiative at Marine Corps Systems Command. He proposed a project to combine the abilities of the VIRT program with the need for a reliable Persistent, Intelligent, Surveillance, Reconnaissance (PISR) system, at a rapid prototyping speed.

The Marines need a way to collect, organize and filter data that can enable the warfighters to maintain an accurate and timely understanding of dynamic battlefield situations. In addition to identifying what information is valuable, the Marines need flexible ways to deliver information to the troops with a format that can be adjusted to fit various communication technologies, including small computers, radios, PDAs, headsets and phones. The brainchild of the partnership between Hayes-Roth and the Marines is known as Rapid Prototyping VIRT (RPV).

RPV is designed to eliminate the need for a person to be sitting behind a computer screen, surrounded by phones and monitors, sifting through incoming data to determine what is most significant to the mission at hand.

“VIRT is the name that we have given to a kind of service that we think should be present in all information rich environments where you are trying to help time-stressed people,” said Hayes-Roth. “What VIRT refers to is a service that gives each person timely significant data by automatically filtering out all the other data. So, this isn’t magic but it has extraordinary performance advantages. And while it can’t solve all problems, it can solve a few problems really well if implemented appropriately.”

In January, Hayes-Roth began assembling a research and development team to create the PISR product line architecture. This type of software product line enables developers to create a series of specialized products, all sharing a common architecture. Producers can then serve various market niches with different combinations of architecturally-compatible components. Adopting this practice for military systems, Hayes-Roth noted, dramatically reduces the time required to produce systems tailored to specific mission requirements, allowing the Marines to make use of new capabilities quickly rather than waiting 10 or more years as is typical of system procurements.

Information manipulated by the PISR systems can have extraordinary potential for Marines whose lives depend on factors that can routinely change in a moment’s notice. A terrorist rounding a corner, a suspicious object on the side of the road or inclement weather on the day of an operation all represent significant factors that could ruin an operation. The goal is to detect these events automatically and notify Marine personnel in time to make appropriate changes to their plans. 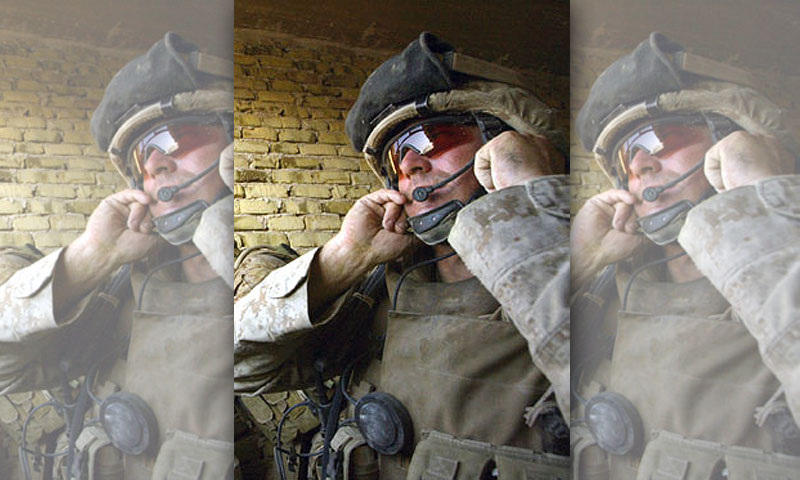 The in-field application for RPV will provide warfighters a program to input conditions or factors upon which a plan is contingent. Through multiple sensors, cameras and incoming recorded data, the program will detect any factors that differ significantly from what the decision makers expected. The program is intended to automatically filter out all of the insignificant or irrelevant information bombarding warfighters in the field, so they can focus on only mission-critical information.

Imagine a group of two or three Marines setting up a tent in a remote area, Hayes-Roth explained. The kinds of communication capabilities can vary anywhere from a basic handheld radio to a laptop or PDA with Internet connectivity. The system is designed to deliver notifications in various forms depending on the technology available in the field. A radio transmission might broadcast information to the squad leaders or a box will pop up on the computer screen notifying them of a sniper at 200 meters, 15 degrees East of North from the village center, for example.

“Rather than thinking that the answer to our problems is to gather an infinite amount of potentially relevant data and have people somehow find what is important, VIRT suggests that’s the perfect application for computer processing power,” explained Hayes-Roth.

VIRT serves mission planning as well. For example, if Marines planned a hostage rescue operation and intended to refuel at a specific landing zone, VIRT would be useful in assuring the assumed factors were all in line for a successful mission. Factors that might be input include weather conditions, the number of available refuelers, how far they can fly, and so forth. Let’s suppose the unit is expecting three refuelers, five helicopters and clear weather on the landing pad on the day of the mission, in order to ensure all runs according to plan. Once all factors are entered into the program, continuous monitoring of these conditions determines any variance from the plan’s assumptions. If the weather suddenly takes a turn for the worse, or one of the helicopters is out of commission three hours before the plan is to be executed, decision makers will be notified of the violated assumptions, allowing them to determine the best way to proceed.

In addition to battlefield applications, VIRT has potential to be useful in homeland security and other surveillance efforts. Professor Hayes-Roth notes the increasing trend in camera surveillance throughout large cities. More cameras require more bodies monitoring them, which tends to eat up already strapped budgets, often removing vital police forces from patrolling the streets where they are needed most. He offered the recent Time Square bombing attempt as an example.

“You might think that high value information delivery would be natural or not need to be explicitly called out, but we have lots of surveillance systems in the world. Most of them look like video cameras that project real time video images into a center where people sit in front of lots of screens and the humans are expected to observe and detect important things. But in the case of the Time Square bomber, nobody detected anything in the videos. It was a guy selling T-shirts on the street who noticed something. There’s an implicit assumption that as we collect more and more video, we’ll just put more and more humans sitting in front of these screens. The bang for the buck is very low there, and since the budgets are finite, you have to ask how you can spend money so that I would assuredly improve mission performance.”

For deployed soldiers and Marines, manpower is critical to both safety and success. The number of people available to monitor television screens, or filter incoming data that may or may not be relevant is limited. Instead, the Marines demand a more efficient way of monitoring information to free up manpower and focus on executing field missions.

As new technologies are developed, and sensors become more advanced, RPV-architected PISR systems will adapt and maintain a clear picture of the mission at hand. As with many new technologies, however, the process of going from lab testing to field application can be a long one. Through rapid prototyping, the NPS team anticipates being able to produce the structure, process and methods over the next three years to enable the Marines to produce mission-tailored PISR systems in 18 months from concept to field.