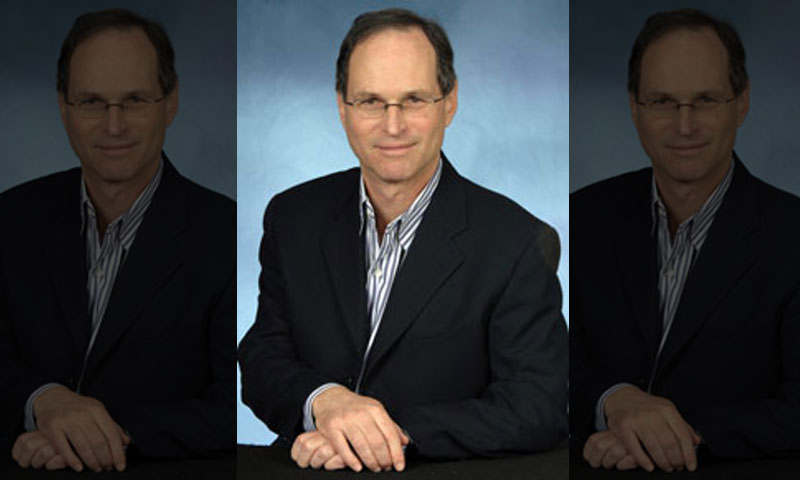 Dr. Paul Noble Stockton, former Associate Provost at the Naval Postgraduate School (NPS), was confirmed yesterday, May 18, by the U.S. Senate as the Assistant Secretary of Defense for Homeland Defense and America’s Security Affairs.

Stockton has achieved a long and distinguished career with NPS, which dates back to 1990. Prior to his appointment as Associate Provost, he was the founding Dean of the School of International Graduate Studies and was instrumental in developing two nationally recognized Centers -- the Center for Civil-Military Relations (CCMR) and the Center for Homeland Defense and Security (CHDS). He is well known for his many contributions and leadership in helping to meet the educational needs of U.S. and allied officers and government officials. NPS President Daniel Oliver said, “Paul has been a big part of developing significant programs of national interest at NPS. The Department of Defense and the nation will undoubtedly benefit from his experience and leadership in this new role.”

Professor Stockton is widely known as a visionary who possesses an uncanny ability to anticipate the needs of government officials, creating relevant and innovative programs before requirements are fully articulated. In the mid-1990s, Dr. Stockton recognized the need to assist the democracies of Central Europe as they emerged from the shadow of Soviet control. Stockton created CCMR to help officers and government officials in these new democracies understand basic elements of governance in a democracy, aspects of the policymaking process that are often taken for granted by Americans. CCMR has since expanded considerably, continuing to help transfer best practices in democratic reform, civil-military relations, counter-terrorism and stability and reconstruction operations to America’s friends and allies around the world.

Stockton also responded quickly to the tragedy of September 11, 2001 by advancing the notion that graduate level education could bridge the legal, bureaucratic and cultural divide that often separates local, state, tribal and federal officials. At the time, the U.S. Department of Homeland Security did not exist and little educational material was available on homeland security. He actively pursued a partnership between the U.S. Department of Justice (DOJ) and the Naval Postgraduate School.

Darrell Darnell, current Director for the Homeland Security and Emergency Management Agency for the District of Columbia was at DOJ at the time and remembers, “The challenge was that our idea was so unique [no other institution was focusing solely on homeland security education] that not many people thought it was worth doing and the emphasis at the time, coming on the heels of 9/11, was on equipping first responders and hardening potential targets. Not much thought was being given to the long-term strategic issues surrounding homeland security with respect to state and local officials that CHDS facilitates.”

When asked what made him agree to fund a program that had never been attempted, Andy Mitchell, former Director of DOJ’s Office for Domestic Preparedness said, “Our hope was that the Center would create opportunities for higher education to homeland security decision-makers. We wanted an educational forum to discuss and debate strategic solutions for the new critical issues and threats facing our country.” He added that Stockton was the one who made it happen through his commitment and ability to bring the necessary people to the project.

Jim Morhard, then Staff Director for the Commerce, Justice and State Appropriation Committees said, “At the time, there were so many unfunded requirements for training. The vision was to create a cadre of professionals who were educated with standards and capabilities that did not yet exist." Stockton's relentless pursuit to achieve this goal was one of the main reasons officials committed resources to the idea.

By 2003, Stockton’s initial vision took shape in the form of a nationally-recognized center devoted to developing new strategies and policies, bolstering domestic security with available resources. Eventually, the Center for Homeland Defense and Security produced innovative graduate degree programs and executive seminars that blended material drawn from a variety of subjects and disciplines – intra-governmental relations, network vulnerability, intelligence, and law enforcement, counter-terrorism – into a coherent field of study.

Scores of mid to senior level officials representing law enforcement, fire service, emergency management, public health, military, federal government and others have enrolled in the CHDS program, producing cutting edge research as they undertake their graduate studies. The course content and research produced by the faculty and students at CHDS is made available to educational partners across the United States to enrich and support other efforts to meet the nation’s needs for homeland security professionals.

Stockton's attention now must turn to serving his country at the Department of Defense. And to those state, local and federal officials who know him, there seems a collective confidence he will bring his same tenacious visionary attitude to his new position.

“The military’s role in U.S. domestic operations is to provide support to civilian entities under the direction and authority of competent (i.e., constitutionally and/or statutorily prescribed) civilian authorities. Paul understands the constitutional role of the military and therefore brings together civilian and military leaders at every opportunity to foster and encourage a closer, more sophisticated understanding of their respective roles, capabilities, limitations and responsibilities” says Tim Lowenberg, The Adjutant General, Washington Military Department and Homeland Security Advisor to Governor Chris Gregoire.

Prior to his confirmation, Dr. Stockton was also a senior research scholar at Stanford University's Center for International Security and Cooperation (CISAC).