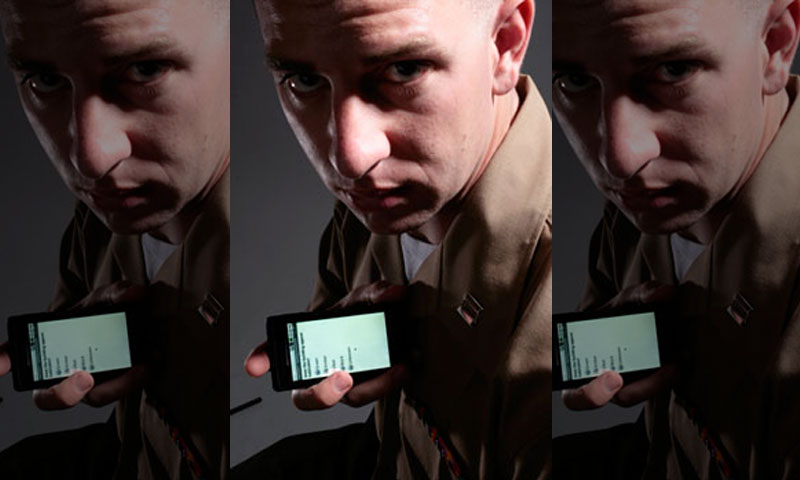 Thanks to a faculty-student team at the Naval Postgraduate School, smart phones will play an even greater role in field-based data collection for a variety of missions, from humanitarian assistance and disaster response (HA/DR) to counterinsurgency operations.

Using form-based collection, FIST enables data visualization through the Fusion View sensor fusion system and information management via a Web-based portal. Building on a previously developed system at NPS, FIST enables data to be collected in the field, sent to a remote server and pushed to existing databases. Additionally, it enables data manipulation by exporting data into native formats for various analysis applications. Some of the databases currently being integrated with FIST are the Worldwide Civil Information Database, the International Studies of Violent Groups and the Combined Information Data Network Exchange.

“FIST is an ideal information tool as it allows the 24/7 visualization of detailed data about a population’s composition, social structure and physical terrain that informs decision making,” Longley said. “In fact, a team from the University of Central Florida Institute of Simulation and Technology is using it to collect survey data in the wake of the earthquake in Haiti.

“Existing field data collection systems expensive, cumbersome and heavy, weighing as much as 40 pounds. [They] aren’t user friendly, weren’t developed for current tactical uses, and don’t have the functionality of existing commercial-off-the-shelf (COTS) smart phone applications,” Longley added. “FIST is a highly flexible, low-cost alternative to these systems that takes advantage of COTS smart phones running custom software, making it possible for every individual to have a robust collection platform. In fact, our mantra is ‘Every Marine a collector’ because all you have to do is change your SIM [cell phone data] card, and anyone can use it. “FIST is the result of a bottom-up process, based on the field experience both Chad and I had in Iraq,” Longley stressed. “When I was a radio reconnaissance platoon commander and then an officer-in-charge during combat operations in Operation Iraqi Freedom, I asked myself, ‘There are thousands of smart phone apps. Why can’t there be one that makes it easy to pull together and visualize all this data we’re collecting?’ So we designed a customized software solution to meet our own operational need. If we’d had FIST then, we could have gotten them to a much larger collector team, and had a much wider and deeper sensor network.”

From May 14-21, Longley, Ehlert and Information Sciences Lecturer Ed Fisher operationally validated FIST Light as part of the 2010 Cooperation Afloat Readiness and Training (CARAT) Thailand joint training exercise between the U.S. Navy and Marine Corps, and Royal Thai Navy. The team focused on the collection of health-related information, mapping data on hospitals, medical and dental clinics, and the availability of pharmacies for medical supplies in both Google Earth and Fusion View. Their Motorola Milestone GSM smart phones transmitted data via a Puma All-Environment (AE) mini UAV circling overhead. Tiny high-resolution cameras on board the UAV took videos of people and places below, tagged them with GPS coordinates and fed the data to an operations center on board the Thai frigate HTMS Naresuan for fused real-time visualization with the FIST collection reports.

In an ad hoc test, two of the smart phones were attached to the UAV, which allowed it to be tracked by the frigate command center in both Fusion View and Google Earth.

Exercise participants who collaborated with the NPS team were Ivan Cardenas of Kestrel Technology Group and Cyril Berg, Paul Trist and Aaron Aamold of the Puma manufacturer AeroVironment.

Now in their 16th year, the CARAT series of amphibious exercises are designed to build positive relationships, interoperability and force readiness between the U.S. Navy and Marine Corps and the navies of southeast Asia partner nations. Participating in CARAT 2010 were the U.S., Thailand, Brunei, Indonesia/Naval Engagement Activity, Malaysia, the Philippines, Singapore, Cambodia and Bangladesh. This year’s exercises brought together a combined total of 18,000 personnel, including 1,600 from the U.S., 50 aircraft and 73 ships.

“The demonstration of FIST Light as an integrated HA/DR and reconnaissance platform in CARAT Thailand 2010 was a definite success,” said Ehlert. “This was stated by Rear Admiral Nora Tyson, Commander of Combined Task Force 73 and Logistics Group Western Pacific, which is exploring making the Naval Postgraduate School a clearinghouse for technology requests from host nations for the CARAT 2011 series of exercises.

“Our combined team successfully demonstrated smart phone data management, integration with state-of-the-art UAV technology, robust visualization at the TOC [Tactical Operations Center] data fusion center, and the system’s strong tactical capabilities for site reconnaissance and over-the-horizon communications relay,” Ehlert added. “The military is quickly moving towards an all-digital force, and FIST is a major step in getting us there.” 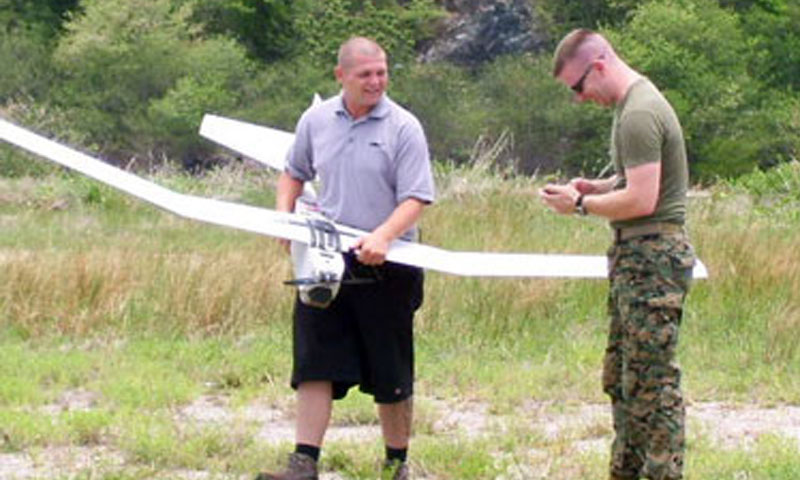 NPS student Marine Corps Capt. Carrick Longley, right, and Mr. Aaron Aamold of unmanned aerial vehicle (UAV) manufacturer AeroVironment prepare to launch a Puma All-Environment mini-UAV during the CARAT Thailand 2010 exercise in May. The UAV relayed video images from its onboard cameras and ”human terrain” data collected using the Field Information Support Tool (FIST) Longley designed for his master’s thesis to a tactical operations center where they were seamlessly fused for decision makers.

“All of our field successes have been made possible by the dedicated pre-mission preparation of the NPS CORE Lab team and the support of [Operations Research Lecturer and Maritime Defense and Security Research Program Director] Capt. [Jeff] Kline,” Ehlert stressed, “who provided the resources to turn the FIST vision into a reality.”

FIST has been briefed to a number of operating units, research organizations and Department of Defense agencies. It was a featured presentation at the 2009 DARPA Non-Kinetic Targeting Workshop, and at the 2010 Social Computing and Cultural Modeling Conference in Thailand.

The NPS FIST team will also perform enhanced Fusion View integration testing as part of the Pacific Endeavor 2010 exercise with 23 participant nations in August, injecting live data collection reports from Manila, the Philippines, to a command and control center in Singapore.

In addition to the Naval Postgraduate School, FIST research is sponsored by U.S. Pacific Command, Special Operations Command Pacific, the Office of Naval Research and the Counter-Narcoterrorism Technology Program Office.