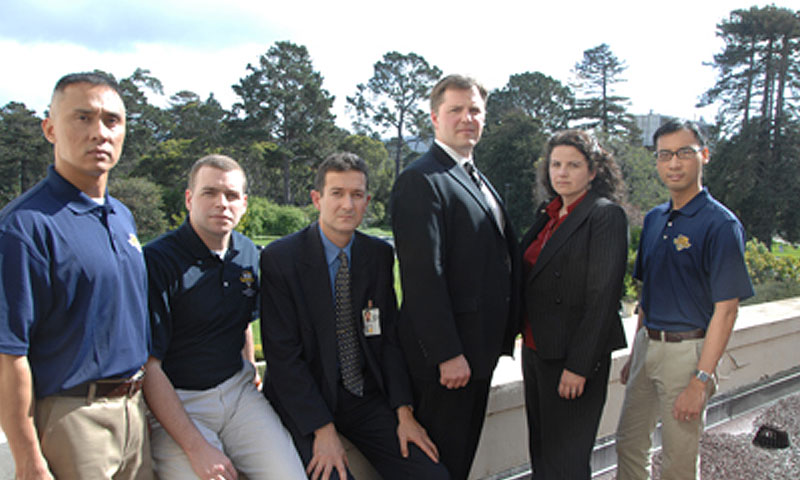 Protecting the critical infrastructures of the United States – the electric power grid, oil and gas, transportation, communications, food and agriculture, and water – is a key focus for the Department of Homeland Security (DHS), and of the Department of Defense (DoD).

The risks to infrastructures, however, come not only from terrorists and other deliberate threats, but also from non-deliberate sources, such as accidents, failures and Mother Nature. Infrastructure systems need to be equipped to function even when they suffer damage, and the Center for Infrastructure Defense (CID) at the Naval Postgraduate School (NPS) routinely studies vulnerability assessment and optimal investment for these systems.

Established last year under the Operations Research (OR) department, CID looks at how infrastructures respond under stress, and how to invest limited resources to make them more resilient to disruptions. CID Director Professor Dave Alderson and Executive Director Distinguished Professor Gerald Brown lead the team of OR faculty to help students utilize the skills learned in their OR studies to test the resilience of some of the country’s most critical infrastructures.

NPS’ OR department is the oldest and largest in the country, with a distinct defense focus that provides students with the skills and tools to analyze potential catastrophes through modeling and simulation.

We couple a model of infrastructure operation with one of how an intelligent adversary would attack, given knowledge of how the target system works,” he continued. “The result is a model federation that discovers the most-damaging attacks and how the infrastructure would best respond. We measure resilience in terms of the level of degradation in system response to the worst-case disruption.”

The 2007 National Strategy for Homeland Security notes that resilience is key in the event of a threat.

“We will not be able to deter all terrorist threats, and it is impossible to deter or prevent natural catastrophes,” the document states. “We can, however, mitigate the nation’s vulnerability to acts of terrorism, other man-made threats, and natural disasters by ensuring the structural and operational resilience of our critical infrastructure and key resources.

“We must now focus on the resilience of the system as a whole,” it continues, “an approach that centers on investments that make the system better able to absorb the impact of an event without losing the capacity to function.”

In a recent presentation to NPS leadership, Alderson provided an overview of the CID and the organizations partnering with the center to assess the resilience of critical infrastructure around the country.

Through CID, students explore potential catastrophic scenarios and the ability of each affected system to function through a worst-case disruption. They use models to assess each scenario and determine ways to strengthen that system. In the CID presentation session, students Lt. Timothy Yuhas, Lt. Jason Ileto and Cmdr. Tino de la Cruz briefed leadership on their theses, analyzing two infrastructure systems in the Hawaiian Islands, and planning the emergency evacuation of citizens from the California Central Valley in case of a major flood.

“I looked at the systemic capacity of highways in Central California to accommodate inordinate demands in an evacuation,” explained Yuhas. “This model will be used during Golden Guardian 2011, which is a yearly state-wide emergency planning and response exercise that is conducted for emergency services throughout the state of California. The objective for this year is to plan for massive inland flooding, specifically in the region that we are addressing here, to try to understand how they can respond to a major catastrophic inundation” 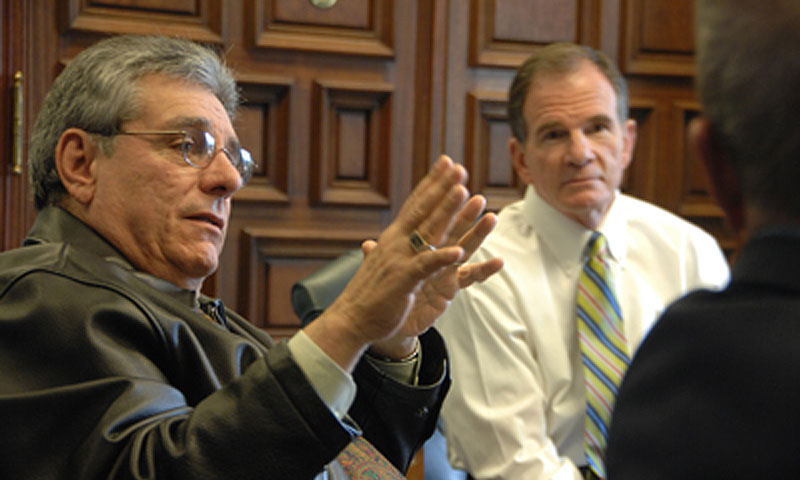 NPS Executive Vice President and Provost Leonard Ferrari, left, and President Dan Oliver share their thoughts with CID students during their outbrief presentations. The students analyzed infrastructure in California and Hawaii to determine how well the systems could function if compromised.

Yuhas modeled evacuation from the central California region to determine the how to direct evacuees, and to predict where evacuees would need assistance during their exodus.

Alderson noted the unique military perspective of NPS’ OR department in contrast with other OR departments around the world. “We look at our own domestic critical infrastructures through the eyes of intelligent adversaries. Through system modeling and analysis, we explore weaknesses in infrastructures, and explore ways to effectively strengthen them,” said Alderson.

As part of the OR curriculum, students are educated with this specialized type of modeling and analysis. They also have the benefit of their military experience, which gives them an advantaged perspective of potential areas of vulnerability.

“Our center is new, but the techniques that we use have been developed here at the Naval Postgraduate School over the last couple decades,” said Alderson. “Looking at the system through the eyes of an intelligent adversary, we wonder what parts of an infrastructure we would target to achieve a given effect. How do we invest in a manner that makes this infrastructure resilient to disruption?”

The CID has explored over 150 ‘red team’ case studies in areas from emergency response to site security.

Brown noted that NPS is well equipped to address issues of infrastructure stability, and to support the DHS and DoD in securing our nation’s critical systems – from transportation and communication to resources and emergency response.

“The Naval Postgraduate School is unique on the planet for its combination of scholarship and knowledge of military technology and practice,” added Brown. “We are military planners who know how to play offense. This is key to the assessing the capabilities of an intelligent adversary. We have a unique opportunity to employ this domain expertise to analyze infrastructure systems and to prescribe the most effective defensive investments.”