The Power to Heal from 100 Miles Away

null The Power to Heal from 100 Miles Away

The Power to Heal from 100 Miles Away 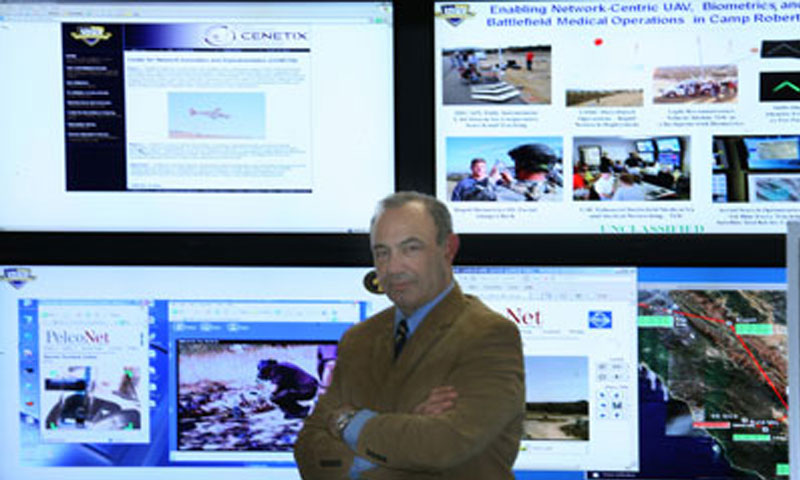 The spatter of continuous gunfire is such a constant, it’s become nothing more than background noise, something the soldier hardly even hears anymore. He creeps silently across the warm sand, slightly comforted by the new battlesuit he’s wearing and the protection it will give him in the field.

With a collection a thumps, bullets spray the ground next to this warrior, spurring a light sprinkle of sand into his face. A strange sensation indeed, but it’s the even stranger singeing heat on his right side that is the most curious. A lunge forward, and his adrenaline ceases from masking the pain of the wound … he has been shot, and is beginning to lose blood rapidly.

The soldier finds cover, but knows that his blood loss is approaching severity, and there will not be a medic at his side fast enough, not in this firefight. He then hears something wonderful … not a voice offering help, not another soldier on his way to treat the wound. Rather, it’s that undeniable buzz of the Navy’s Predator Unmanned Aerial Vehicle, which has been circling tonight’s area of operations.

With that sound, the soldier knows the medicine he needs has already been delivered to his bloodstream; relief is immediate, and his condition is stabilizing. The medic will be there soon, and this soldier will make it.

It’s called battlefield medical, and discovery into this new field and the technologies that make it possible are just one of several applications researched through the Center for Network Innovation and Experimentation, or CENETIX. Working in close collaboration with the Institute for Soldier Nanotechnology at the Massachusetts Institute of Technology (MIT), a remotely deliverable medical nanopatch is just one small piece of the potential battlesuit of the not-so-distant future.

“Help can be delivered in so many ways,” says Dr. Alex Bordetsky, Director of CENETIX and Professor of Information Science at the Naval Postgraduate School (NPS). “There must be other means available of delivering the healing control to the casualty in the field.” This is the essential thought behind battlefield medical, Bordetsky adds, taking advantage of current technology “to deliver the healing power without direct contact from medical personnel.”

The science is relatively simple. A nanopatch built into a soldier’s field suit can contain almost any medicine, and with a basic actuator, the patch can release the medication through the skin, and into the bloodstream. A suit can easily include multiple patches, each carrying a different medicine depending on the severity and need of the patient.

The Predator UAV circling the mission’s area of operation is not only there for video surveillance, it is also the delivery mechanism, capable of sending a signal from the craft to the nanopatch actuator, releasing the medication into the casualty.

With the extensive experience in advanced networking, one of the hallmarks of the CENETIX team’s work, the notion of using a broadband, deployable network to activate the medical patch was an easy and intuitive transition. “Using the UAV to get close to the casualty and ignite the healing control is obvious,” Bordetsky notes. “Really, activating the medical patch is a very simple networking action.”

These capabilities are what advanced networking and CENETIX make possible. Clearly, battlefield medical is just one application of this capability, but the research conducted through CENETIX takes this same concept to futuristic extremes.

Research has already been conducted that would allow a Predator UAV circling an area of operations to continuously feed data back through a deployed broadband network to the Tactical Operations Center. Small sensors called eTags, like the medicine delivery nanopatches, are built into the future battlesuit. These eTags read and send critical health data and vital sign telemetry for each soldier in the field back to the TOC, such as pulse, blood pressure, body temperature, even anxiety levels and much more.

With all of this, in addition to the GPS locators, decision makers in the TOC can see exactly where each member of the team is located, their health and physiological status, details on the surrounding environment, and video and audio. In short, the level, detail and range of information available to effectively direct the mission are at the highest of levels, and are at the core of the work performed by Bordetsky and his team of students and fellow researchers.

So when that same soldier creeps silently through the warm sand, equipped with that fully operational battlesuit of the future, he can rest assure that the medicine is readily available if the dire need arises. But with the continued exploration of advanced networking technologies and capabilities through NPS and CENETIX, perhaps even more comfort can be derived in knowing that the tools are in place to ensure he won’t ever even need that medicine in the first place.