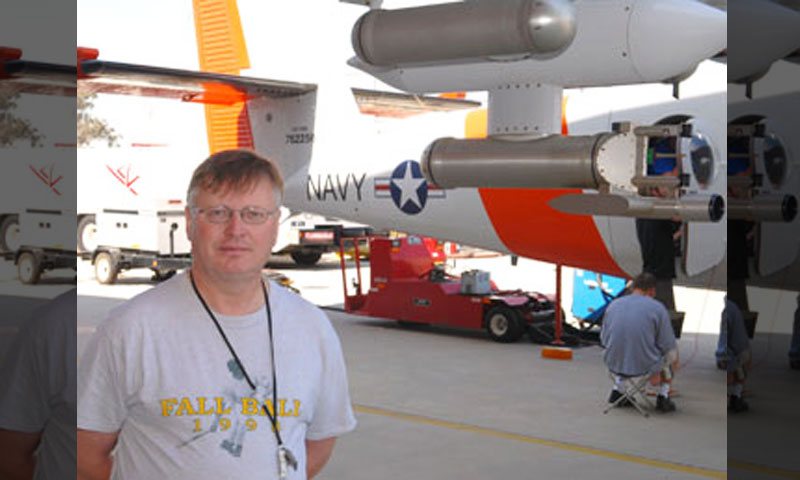 Part of the University Research Initiative, the awards fund the acquisition of new research equipment by U.S. institutions of higher education to enhance their ability to conduct research and educate scientists and engineers in areas of importance to the national defense.

Agrawal will use his $300,000 grant to fund the purchase of a ship motion simulator for the NPS Spacecraft Research and Design Center’s laser beam control test bed.

“We need to be able to mount the beam control test bed on a device that reproduces a ship’s motion in order to test the control algorithm,” Agrawal said. The software program compensates for the ship’s motion so that future shipboard anti-missile weapons like the Free Electron Laser being researched at NPS can hit their targets.

“This is the first time I’d applied for a DURIP Award and it’s a highly specialized piece of equipment, so it’s a great honor to be able to use these funds from ONR [the Office of Naval Research] to benefit the Navy and DoD,” Agrawal said during a break in a meeting at the High Energy Laser Joint Technology Office.

Chiu plans to use his $278,000 grant, also from ONR, to acquire two moored wide-band sound sources that will enable shallow-water acoustic propagation experiments in non-U.S. waters covering the upper half of the low-frequency range.

“These compact, highly efficient, portable sources with 500-800 and 800-1200 Hz sweeps will greatly enhance the frequency coverage and diversity of the existing pool of moored sources available to the U.S. shallow-water acoustics research community,” Chiu explained. “My understanding is the award competition is pretty stiff – about one in five [are selected] – so we’re very pleased to be able to obtain equipment that will go a long way to filling in the data and knowledge gaps that exist in the community.” 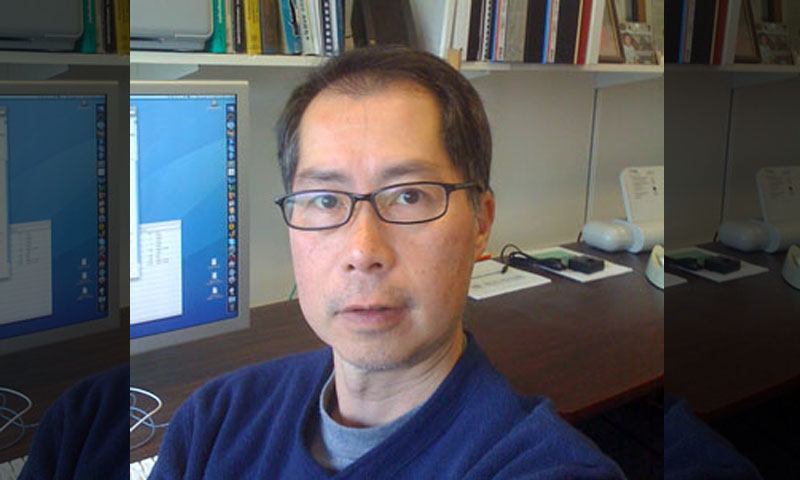 Chiu has participated as a lead scientist in almost all of the shallow-water acoustic propagation experiments sponsored by ONR in recent years, including the Barents Sea Polar Front Experiment and Asian Sea International Acoustic Experiments.

Jonsson will be using his DURIP grant to purchase a suite of atmospheric sensors – including advanced thermometers and pressure and radiation sensors – as well as satellite communications capability to renew and enhance the payload of CIRPAS’ “Twin Otter” low- and slow-flying aircraft.

“The new satellite communications will enable us to watch in real time on the ground what the instruments are measuring in the atmosphere, from a laptop via the Web,” he said. “This eliminates the need for a flight scientist on the plane, which frees up more space for the scientific payload. The grant will also help us maintain the airplane, so we can keep the research going.”

Jonsson, who is from Iceland, has been at NPS for 12 years. As a research assistant with the Atmospheric Sciences Research Center at the State University of New York in Albany (SUNYA), Research Associate and Assistant Research Professor at the University of Denver Department of Engineering, he specialized in using aircraft for data generation and collection and worked with NASA’s high-altitude planes studying the ozone layer over Antarctica and following a large volcanic eruption in the Philippines.

“If you can generate and collect it from a plane – atmospheric, oceanographic, meteorological, pollution, aerosol dispersal, cloud data, you name it – that’s what I do,” Jonsson said. “One of the most interesting things we discovered was that airplane emissions contain nitric oxide, which can actually protect the ozone layer by tying down the chlorine atoms that would otherwise break loose in the atmosphere,” he noted during a break in a recent experiment using CIRPAS’ “Twin Otter” plane to gather air quality data over the San Fernando Valley.

Jonsson received his B.A., M.S. and Ph.D. degrees in atmospheric science from SUNYA. He is the recipient of three NASA Group Achievement Awards, NOAA’s Environmental Research Laboratory Outstanding Scientific Paper Award, the American Meteorological Society’s Robert Leviton Award and the Presidential Award for Distinguished Doctoral Dissertation; and has been a NATO Fellow. He serves on the editorial board of Atmospheric Research journal.

Chiu’s expertise and focus is in ocean acoustics and acoustical oceanography. He earned a B.S. from Northeastern University and an ScD degree from the Massachusetts Institute of Technology and Woods Hole Oceanographic Institution, where he also did postdoctoral research and was a visiting investigator. Chiu has served as a research scientist with the Stennis Space Center Institute for Naval Oceanography, and taught as a visiting professor at Harvard University. From 2005-2009, he was a detailee Program Officer/Manager with the Office of Naval Research in Arlington, Va. 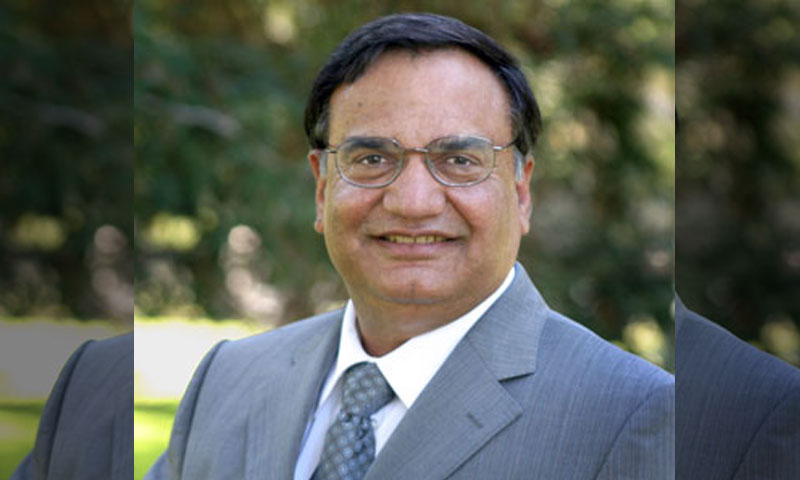 At NPS, Chiu has served as a member of the Research Advisory Panel and Research Board, and became a member of the Academic Council in 2009. In 1991 and 1995, he received the NPS Certificate of Recognition for Outstanding Research Achievements, and won the Menneken Faculty Award for Excellence in Scientific Research in 1992.

Chiu is a fellow of the Acoustical Society of America, and received the Japanese Government Research Award for Foreign Specialist in 1997. He was honored with two Arthur D. Little Presidential Awards, in 1977 and 1978, and is the Editor-in-Chief of the Journal of Computational Acoustics. Chiu also served as the Associate Editor of the U.S. Navy Journal of Underwater Acoustics, from 1994 to 2001.

Agrawal received his Master of Science from McMaster University in 1964, and his Ph.D. from Syracuse University in 1970. He is the author of the first textbook on spacecraft design, Design of Geosynchronous Spacecraft, as well as over 135 published peer-reviewed articles, and was awarded a design patent for an attitude pointing error correction system widely used for COMSAT operations in inclined orbits.

Before moving to the academic world, for 20 years Agrawal worked for Communications Satellite Corporation (COMSAT) and the International Telecommunications Satellite Organization (INTELSAT), where he did research in spacecraft attitude control, structures and testing. During that period he participated in the development of the INTELSAT IV, IV-A, V and VI, COMSTAR and MARISAT satellites.