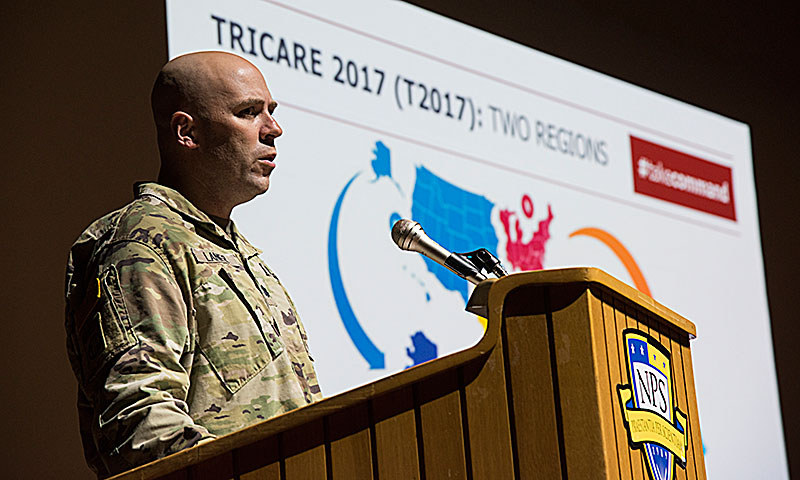 Effective Nov. 22, 2017 there will be a freeze on enrollment on the TRICARE website, he explained.

“The managed care support contract for TRICARE in the West region, where we are, is going to change,” said Lanier. “HealthNet Federal Services will take over the contract from United Healthcare West for military and veterans.”

“The default pathway will depend on whether you live in an area where there’s a military treatment facility,” said Lanier. “If you don’t or you live overseas, family members, unless the service member ops otherwise, are going to be enrolled in TRICARE Select. If you live in the continental U.S. with a military treatment facility nearby, then you’re automatically going to be enrolled in TRICARE Prime, unless you declare otherwise.”

The Maj. Gen. William H. Gourley VA-DOD Outpatient Clinic in Marina was opened in August for added care for veterans and family members. The clinic is also a good source for clarification on the TRICARE changes, Lanier noted.

“People who are already in prime are going to stay in prime and there will not be a forced end function,” Lanier continued.

In closing, Lanier encouraged service members and their families to take advantage of the information available on the TRICARE website for further details on upcoming changes, and how they may impact individual families.