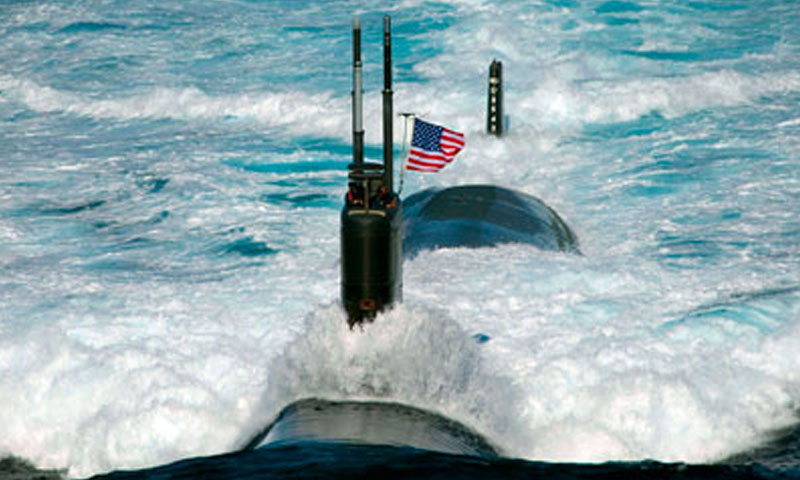 As the military branch tasked with protecting our nation’s waterways, the Navy remains diligent in areas of maritime security and undersea warfare. In 1971, as the Cold War continued and the perceived threat of Soviet submarines loomed into the deep seas, NPS responded with the development of the first academic group on campus. The Undersea Warfare Academic Group (USWAG) was established to create a curriculum focused on an interdisciplinary approach to Undersea Warfare in a way that would prepare naval officers for the challenges of the time. The group downgraded to a committee in 2001 after it seemed the end of the Cold War also meant the end of sub-sea threats against the U.S.

“During the Cold war, we were best at it in the world … far superior to anyone else,” explained Undersea Warfare Chair retired Rear Adm. Jerry Ellis. “We have let a lot of our skills atrophy, and now we’ve got to build those skills back up. So it’s not necessarily that we don’t have the right equipments or the right submarines. It’s more about the training, proficiency and knowledge. And it’s going to take some time to get us back to where we were. I would still say that in the world today, no one is better. But that edge that we had is really down to a very small margin.”

With the recent development of advanced submarine and sea mine technologies around the world, the Chief of Naval Operations and Secretary of the Navy have begun to stress the importance of vigilance and training in the Undersea Warfare field. There is a growing need for the Navy to strengthen those skills and prepare seamen for the potential challenges that lie ahead.  In response to the need, NPS re-established the USWAG as part of the Graduate School of Engineering and Applied Sciences (GSEAS), allowing them once again the funding, staff and status needed to ensure students are receiving the most relevant undersea warfare education.

“Clearly having this kind of a group come together is one of the real strengths of the Naval Postgraduate School,” noted Rick Williams, Mine Warfare and Expeditionary Warfare Chair, and also a retired Navy Admiral. “Only NPS can structure advanced educational programs for the officer corps of future generations that are based on world class academic rigor and are applied by our students to research that is relevant to current Navy needs and that addresses current Navy problems.”

The group is tasked with ensuring NPS submariners, aviators and surface warfare officers receive the best possible interdisciplinary undersea warfare education, drawing from mathematics, signal processing, operations research, oceanography, unmanned systems, modeling and simulation, and physics courses. Submarine technologies are ever-changing and remaining on the forefront of research, developments and training in the field is the goal of USWAG. Battle at sea, especially undersea, is vastly different from fighting on land, and the Armed Forces must have leaders trained in handling potential attacks from enemy forces in even the most difficult conditions.

“The problem is that warfare underwater is a lot different from warfare on or above the water,” said Williams. “There are a lot more things that are involved. You can’t see things as well. You have to use different technologies in the water than you would rely on above the water. The underwater environment can change quickly as a function of time or location and each environmental change that is encountered can significantly impact operations. To be successful in undersea warfare, we need leaders who are educated in the science and technologies that define the challenging undersea world and who are knowledgeable in the application of science and these technologies to undersea warfare needs.” 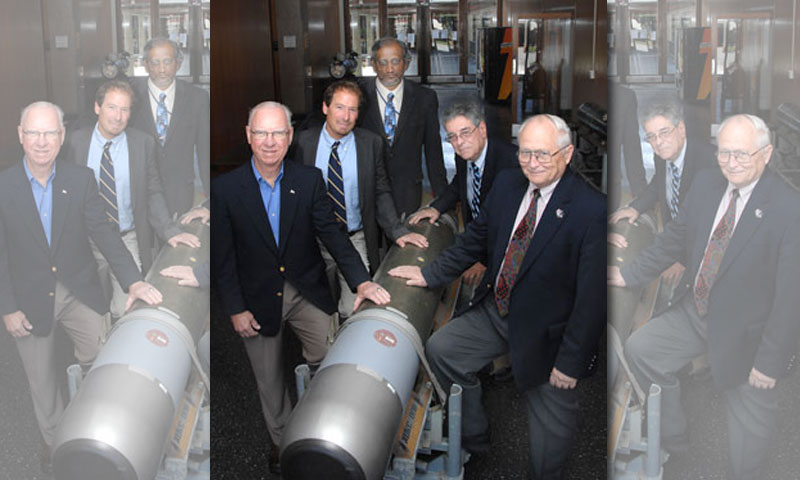 The USWAG, chaired by Professor John Colosi, is charged with ensuring that the appropriate materials are being taught, the proper curriculum is being used, and that the Navy officers receive the most relevant USW education possible to adapt to those unique warfare settings. Undersea Warfare Chair Jerry Ellis works regularly with leaders to establish an interdisciplinary standard for the kind of material that students require to meet the needs of the Navy.

“I want my students to go back out into the fleet and understand undersea warfare in the surface community, in the aviation community and in the submarine community,” explained Ellis. “When they arrive here, they are a submariner or an aviator or they’re a surface warfare officer. And they are usually a lieutenant. They probably know their community very well. But I remember when I was a submariner, I didn’t know very much about the surface force or aviation. So that’s one of my goals. When they leave, I want them to understand all of those communities – what the problems are, what the issues are, what equipment they use, what weapons they use, what the threat is.”

Undersea Warfare students at NPS will receive their master’s degree in one of several technical fields offered, including Operations Research, Engineering Acoustics, Physical Oceanography, Electrical Engineering and Mechanical Engineering. They will have an undersea warfare concentration, giving them a well-rounded education in multiple disciplines while taking specific courses on topics such as modeling and simulation for undersea warfare, non-acoustic sensor systems and sonar systems engineering. Additionally, the thesis projects and research topics coming out of the USWAG will provide students with the most relevant information and technologies available to best prepare for potential conflicts at sea.

"The Graduate School of Engineering and Applied Sciences (GSEAS) is proud of its educational and research capabilities in autonomous systems, ocean acoustics, hydrodynamics , signal processing, control system and dynamic optimization all of which are essential pillars of undersea warfare capability,” explained Dr. S. S. Sritharan, Dean of GSEAS. “We are quite excited by the potential for collaborations at national and international level in this discipline.”