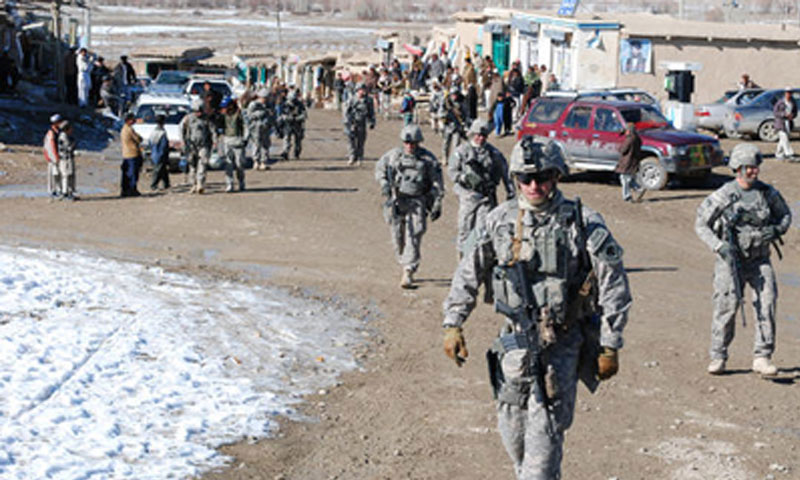 Improvised explosive devices (IED), discreetly hidden on roadsides, planted in cars or carried by persons, rein terror with U.S. and coalition forces with widespread destruction on battlefields around the world. One of the most lethal, and understudied, methods of attack comes in the form of personally-carried IEDs. Professor William Fox of the Naval Postgraduate School (NPS), along with colleagues from the University of California, Santa Cruz (UCSC), are seeking to improve early detection systems – and they have found that an ordinary piece of equipment can pinpoint would-be suicide bombers in a crowd.

In a recent experiment utilizing a standard radar gun, similar to the ones used for catching speeders on America’s highways, Fox and UCSC researchers, Professor John Vesecky and Dr. Kip Laws, were able to detect members of a crowd wearing simulated IED vests 85 percent of the time.

“Using a standard radar gun to scan a crowd returns back a certain radar cross section,” said Fox. “There is a particular signal in that cross section that returns differently when a person is wearing a wire on their body. It’s subtle, but there are metrics we use to determine who is wearing wires on their body.”

Anchoring the research of Fox and his collaborators is the ability to utilize traditional, commercially available equipment to collect data and skillfully interpret the results in new and novel ways.

“I truly believe that a lot has been done with radar use,” said Fox. “But until someone could interpret it, you didn’t know what information is there. I’m a math modeler. I try to make sense out of data that is collected or out of variables and equations. I try to put them together in a way that they make sense and are applicable or unique to a specific problem.”

Detecting body worn wires through radar signal interpretation, coupled with other indicators are being looked to as potential markers to distinguish would-be bombers from ordinary members in a crowd.

“I’m trying to pick up on as many signals as I can to make flags come up, to say that person out there could be a suicide bomber,” noted Fox. “Using radar guns to detect people wearing wires is the first trigger, the first signal.”

Fox noted the use of radar or radar guns to be accurate and effective in pinpointing suicide bombers from a crowd, but also suggested pairing its use with other technologies to provide operators with a more robust and in-depth picture.

“I think you can actually combine a lot of different technologies to pick bombers out of a crowd,” noted Fox. “We’re currently looking at adding more sensors such as video feeds and infrared capabilities to detection systems. We’re trying to add as many things as possible to increase the probability of detection and lower the probability of false detection.”

In addition to interpreting cross sections returned from radar scans, the guns are also being looked at to measure walking and movement speed as an indication of dubious members within a crowd of people.

“Radar guns can tell you the speed of a vehicle, but they can also register the speed of people within a crowd,” said Fox. “What we’ve found by looking at several pieces of information put out by the FBI on the two suicide bombers caught on airplanes in the U.S. is they were both under the influence of drugs. If they have to take drugs in order to numb their brains so they can actually bomb something, it impairs their ability to do things as well. An impaired person is going to be slower or faster in a crowd, and we can measure that through the use of radar.”

Motivation for the research came from Fox’s desire to focus efforts on solving a real-world problem for troops on the ground, while funding for the project came from the Department of Defense’s Joint Improvised Explosive Device Defeat Organization (JIEDDO), whose mission is to counter improvised explosive devices (IEDs) in Iraq and Afghanistan, and provide significant counter-IED capabilities to U.S. and coalition war fighters.

“I’m at Naval Postgraduate School and am interested in doing things to improve and save lives of soldiers on the ground and other people,” noted Fox. “I went to a JIEDDO class given by Professor Gordon Bradely and learned they had been doing a good job at detecting roadside bombs and bombs in cars, but a lot had been studied on suicide bombers. We wrote a proposal for a joint effort, sent it to the JIEDDO office through NPS and the funding was approved.”

Early experimentation yielded positive results, however, Fox notes operational deployment of this detection technology might not take place until support is garnered and further tests can be conducted.

“I think if we said go, this technology could be out there in a year,” noted Fox. “We have to go from proof of principle to putting the device together. Several proposals have been submitted back to JIEDDO, the Army Research Office and other places to continue the next phase of the research. We did it with a single radar and one kind of crowd, but now let’s look at several radars, or maybe even different types of radars.”