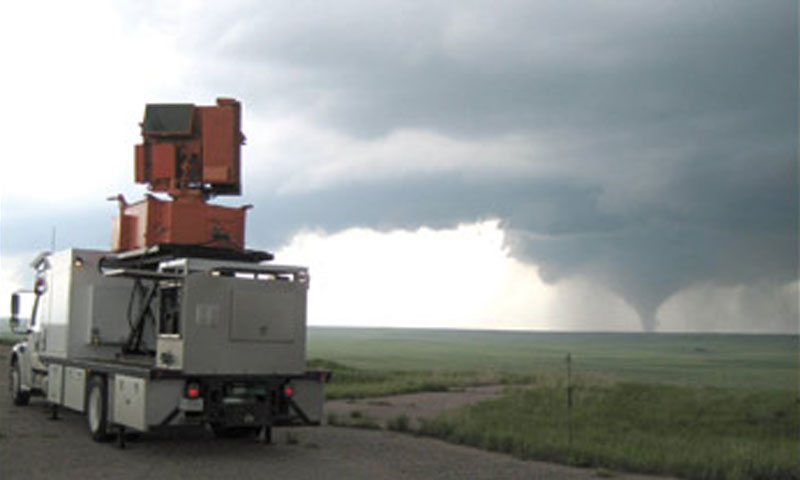 Just like the countless other ‘chasers’ participating in the experiment, the MWR-05XP would head out each day toward prime tornado areas identified by meteorologists, spending approximately 30-45 minutes capturing supercells. And one day their efforts paid off … acquiring the entire life cycle of a tornado from formation through dissipation. In fact, the data set captured represents the most scientifically detailed tornado ever recorded in history.

VORTEX2, sponsored by the National Science Foundation and the National Oceanic and Atmospheric Administration, brought together approximately 80 scientists from around the world and 35 support vehicles, all roaming the plains from Texas to North Dakota in an attempt to capture severe weather outbreaks. By studying supercells, which have about an eight percent chance of forming tornadoes, scientists hope to gain a better understanding of how and why tornadoes form, and to improve public warning times, which currently average at 13 minutes. The data collected here has a chance to greatly improve our understanding of this version of nature’s fury – and was heralded by some well known, and experienced, tornado chasers.

“During that observation, Howie Bluestein, who is the Co-Principal Investigator from the University of Oklahoma and the individual from which the movie ‘Twister’ was based, was in the field with the radar and later said it was the best research radar system that he’s used,” said Bob Bluth, director of the Center for Interdisciplinary Remotely Piloted Aircraft Studies (CIRPAS).

Developed in partnership with ProSensing Inc., the MWR-05XP is an Army battlefield air defense radar modified to also measure weather structures, such as the supercells that potentially form tornadoes. The system was first acquired from the Army in the late 1990s by Bluth, who needed a mobile radar system to track unmanned aerial vehicles. In 2000, Bluth began working with Dr. Jeff Knorr, the Electrical and Computer Engineering Department Chairman; Paul Buczynski, the Radar Labs Director; and Dr. Ivan PopStefanija, Vice President of ProSensing, to transform the air defense surveillance system into a one-of-a-kind, self-contained mobile weather radar.

“What makes the system unique is its capability to scan the antenna beam electronically at a very high speed in elevation, without any physical movement, while mechanically scanning the antenna beam across a selected azimuth sector,” said Knorr. “And all of this is controlled by a laptop in a self-contained environment.”

“Similar radars can capture the volume of a tornado in about one to five minutes, but the MWR-05XP can do it in just seven seconds,” added PopStefanija. “Rapid scanning is the most important capability of this system. It gets volumes of images faster than anything else out there.”

After nine years of modifications and deployments, the MWR-05XP upgrades are nearing completion and will soon be receiving final sensor improvements. “With this radar, you can see the thermodynamic processes of a storm that you wouldn’t see nearly as well in other systems. And by the time we’re done upgrading, this will be one of the most capable, mobile research radar systems in the world,” said Bluth. 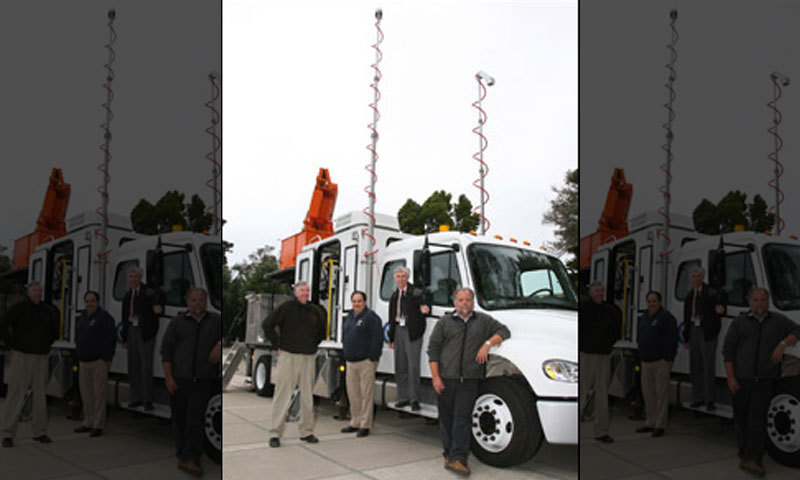 In addition to weather experiments, the MWR-05XP has contributed to military research and completed field testing with the U.S. Army and Missile Defense Command. The experiment, conducted in March at the White Sands Missile Range in New Mexico, utilized the radar to capture the aftermath of a missile intercept. The data captured by the radar is currently being analyzed and will be used to study aspects of missile defense such as drift factors and cloud dispersions.

“This is one thing in particular NPS can do which is unique in the academic world,” Bluth said. “There is no other organization that’s both a Department of Defense and a civilian university; since we are part of the military, we can acquire equipment like this radar, modify it and reapply it … so we can really contribute in a meaningful way.”

Currently, the MWR-05XP is undergoing maintenance and is scheduled to capture storms in Colorado later this year. In November, the system will return to NPS to study winter storms along the Central Coast of California. It will then embark on another six-week deployment to the Great Plains for the second phase of VORTEX2 in 2010.