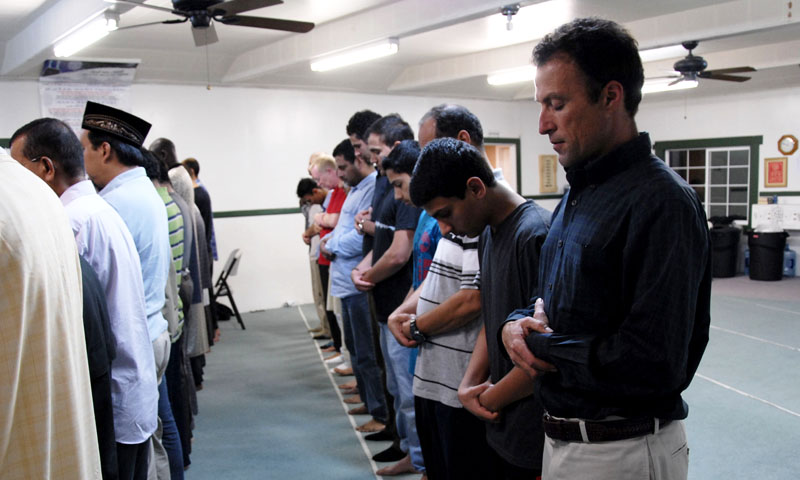 Each year Muslims around the world gather to catch a glimpse of the moon. They have been fasting for 29 days and the sliver of the new moon, known in Arabic as the “hilal,” signals the end of the month of Ramadan and the beginning of one of Islam’s most prominent celebrations, .

Most Muslims studying at NPS are international students from countries like Turkey, Pakistan and Saudi Arabia. In their home countries, Ramadan, and the celebration that marks its conclusion, are the biggest holidays of the year.

“Eid is all about family, it’s the only opportunity we have to really bring everyone together,” said Saudi Arabian Navy Lt. Cmdr. Khaled al Ghamdi. “We rent halls and gather in the hundreds on the first night of Eid.”

Fasting the month of Ramadan while studying at NPS can be challenging. “Our sleep schedule becomes disturbed while fasting which can make it difficult to study, but it is manageable,” said Pakistani Navy Cmdr. Ijaz Ahmad. “Back home we stop working after lunch because everyone was up late the night before.”

Practicing Muslims often stay up late in the evening in order to perform an extended communal prayer known as taraweeya.

Al Ghamdi insists that the Ramadan is not personally difficult, but says that it is hard for him to watch his children struggle to fast while attending American schools.

“I can handle the pressure, but it is difficult for the children,” said al Ghamdi. “They have the choice to fast or not, but they choose to fast.”

Despite the difficulties associated with fasting at an academic institution like NPS, there are some unintended benefits.

“I have no difficulties studying during Ramadan,” said Saudi Arabian Navy Lt. Abdulaziz Aladaili. “I don’t have to worry about what I am going to cook or eat; I just stay in the library.” 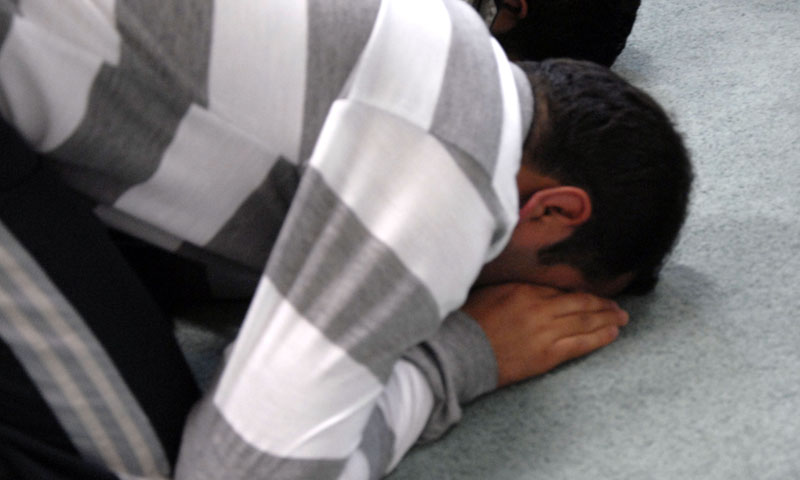 An un-named member of the Masjid al Taqwa community bows his head in prayer during a Ramadan service attended by international students studying at the Naval Postgraduate School.

The time that Muslims begin fasting each day varies according to sunrise and sunset. Students fasting in the Bay Area abstain from both food and water an average of 15 hours per day while maintaining their grades and attending classes.

According to Naval Support Activity Monterey Command Chaplain, U.S Navy Cmdr. Lois Rosa of Watsonville, Calif., Ramadan is similar to Christian traditions that stress the importance of self-denial and sacrifice.

“It is a time to reset your morals compass … it is similar to the Christian tradition of Lent,” said Rosa.

As Ramadan 2012 comes to a close at NPS, Muslim students look forward to Eid celebrations in homes and mosques throughout the area.

“We will go to pray the Eid prayers with our friends, congratulate each other on completing another Ramadan and celebrate,” said Aladaili.