Precision air-dropping ammunition and/or other consumable supplies in a manner less obvious than rotary wing or ground vehicles still presents an attractive alternative. However, the cost of precision aerial delivery systems (PADS) developed during the past decade does not necessarily meet an objective value of being less than 6$ per pound delivered. As a consequence, these ram-air-parafoil-based PADS only accounted for less than 0.5% of the total payload delivered during the recent field operations. Therefore, nowadays one of the major trends is to drastically reduce the cost of precision aerial delivery. Even at the expense of touchdown error performance. Alternatively, if the cost cannot be reduced, PADS performance should be improved by another order of magnitude. Current research efforts try to address these issues collaborating with the University of Missouri – Kansas City and JM Technologies. 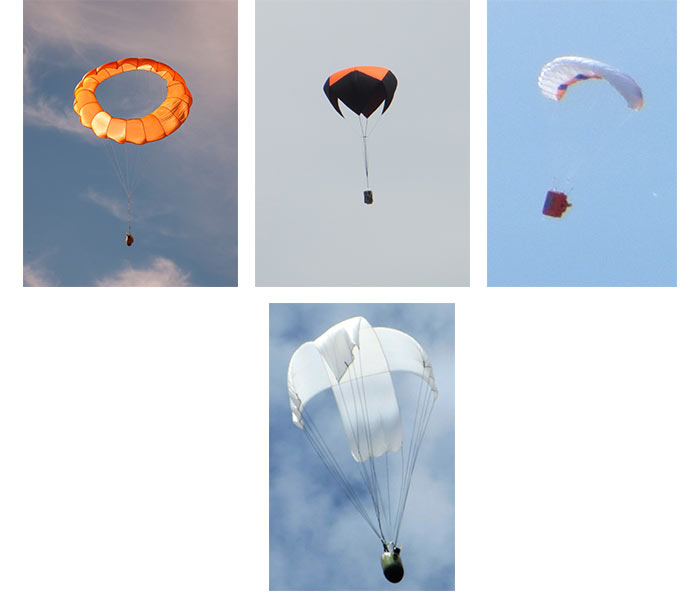 Particularly, it was found that a cross-type single-skin canopy is capable of achieving a limited control authority, which may be enough to fight small wind uncertainties during a controlled descent in a manner similar to that of the AGAS PADS. System identification of cross-type-canopy-based PADS was followed by the development of robust controller to prove this novel concept. Figure Ba features a simultaneous airdrop of uncontrolled and controlled systems to compare their performance, and Fig. Bb shows a Pelican-case design of a prototype system. 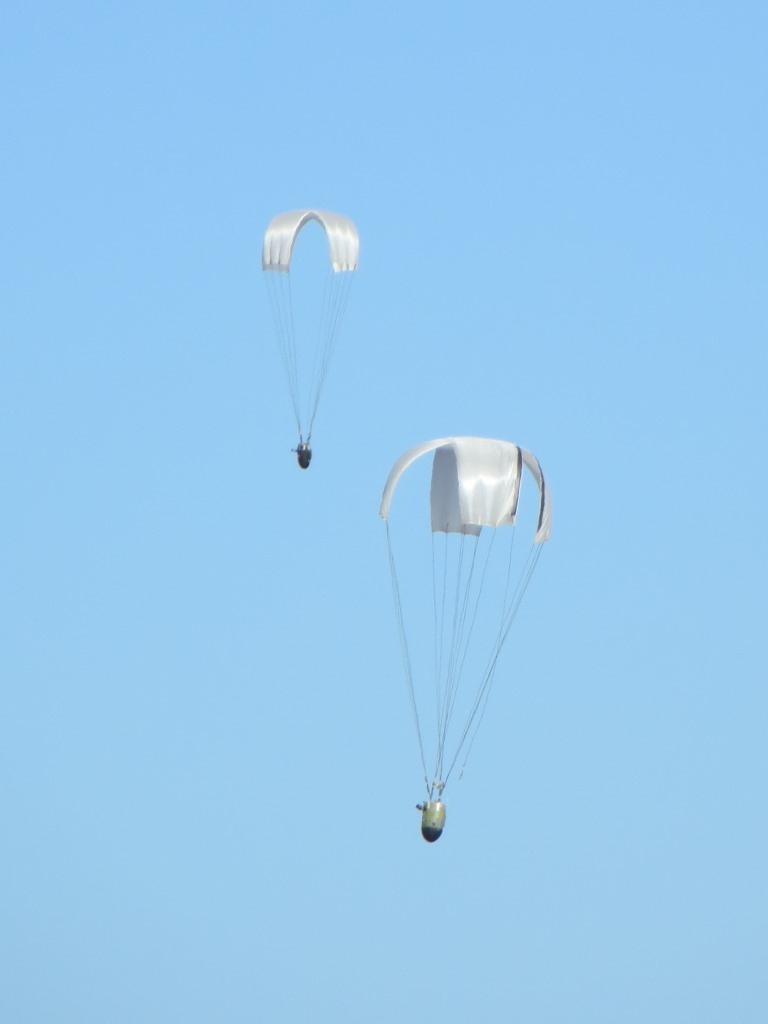 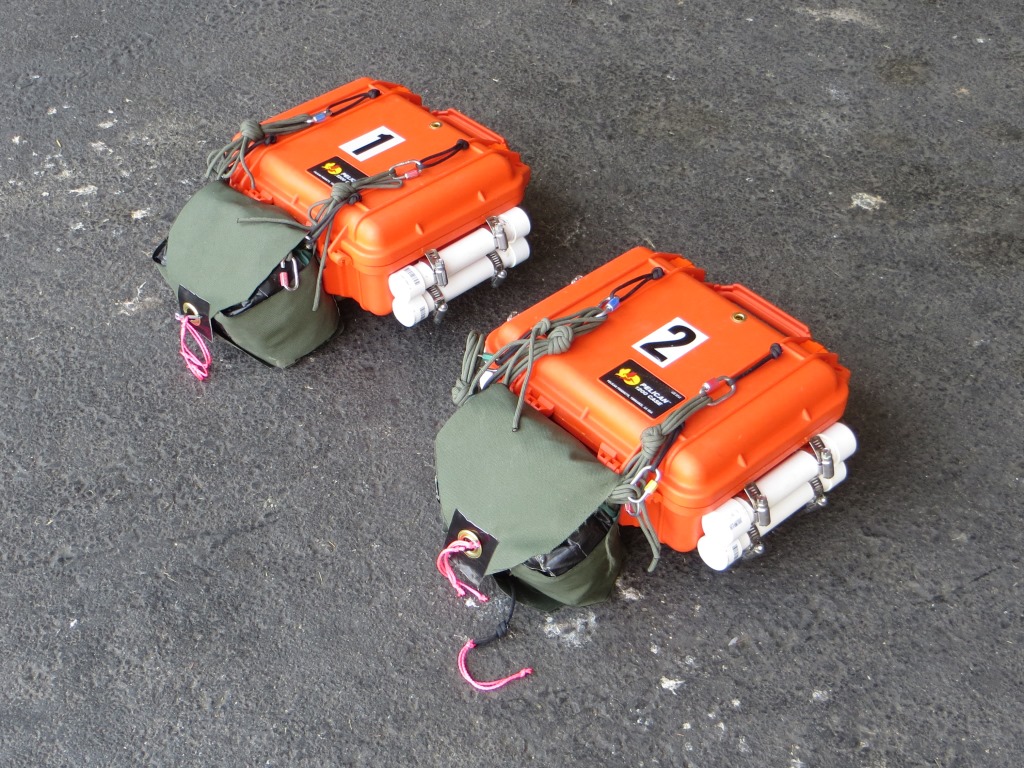 Figure B. Double airdrop of cross-type parachute systems (a), and two systems rigged for deployment (b).

Several different-shape-factor systems were developed and equipped with commercial-of-the-shelf Pixhawk autopilot and/or customized X-Monkey autopilot. For example, Fig.C shows one of the designs - a truly inexpensive detachable guidance unit with a canopy bag atop it. This unit can easily be mounted on a different-size payload packages (Fig.Cb features it mounted on a case that carries a water purification system). 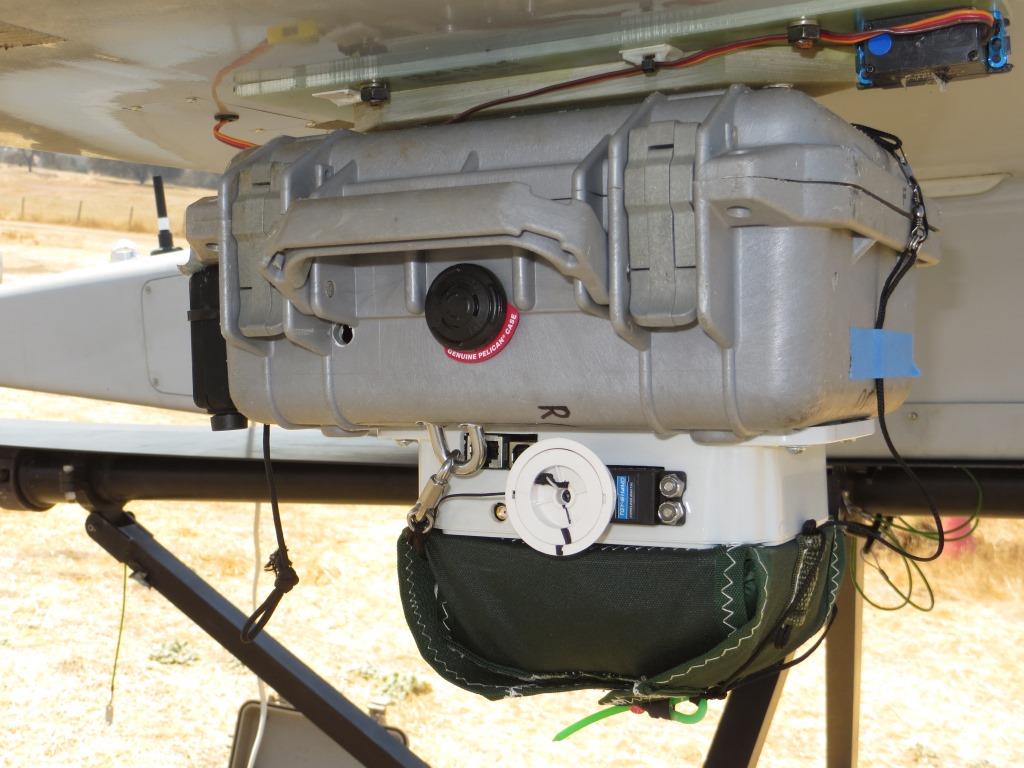 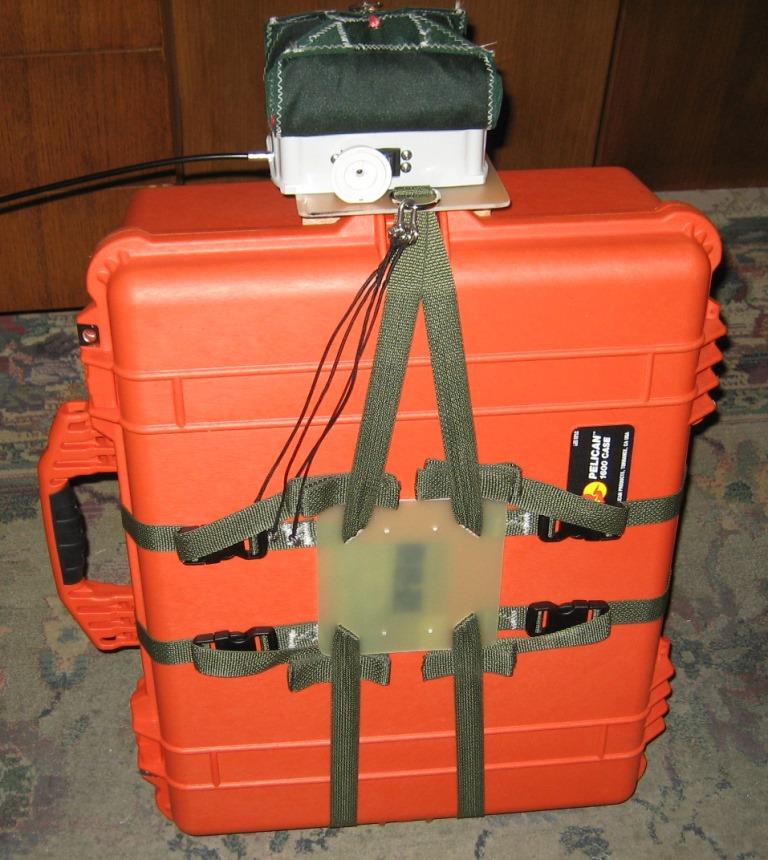 Other alternatives to parachutes may involve using air-deployed gliders. To this end, Fig. D shows several prototypes of such a system that utilizes a commercial off-the-shelf autopilot as well. Figure Da features a scaled prototype of an inner-container-type glider that is also shown in Fig.Db. Behind it there is another design based around a Pelican case. This latter design features spring-loaded wings that are swept back while attached to a carrier vehicle and then are gradually spread upon deployment. Figure Dc shows a carrier Arcturus T-20 UAV before a catapult launch with the Snowflake PADS under the left wing and the wing-spread glider under the right. 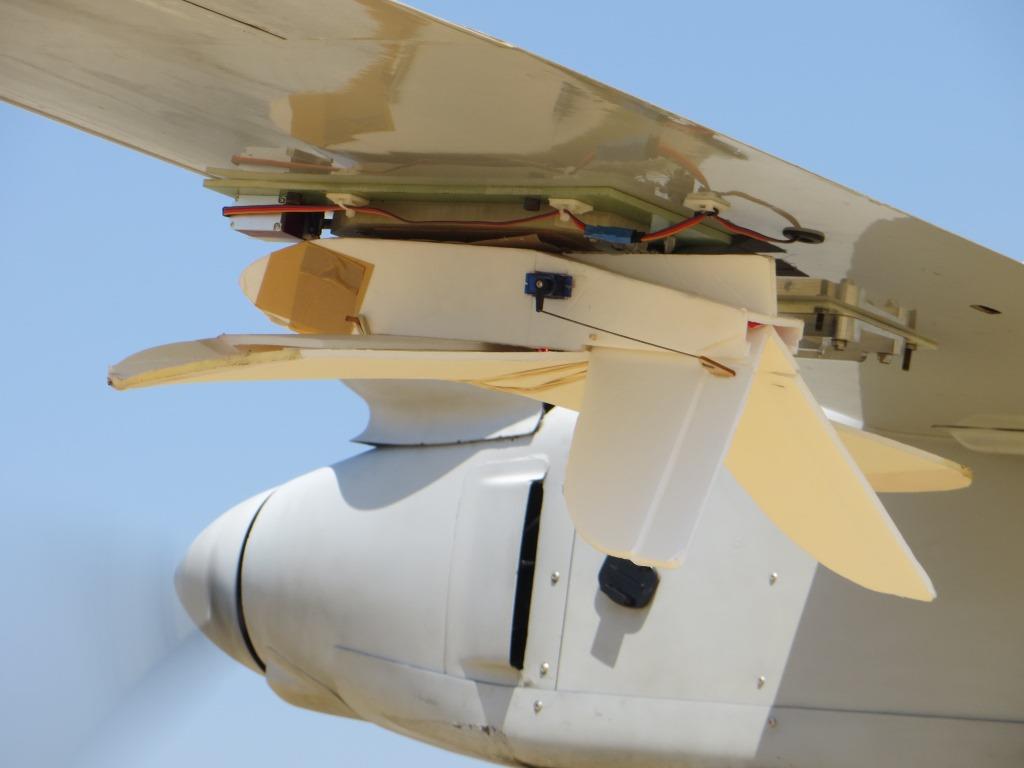 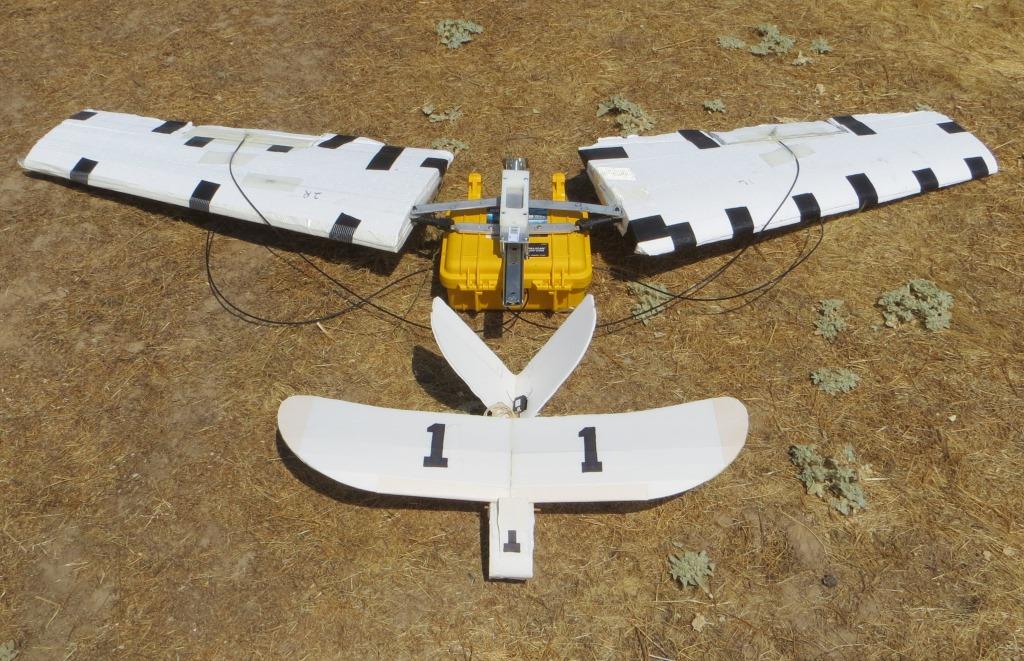