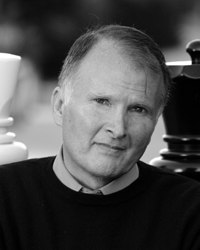 John Arquilla is professor and chair of defense analysis at the Naval Postgraduate School. He earned his advanced degrees at Stanford University, spent many years as a RAND Corporation analyst, and has been teaching at NPS since 1993. His research focuses on interpreting the implications of the information revolution for military organization, doctrine, and strategy. Best known for developing the concepts of cyberwar, netwar, and swarm tactics, Dr. Arquilla has also had extensive experience in the strategy and policy arenas, having worked for senior leaders during Operation Desert Storm, the Kosovo War, and a number of campaigns in the conflicts of the post-9/11 era. In 2011 he worked directly for the White House on a small team charged with identifying “new directions for American defense policy.” His books include: Dubious Battles (1992); In Athena’s Camp (1997); Networks and Netwars (2001); The Reagan Imprint (2006); Worst Enemy (2008); Insurgents, Raiders, and Bandits (2011); and Afghan Endgames (2012). 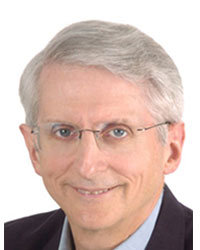 Peter J. Denning is a long-time computer scientist, educated in the first generation of those receiving formal education in the new field (MIT PhD 1968). He has personally witnessed the growth in computing from the early days of doubt about the field’s authenticity, through many heady years of technology development, to today’s computing revolution that is transforming every field. He has been a prolific writer, with more than 400 publications in reviewed journals and 10 books. His two most recent books, The Innovator’s Way (2010) and Great Principles of Computing (2015), were MIT Press books. He made seminal contributions in operating systems, virtual memory, systems performance evaluation, and computing principles. When he saw the accelerating effects of the computer revolution, he began to study innovation so that he could teach his students to be innovation leaders who successfully navigate and mobilize followers in a world of surprises and contingencies. 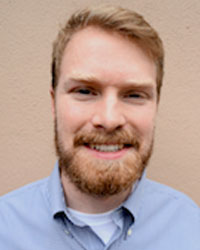 Professor Joseph Hooper earned his Ph.D. in physics at Tulane University in 2006. Prior to joining NPS, he was a Research Physicist at the Naval Surface Warfare Center, Indian Head Division, studying the basic physics of explosives. He has published more than 30 peer-reviewed journal articles, with much of his research funded by ONR and DTRA, as well as the Department of Homeland Security. 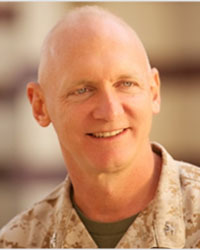 Colonel Lyons was commissioned a Second Lieutenant in the U.S. Marine Corps on 21 December 1989. In 1999, Captain Lyons was selected to attend the Naval Postgraduate School. After selection for duty as a Marine Attaché in 2000, Major Lyons studied Arabic at the Foreign Service Institute in Washington, DC. In the fall of 2002, he served as Marine Attaché to Qatar. In 2003, Major Lyons deployed with First Marine Expeditionary Force (I MEF) in support of Operation Iraqi Freedom as the I MEF G-2 Foreign Area Officer. From 2003 to 2006, Major Lyons served as the Marine Attaché in Israel with specific responsibilities in the West Bank and Gaza to support the Middle East Peace Process. In July 2008, he deployed to Iraq as the I MEF Foreign Area Officer in Anbar Province. From 2009 to 2010, LtCol Lyons commanded the Production and Analysis Company, Marine Corps Intelligence Activity. Colonel Lyons served as the Marine and Naval Attaché in Oman from 2011 to 2014. He then served as the Chief of Operations for the Defense Attaché Service from July 2014 to July 2016. Col Lyons earned a MA with honors in National Security Affairs from the Naval Postgraduate School in 2000 and was the Honor Graduate from the Israeli National Defense College in 2007. For his reporting during the Israeli withdrawal from Gaza in 2005, he received the Department of State Superior Honor Award. He received a second Department of State Superior Honor Award for his service in Oman. 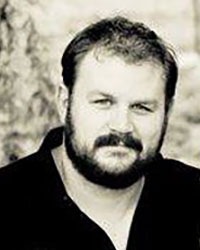 Assistant Professor Dr. Bradley Strawser helps students think critically about the important ethical questions surrounding war. Strawser, a former member of the Air Force, served as a professor at the Air Force Academy and the University of Connecticut before finding his way to the Naval Academy’s Stockdale Center as a postdoctoral research fellow.

And now since joining NPS, Strawser has begun teaching classes in critical thinking and ethical decision making, where students explore ethical challenges in an applied way, drawing from case studies and real-world examples to get to the bottom of the tough questions.

“I view my job as to push them, challenge them, and get them to wrestle over these deep questions. I hate war – war is a horrible thing. But I do think in some contexts war can be morally justified,” Strawser explained. “And wrestling through that is a complicated, difficult task. I think my main role is trying to push the students to engage in that process of taking the moral questions of what they do for a living seriously.”

As is often the case with conversations of ethics, the ethics of war has its fair share of scholarly debate, particularly once conclusions are reached on which acts of war may or may not be ethical. The DA department looks to empower the students in their ethical decision making, by giving them the tools and resources to explore a number of scenarios – such as the use of unmanned systems to deploy lethal force, or the facets of irregular warfare.