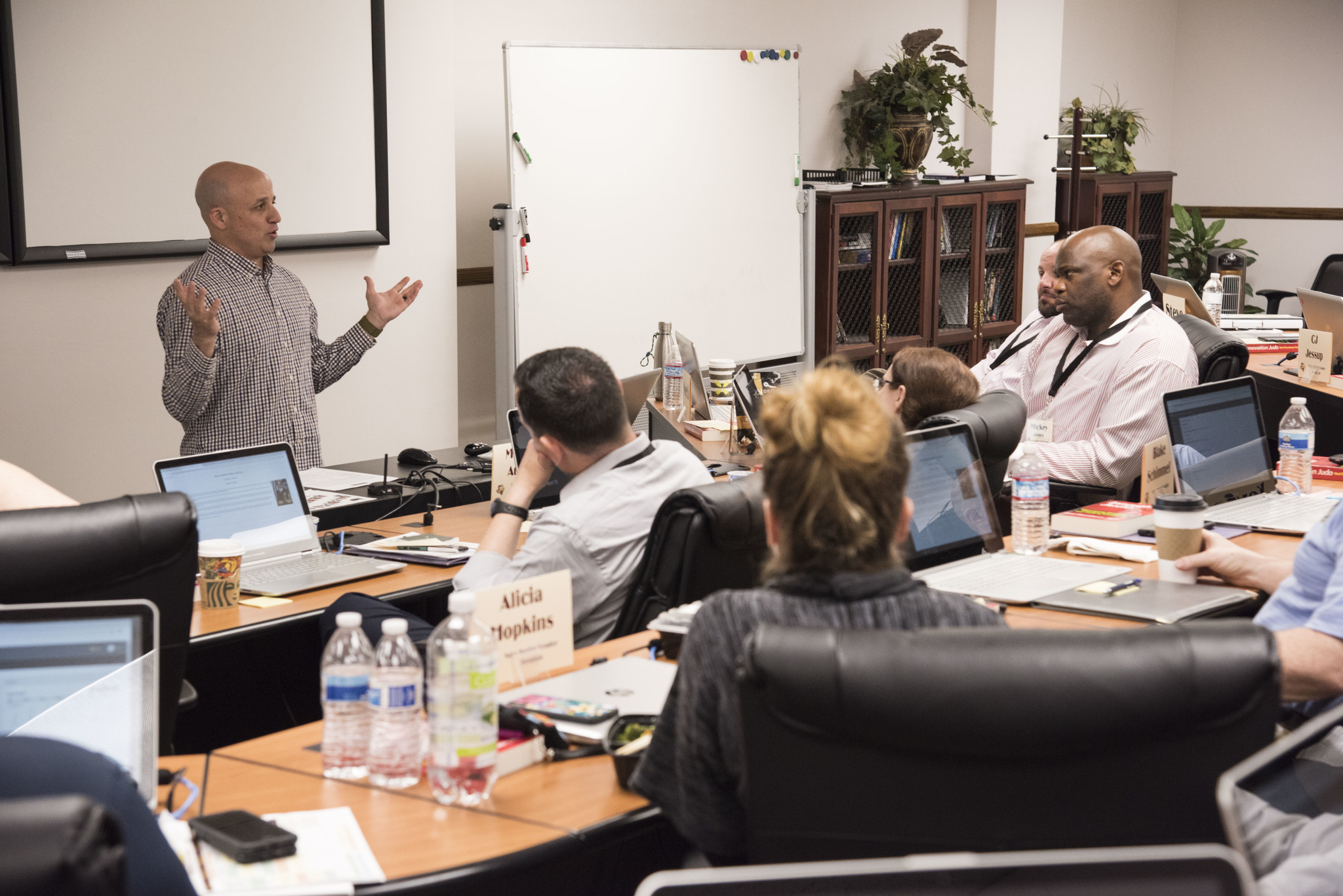 MONTEREY, Calif. (MCPON) – Master Chief Petty Office of the Navy (MCPON) Russell Smith is an April 2018 graduate of the Navy Senior Leader Seminar (NSLS) and assumed his duties as MCPON in August 2018. During a recent visit to the Naval Postgraduate School in Monterey, he met with President Ann Rondeau and took time to address a large group of Navy Captains, Commanders, GS-15’s and Command Master Chiefs who were attending the April 2019 iteration of the NSLS at the Navy’s Center for Executive Education.

MCPON Smith focused his remarks on the important role that Master Chiefs play throughout the Navy, especially as an integral part of the Command Triad between the Commanding Officer, Executive Officer and Command Master Chief. He highlighted how the roles of senior enlisted grow and evolve over time as senior Navy leaders rise to Flag and SES rank and take charge of larger organizations with ever increasingly responsibilities. He cautioned, however, that some Navy officers tend to neglect the close relationships they once held with their senior enlisted advisors earlier in their careers. MCPON Smith noted that this occasional distancing between some senior officers in the Navy and their senior enlisted leaders can be detrimental to the overall health and wellbeing of the command.

MCPON Smith serves as the senior enlisted leader of the Navy where he advises the Chief of Naval Operations and the Chief of Naval Personnel in matters dealing with enlisted personnel and their families. His high-profile duties also include serving as the Navy’s advisor to senior-level military boards that deal with enlisted personnel issues, serving as the enlisted representative of the Navy at special events, and testifying before Congress on Navy enlisted personnel issues. He credits the NSLS with introducing him to an array of new and valuable knowledge, skills and tools that he has been able to leverage successfully as the Navy’s senior enlisted leader. During his travels throughout the Navy, he encourages all senior officers, enlisted and civilian Navy leaders to seek out and pursue leader development opportunities wherever possible for both themselves and their people.