Materials from past TechCons (2017 forward) are archived in Calhoun through the NPS Dudley Knox Library.

TechCon 2017
NPS CRUSER held its sixth annual Technical Continuum (TechCon) on 11 and 12 April 2017.  CRUSER's annual NPS TechCon provides NPS Faculty and technical members of the greater CRUSER Community of Interest an opportunity to explore selected concepts in support of our Innovation Thread - "Developing Autonomy to Strengthen Naval Power." All technical members of the CRUSER community of interest were invited to submit an abstract in any of the following topic areas: 1) littoral mesh networking and remote sensing, 2) innovative undersea warfare, and 3) autonomous USV missions.

TechCon 2014
CRUSER's third annual technical gathering was held out in a tent on Spruance Plaza on 8 and 9 April 2014, and provided NPS students and faculty an opportunity to explore selected concepts in support of the topics of interest in the "Distributing Future Naval Air and Surface Forces" Innovation Thread, and was held as part of National Robotics Week. TechCon 2014 concluded with the CRUSER Research Fair "Robots in the Roses" on 10 April 2014 in the NPS Rose Garden.

TechCon 2013
NPS CRUSER held its second annual Technical Continuum (TechCon) from 9 – 11 April 2013.  This event was for NPS students and faculty interested in education, experimentation and research related to employing unmanned systems in operational environments. TechCon 2013 was intended to further concepts developed during the September 2012 Warfare Innovation Workshop and showcase NPS student and faculty work in advancing undersea operations capabilities.  Seven distinct concepts were selected from those presented at the September 2012 Warfare Innovation Workshop, but they are broad enough to include a host of specific research questions.  For example, non-lethal stopping concepts using a hardening gel that block ship board heat exchangers when ingested from under the hull.  Exemplar topics like this support both material science (can we create such a gel?) to legal and ethical questions.

TechCon 2012
Scheduled in conjunction with Tenth International Mine Warfare Symposium in Monterey, the CRUSER Technology Continuum (TechCon) "Unmanned Systems – The Way Ahead" was designed to be a follow-on to the CRUSER Warfare Innovation Workshop in September 2011. The combined event was sponsored by NPS, ONR, the Program Executive Office, Littoral Combat Ships, OPNAV (N85), and CRUSER. CRUSER invited industry and Navy labs to demonstrate the technical capabilities related to the selected concepts in this three day CRUSER Technology Continuum. Presenters will then be invited to participate in a field experimentation of selected UxS technologies planned for FY13. This full process fulfills the second tenet of CRUSER – from concept generation to experimentation.

See the info below for meeting guest speakers, subjects, and links to materials (if available).

See the info below for meeting guest speakers, subjects, and links to materials (if available).

Workshop 2018: Cross-Domain Operations: The impact of Robotics and Autonomy on the future battlespace | Workshop report

For the following workshops, final reports are available upon request to wiw@nps.edu

Workshop 2014: Warfighting in the Contested Littorals 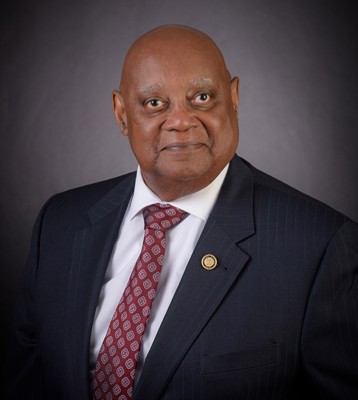 ABSTRACT: Byron Reese offers a description of our entry into the Fourth Age of Technological Evolution. That social evolution is driven by the increasing adoption of smart robots, “thinking” computers and a society that has come to depend on and demand ever improving technologies. The accelerating adoption of technology is causing multiple revolutions in social, business and military affairs. According to Reese, “Technology has changed the face of warfare dozens of times in the past few thousand years…Robots and AI will change it again”.

In our seminar, we ask ourselves how will the defense establishment deliver sensors, control systems and weapons that are evolving on an accelerating basis. How will warfighters keep pace with “smarter – thinking” systems that communicate in natural language and hold deeper knowledge sets than human operators. Rather than years of development and testing, evolving systems and components are delivered to warfighters in “Amazon” speed, inserted in standard slots and launchers with “quick start” instructions, intuitive controls and natural language operation. Imagine receiving your new fire control processor in a box with a link to online installation instructions. Impossible. Well, we adopted online banking without formal training and operate smarter cars with voice commands.  Imagine commanding ship or fleet operations from a command center where battle management displays, video images and decision makers are informed by augmented reality and recommendations provided by – OSCAR, the voice of the battle management system. We’ll explore the art of the possible with a view toward warfare in the Fourth Age.

BIO: Dr. Bundy served in the Navy for more than 30 years prior to returning to the Naval War College as a Center for Naval Warfare Studies (CNWS) faculty member. He has led warfighting concept development and advanced research projects that have been deployed in the Fleet and the Joint Force. Dr. Bundy created the initial concept of operations for Navy Ballistic Missile Defense, warfighting concepts for the Ohio Class Guided Missile Submarine and recently contributed to introduction of Distributed Lethality in the Navy. He has mentored more than 330 war college graduate research students.