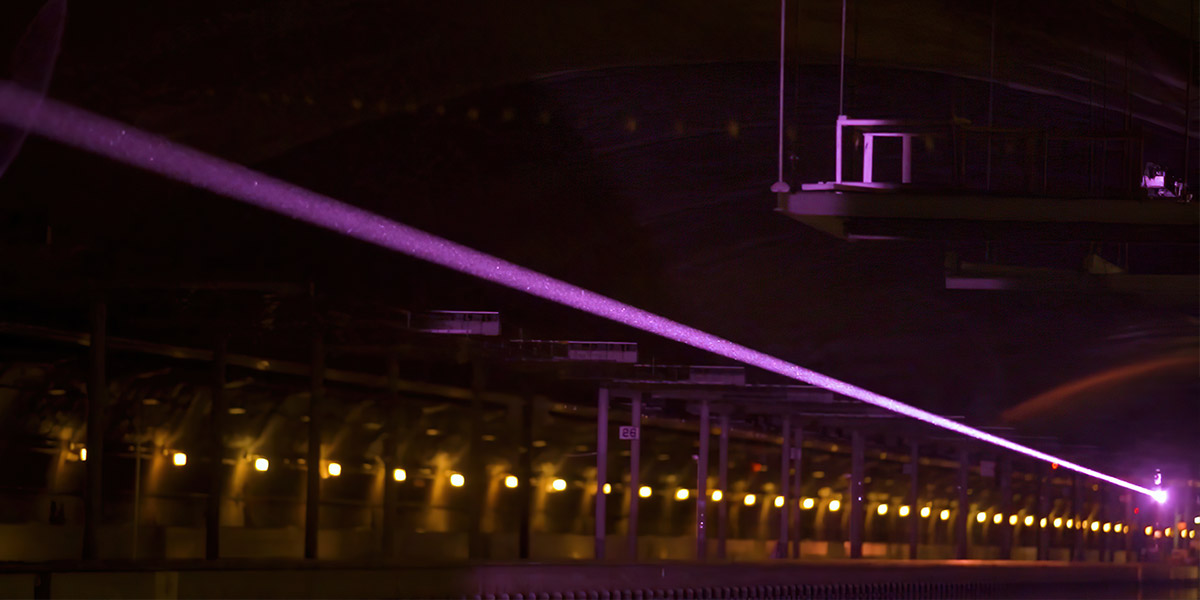 Captured by a special camera, a laser beam invisible to the naked eye shoots across the dark expanse of the David Taylor Model Basin at the Naval Surface Warfare Center in Bethesda, Maryland. (Photo by Leonard Pieton / U.S. Naval Research Laboratory)

Many military energy applications are hamstrung by dependence on fossil fuels, batteries with limited life and capacity, and operations in areas that are difficult, expensive, and risky for energy resupply via conventional means.

Within the past few years, there has been a surge in advances in multiple technology areas that have direct and compelling relevance to these problems. Technology to support the ability to send energy over long distances without wires has gained momentum, currency, and recognition by many entities, including the Department of Defense’s Operational Energy Innovation office,1 DARPA,2 the Institute of Electrical and Electronics Engineers,3 industry, and in countries such as Japan.4,5

At its heart, the benefit and motivation for power beaming is its ability in contexts unsuitable for wires or fuel and battery delivery to move energy from a place where it is comparatively easy to generate or store to a place where it is more challenging to generate or store. The technology itself takes several forms, including: (1) optical transmission at a range of possible wavelengths to receivers consisting of bandgap-tuned photovoltaics, thermophotovoltaics, or heat engines, (2) millimeter-wave transmission using solid state or gyrotron sources to rectennas or heat engines, and (3) microwave transmission at a range of possible frequencies from vacuum or solid state electronics to rectenna receivers. Supporting technology, including high altitude vehicles, aerostats, inexpensive adaptive optics, and others have also made significant recent gains.

For defense purposes, a number of application areas are of immediate interest: swarming, teamed, and individual autonomous air, ground, and sea vehicles; offboard countermeasures; unattended ground and sea sensors; explosive ordnance disposal; and camp/convoy/port/fleet security. These cover a range of mission areas, including providing communications, intelligence, surveillance, target acquisition, and reconnaissance. They are applicable in numerous military contexts, such as forward operating bases, combat outposts, landing parties, fleet operations, and distributed sensor networks. Power beaming can also be used to enhance energy harvesting or traditional solar energy collection. Perhaps the ultimate application of wireless power is space solar, in which sunlight collected in orbit is sent to points of need on the earth.

Power beaming offers compelling crossover opportunities with other areas of great military relevance: directed energy, radar/lidar, jamming, high-rate communications, and data exfiltration. It presents a critical and disruptive opportunity to ensure our forces continue to have decisive overmatch in key areas that are undergirded by reliable energy, and it enables new operational concepts. 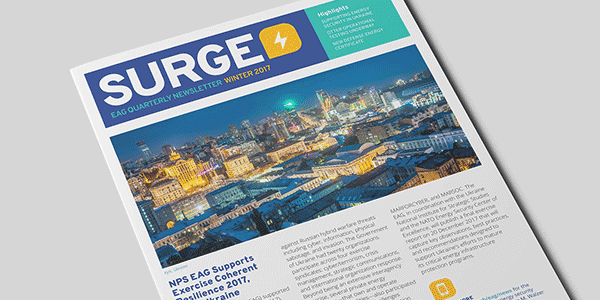