On the modern battlefield, the informational component of war is just as important as the physical dimension.  The game of Info-Chess adds in hidden information and Information Warfare (IW) concepts to the classic game of chess.

The game uses standard chess pieces and most chess rules.  One important exception is that players can purchase pieces to place on the board, but will not get the full, standard set of pieces. Importantly, players must decide to invest in buying heavy, but visible pieces (queens, rooks, bishops) or less powerful, but invisible pieces (kings, pawns, and bishops). Invisible pieces be-come permanently visible once they capture an opposing piece or move into their opponent’s back three rows.

Each move consists of two phases: a required physical move and an optional information warfare move. Information Warfare moves are either Psyops or Electronic Warfare. PSYOP's force an opponent’s piece to surrender, removing a piece from the board. Electronic Warfare disrupts the opponent’s ability to communicate to its units and prevents the opponent from making its next physical move. Each of these moves requires the players to spend limited available points. These Information Warfare moves can also be defended by the opponent 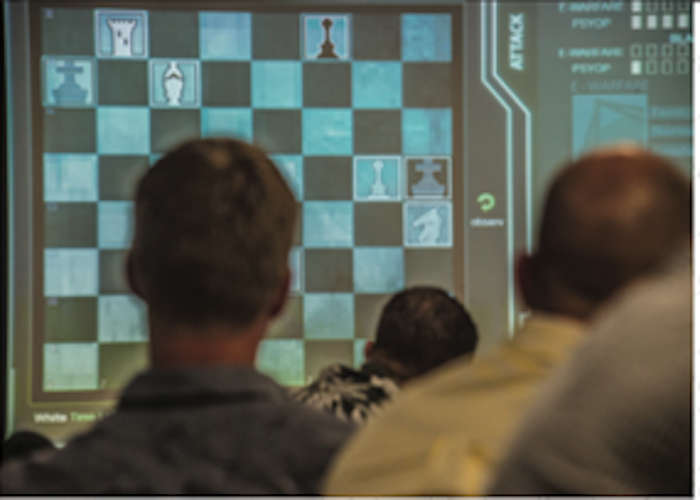