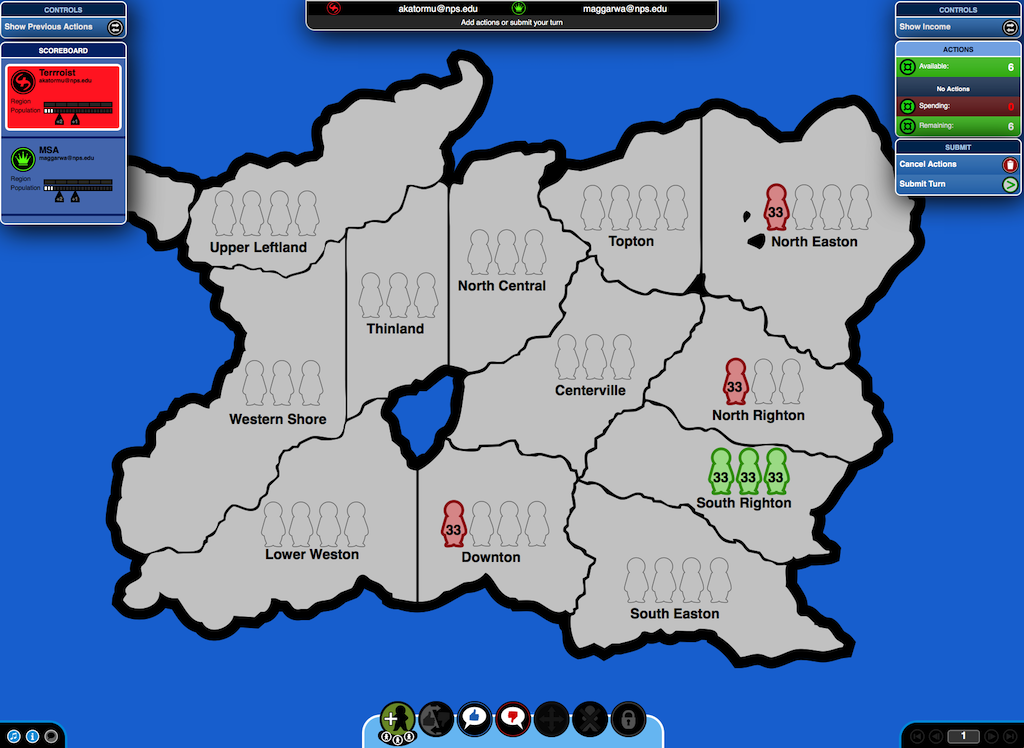 The Global ECCO team will facilitate the game, Contagion, for the FBI International Law Enforcement Academy. Contagion introduces players to how terrorists spread their ideologies and how states counter that with their own ideology. Both sides try to gain as much popular support as possible, all while also denying their opponent support. With limited resources, players must choose whether to defend their gains against attacks or grow their support in new areas. They must also weigh the value of promoting their own message versus undermining their opponent's message. While the game is won by gaining sufficient popular support, players can also choose to take actions to undermine their rivals. For every agent placed or boost enacted, players can choose between a positive message, a mixed message (half the power of both positive and negative), or a negative message. Players must pay attention to their opponent's actions and make strategic choices between expanding their own control or undermining their opponent's loyalty, or a little bit of both.