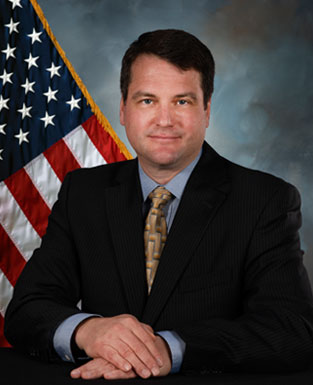 Dr. Robert F. Dell is a Professor of Operations Research (OR) at the Naval Postgraduate School (NPS) and Executive Director of the NPS Data Science and Analytics Group. He joined NPS OR as an Assistant Professor in 1990 and served as Chairman of the OR Department from 2009 to 2015. During his tenure as Chairman the department received the 2013 INFORMS Smith Prize. He served as editor-in-chief of the Military Operations Research Journal from 2015 to 2018. Professor Dell has received research support from every uniformed service for topics ranging from US Naval capital planning to US Army base realignment and closure. He has also applied optimization in the private sector in areas including production scheduling, supply chain design, and professional sports analytics. He has deployed twice to combat zones. Professor Dell has been awarded the Barchi, Koopman, and Rist prizes for military operations research. He has also received a Brazilian Navy Tamandaré Merit Medal, two Department of the Army Payne Memorial Awards for Excellence in Analysis, and two Department of the Navy Superior Civilian Service Awards.

Nelson L. Emmons was a U.S. Army Infantry Officer with a specialty in Operations Research and Systems Analysis. He graduated from the U.S. Military Academy at West Point, NY in 1989 with a BS in Aerospace Engineering.  He is also a graduate of the Naval Postgraduate School in 1997 with a MS in Applied Mathematics. After earning his degree, he taught Multi-Variable Calculus and Probability and Statistics in the Department of Mathematical Sciences at West Point from 1997-2000. He also earned a MS in Strategy and Policy from the U.S. Army War College at Carlisle Barracks, PA in 2013. In his previous assignment, he served as the G5 Plans Division Deputy Chief at the U.S. Army Pacific Headquarters, Fort Shafter, HI after serving three years as the J542 Southeast Asia Plans Chief in the J5 Strategy and Policy Directorate, U.S. Pacific Command, Camp Smith, HI. He served in combat operations with the 25th Infantry Division during OPERATION IRAQI FREEDOM in 2006-2007 and with the 101st Airborne Division (Air Assault) during OPERATIONS DESERT SHIELD and DESERT STORM in 1990-1991. 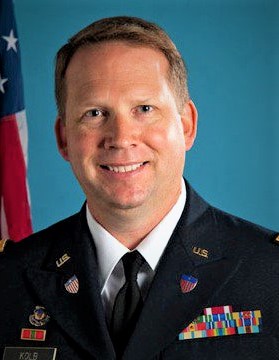 Colonel Michael K. Kolb is a U.S. Army Officer with a functional area of Operations Research and Systems Analysis.  He graduated from the University of Southern California with a B.S. degree in Business Administration.  He is also a graduate of Boston University with a M.S. degree in Business Administration and the University of Oklahoma with a Ph.D. in Interdisciplinary Studies.  In his previous assignment, Colonel Kolb served as the Executive Officer of Cost Assessment and Program Evaluation, Office of the Secretary of Defense.  He also served as the Deputy Director of Program Analysis and Evaluation at the National Geospatial-Intelligence Agency, as Program Integrator at Army G-8 Program Analysis and Evaluation and as an Army Research Fellow at the RAND Corporation. Colonel Kolb served with Coalition Forces Land Component Command in 2004 to support Operations Iraqi Freedom and Enduring Freedom. He resides in Pebble Beach with his wife Kat, a retired Navy Engineering Duty Officer. 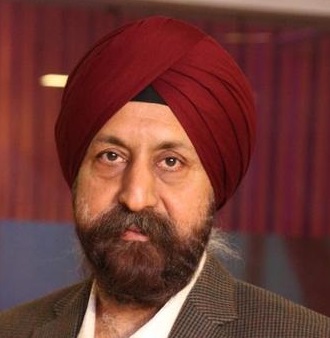 Gurminder Singh is Professor and Chair of the Dept of Computer Science at the Naval Postgraduate School in Monterey, CA. In addition to excellence in research and teaching, he is championing technology transition and multidisciplinary research. Previously, he has successfully transitioned multiple research projects to industry and lead the formation of global start-ups. Dr Singh was the founder of the ACM Virtual Reality Software and Technology (VRST) conference in 1995; now held annually across the world. He was also a co-founder of the ACM User Interface Software and Technology (UIST), now the premier conference in its field. He has made lasting contributions to academic research by publishing in numerous conferences and journals, and by editing special issues of the prestigious computing journals: CACM, ACM Transactions on CHI, multiple issues of IEEE Multimedia, IEEE Transactions on Visualization and Computer Graphics, and Computer Animation and Virtual Worlds. Dr Singh is currently active in research in high-fidelity virtualization to support digital twins of networked computing systems and offensive cyber operations. 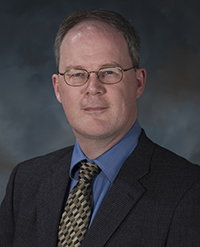 W. Matthew Carlyle is Professor and Chair of Operations Research. His research interests include integer programming and combinatorial optimization, game-theoretic models of attack and defense, military logistics, naval mission planning, and infrastructure modeling. He holds a BS in Information and Computer Science from Georgia Tech and a PhD in Operations Research from Stanford. Professor Carlyle was awarded the Navy Superior Civilian Service Award in 2006 for applied optimization work in support of OEF/OIF.

Douglas A. Borer is an Associate Professor in the Department of Defense Analysis at the Naval Postgraduate School. A native son on Montana, Dr. Borer received his B.A. in Psychology from Ripon College in 1985, an M.A. in Political Science from the University of Montana in 1988, and his PhD in Political Science from Boston University in 1993. He has worked at a variety of academic postings, including the University of the South Pacific in Suva Fiji, the University of Western Australia in Perth, Virginia Tech in Blacksburg, the Universitii Kebangsaan in Kuala Lumpur Malaysia, and the U.S. Army War College in Carlisle Barracks, Pennsylvania. His scholarship focuses on the politics of legitimacy in times of war, with a regional focus on the Asia-Pacific. Over time, he has shifted from hunting bears to dragons. He is the author Superpowers Defeated: Vietnam and Afghanistan Compared (Frank Cass, 1999). He is co-editor with John Arquilla of Information Strategy and War: A Guide to Theory and Practice (Routledge, 2007); He is co-editor with Mark Berger of two books, The Long War-Insurgency, Counterinsurgency and Collapsing States (Routledge, 2008), and The Rise of East Asia: Critical Vision of the Pacific Century (Routledge, 1997). Borer has also authored or co-authored over 70 book chapters, professional articles, book reviews, and editorials. In 2007, he helped establish the Common Operational Research Environment (CORE) Lab at NPS and was named Acting Department Chair in 2020. 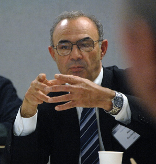 Dr. Alex Bordetsky is tenured Professor of Information Sciences at the Naval Postgraduate School. He also holds dual appointment with the Space Systems Academic Group at NPS.  Professor Bordetsky is Director of the NPS Center for Network Innovation and Experimentation (CENETIX). He is a recipient of prestigious Robert W. Hamming Interdisciplinary Research Award for the pioneering studies of collaborative technologies and adaptive networking and the Fulbright Senior Fellowship Award for the experimental studies of unconventional maritime networking. Dr. Bordetsky is the Principal Investigator for the renowned TNT MIO Military-Academic Experimentation Campaign, which is now in transformation to Littoral and Maritime-Land CWMD operations study. His research accomplishments are featured in the AFCEA SIGNAL Magazine, Via Sat, USSOCOM Tip of the Spear Journal, Pentagon Channel, and Fulbright Newsletter. 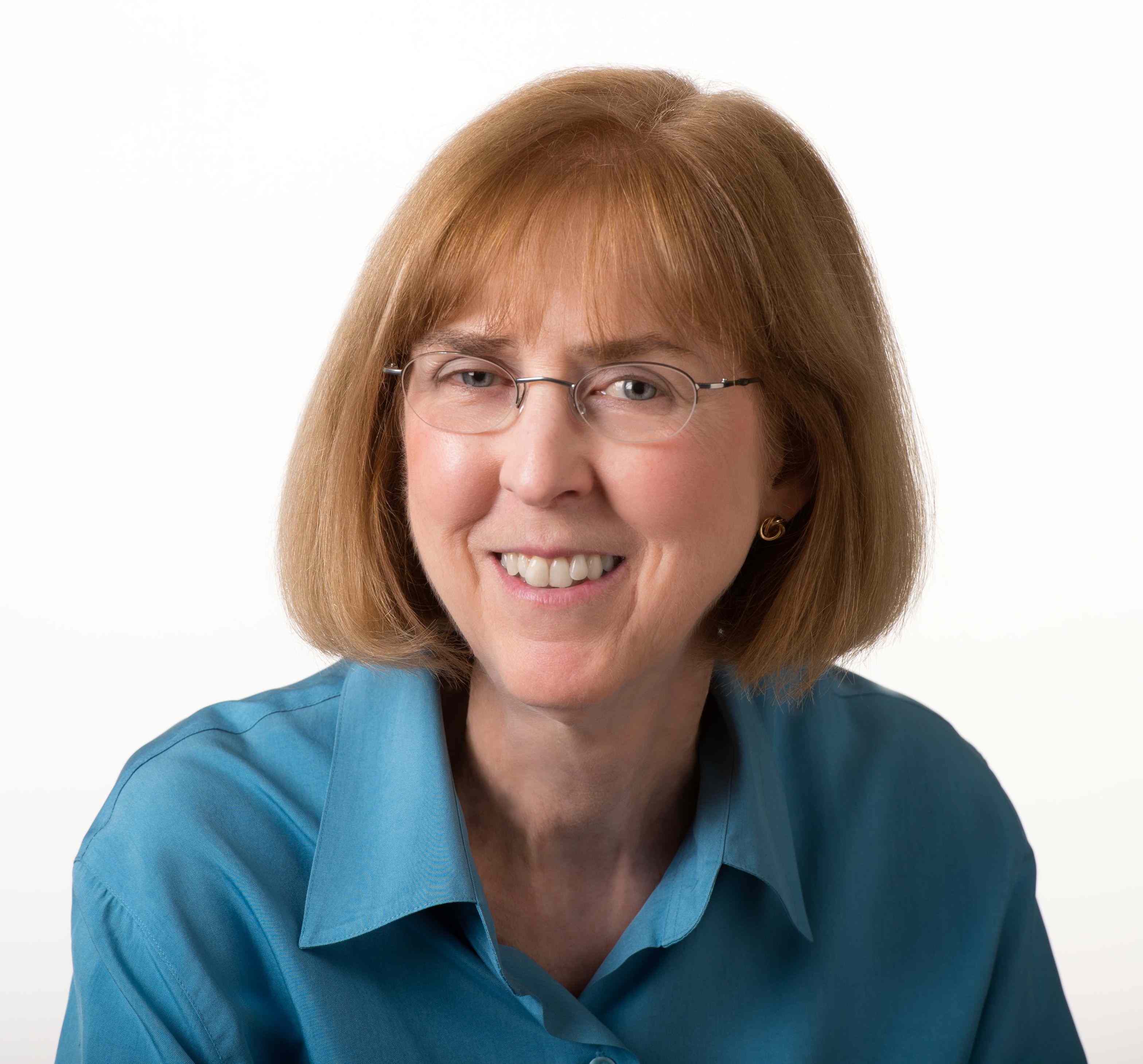 Dr. Cynthia Irvine is a Distinguished Professor of Computer Science and Director of the Center for Information Systems Security Studies and Research (CISR) at the Naval Postgraduate School.

Her research centers on the design and construction of high assurance systems and multilevel security. A new interest is cyber systems and operations, which led to her being the first Chair of the recently formed NPS Cyber Academic Group from 2011 through 2015. She is an author on over 160 papers and reports and has supervised the research of over 140 Masters and PhD students.

Dr. Irvine is a recipient of the Naval Information Assurance Award and the William Hugh Murray Founder's Award from the Colloquium for Information Systems Security Education. She is a member of the ACM, a lifetime member of the ASP, and a Golden Core Member of the IEEE. From 2005 through 2009, she served as Vice-Chair and subsequently as Chair of the IEEE TC on Security and Privacy. In October 2015, she was inducted into the National Cybersecurity Hall of Fame.