A Message from the President
by Ronald A. Route, Vice Admiral, USN (Ret.) 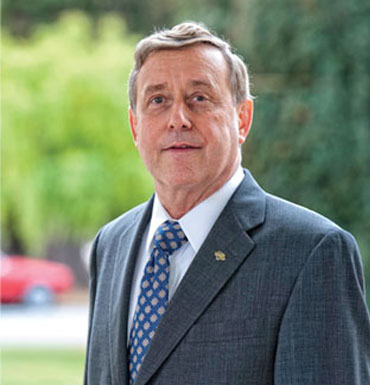 In 2017, the Naval Postgraduate School (NPS) had another productive year of student and faculty success. Our biggest contribution to the Navy, and Department of Defense at large, remained our commitment to educating and developing our future military and civilian leaders to ensure they have the critical skills to succeed in their defense and national security careers.

We graduated 1,250 students who represented all branches of the U.S military; numerous federal, state, and local agencies; and the countries of our Allies from around the world. Read more...

An Introduction to the Naval Postgraduate School
Overview & A Short His

The Naval Postgraduate School was established on June 9, 1909, when Secretary of the Navy George von L. Meyer signed General Order No. 27, establishing a school of marine engineering at the United States Naval Academy in Annapolis. The Navy Secretary's order placed the small program under the direction of the Naval Academy superintendent, who placed the 10 officer-students and two Navy instructors in an attic which served as a classroom and lab.

On October 31, 1912, Meyer signed Navy General Order No. 233, which renamed the school the Postgraduate Department of the Naval Academy. The order established courses of study for its 25 officer-students in ordnance and gunnery, electrical engineering radio telegraphy, naval construction, and civil and marine engineering.

In early 1944, more than a year before the first peace accord of World War II was signed, the Navy convened a board of respected senior officers and scholars to plan for post-war growth of the Naval Postgraduate School. The board’s actions set the stage for landmark legislation in the 79th and 80th Congresses that transformed the Naval Postgraduate School into a degree-granting university with expanded research facilities, and its recommendations led to the purchase of the world-famous 627-acre Hotel Del Monte in Monterey. In December 1951, under the supervision of Rear Admiral Ernest Edward Herrmann, the 500 students, 100 faculty and staff and thousands of pounds of books and research equipment of the Naval Postgraduate School moved lock, stock and wind tunnel from Maryland to Monterey. Read more... 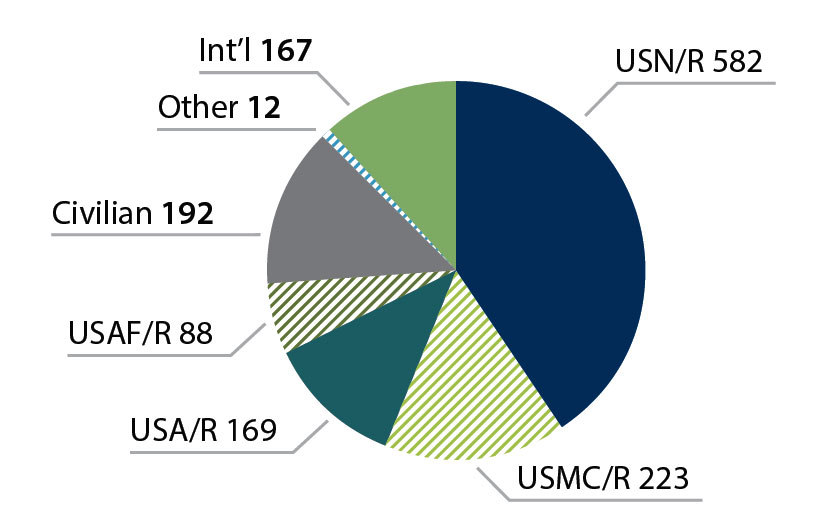 Innovation image
What is INNOVATION?

Roam the halls of the Pentagon for a day and you are likely to hear one word emanating from a fair share of the offices housed in America’s DOD headquarters ... Innovation!

It is without a doubt one of the more well-embraced buzzwords of the day, and for good reason. Modern conflict has demonstrated how much of an equalizer innovation can be, especially when less powerful foes can wage conflict with far stronger states, all because they are more nimble, responsive and...innovative.

But what exactly is innovation? Read more...

Much like innovation, emerging technology has achieved buzzword status, yet its value in defense circles cannot be understated. While the term emerging technology may be coined in reference to a broad collection of new inventions, capabilities and techniques, each of them represent a critical component within the mission set of DOD organizations at all levels and their personnel.

At the Naval Postgraduate School, students across campus are deeply involved in the development, advancement and utilization of emerging technologies. In the university’s Materials Science laboratory, pictured, students and faculty, are at the cutting-edge of discovery in advanced materials with impressive applications, from resiliency in space to advanced armor materials for the warrior of the not-so-distant future. Read more...

As the DOD continues to advance its cyber workforce, one principal notion has become inarguably clear ... Success in the cyber domain can only be achieved through teamwork and cooperation.

Over the past several years, what has been coined as the Fifth Domain of warfare truly has embodied the complexity of its peers, be it surface, undersea, air or space. In the simplest of terms, effectiveness in cyber operations, defensive or offensive, requires a broad range of systems, technologies, and well-educated people. Read more...

Diplomacy was once an effort only in the hands of an elite few ... Senior ambassadors and State Department officials artfully negotiating with their peers on behalf of their respective nations.

But the strategic environment facing the United States is constantly in flux, with not just traditional military threats at the forefront of concern with our national security establishment. Today, issues such as nuclear proliferation and worldwide terrorism, and rapidly evolving issues like cyber, climate change and the global space race, among others, present deeply-challenging threats to the security and prosperity of the United States. Read more...

As computing, sensing and other technologies have advanced over the years, one notion has become abundantly clear ... data is big. In fact, over the past few years, organizations have been challenged with having too much data, and grown perplexed over what to do with it, and how to use it.

The utilization of big data to make informed decisions by decision-makers is now a relatively common practice in large organizations, and the DOD is no different. NPS academic and research sponsors are finding ways to bring the validation of data science into their respective programs, but freely admit that the Navy faces a significant challenge ... It simply does not have the resident expertise to perform true data science across its broad organization. Read more...