Above: Perhaps one of NPS’ most important legacies is contribution to the body of knowledge in combating terrorism. In producing timely, innovative and interdisciplinary analyses relevant to policy and operations, students help contribute to global understanding, at the highest levels, of current terrorist networks and motivations. Right above: Many NPS centers focus on research to help warfighters in theater. Students are often special operators who return directly to the fleet and forces with the knowledge they gained at NPS. Right below: By bringing together citizens and military personnel from around the world, NPS gains important insight and perspectives on global terrorism.

OUR CONTRIBUTION TO COMBATING TERROR

It has been said that the pen is mightier than the sword … As a graduate university, it’s a sentiment our institution would agree with.

Although it is not a new type of warfare, terrorism has spent the past few decades rising to the forefront of strategic defense consciousness. In relative terms, gone are the days when conflicts are levied between major nation states. Rather, throughout the course of the United States’ recent conflicts, rogue adversaries have taken many forms, each with their own unique intricacies interweaved within a cultural, regional or religious foundation.

With this great variance in the adversary comes great challenge for the strategist. Braun is easily overrated and can be marginalized if not applied with surgical precision. But to be truly meticulous, you must be knowledgeable. And in the space of the Global War on Terror, precision is the space of the Naval Postgraduate School.

Across several academic departments and curricula, countless students focus their graduate theses on a spectra of relevant counterterrorism topics and ideas. National security affairs students might take a regionally-specific approach to an extremist group or conflict, or perform a comparative analysis on post-war reconstruction in central Africa. Defense Analysis students may examine the efficacy of deception in information operations, or the role of influence within religion-based interpersonal networks.

These are but a few general examples, and truthfully only begin to scratch the service of the university’s output in the field, especially in its role as a lead provider in the Combating Terrorism Fellowship Program (CTFP). Thousands of personnel have been educated through CTFP programs in more than 140 nations around the world, and thanks to an effort titled GlobalECCO, led by Dr. Michael Freeman at NPS, the collective knowledge of combating terrorism (CT) is now far more accessible.

GlobalECCO shrinks the CT world, creating a connected network of professionals with a massive resource of knowledge focused on countering extremism. While the mass of knowledge that occupies the GlobalECCO portal has been developed over decades, the portal itself is quite new. But as it continues to be further utilized throughout the counterterrorism world, the impact of knowledge’s pen will be felt far greater than any sword.

“We hope to enable greater on-the-ground collaboration between countries fighting terrorism by building a community of Combating Terrorism Fellowship Program (CTFP) alumni by providing some unique content, and a supporting online venue, that we think will encourage CTFP alumni to collaborate, communicate and to continue to learn.” 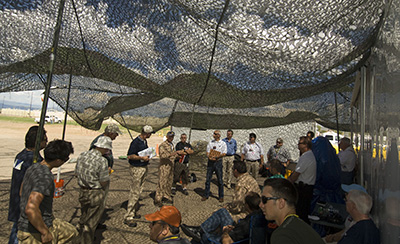 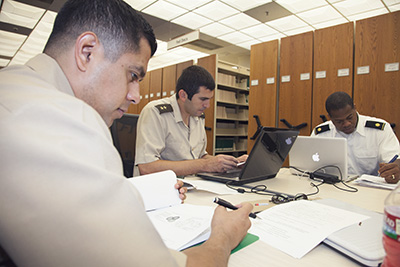