Above: Finding actionable intelligence in a sea of data is more than locating the proverbial needle in a haystack, it’s building a picture out of an infinite sea of possibilities.?Right above: Then Commander, U.S. Cyber Command and Director, National Security Agency, as well as NPS alumnus Army General Keith B. Alexander spoke at NPS’ Spring quarter graduation about how students must create a more secure world through technical innovation and education.?Below right: NPS Department of Applied Mathematics Professor Dr. Frank Giraldo, right, and his Nonhydrostatic Unified Model of the Atmosphere capitalizes on advancements in data computing and graphic processing unit technologies, to bring more accurate weather prediction to the fleet.

THE POWER OF GOOD INTELLIGENCE

In the realm of national security, the value of strong intelligence is incomparable. Whether under the execution of the world’s largest states, or through shadowy actors in remote locales, America’s first line of defense begins with accurate, timely intelligence and sound, expert analysis.

At the Naval Postgraduate School, diverse teams of students and faculty across disciplines have been dedicated to the advancement of effective intelligence, especially in the realm of analysis and integration.

Students through the Common Operational Research Environment (CORE) Lab have developed several unique capabilities and data integration methodologies over the past few years. This past year, Army Sgt. 1st Class Chris Linnel took an application built by prior Navy and Marine Corps officers titled Lighthouse, and tailored it to integrate data for Sensitive Site Exploitation missions. Other efforts in the CORE Lab have focused on the advantages of real-time Social Network analysis, and what it can tell you about the interpersonal relationships of key individuals in very remote places.

In response to a direct Centcom request, another effort this past year, dubbed Beyond Line of Sight Command and Control (BLOS C2), looks to create a self-healing, self-forming network with Type I encryption and anti-jamming capabilities that can survive in satellite denied environments. It’s commonly considered that final step in the network-centric battlefield, and faculty, students and researchers in NPS Department of Information Sciences are demonstrating its potential success and impact to an intelligence, surveillance and reconnaissance effort.

And in the realm of direct intelligence analysis, a new research effort hopes to have a similar impact. A promising new center at NPS, coined the Center for Multi-INT Studies, has been created to encourage research into the emerging field of intelligence integration, or multi-INT. The field takes an interdisciplinary approach to understanding how the integration of data from disparate sources and associated systems can improve the results gleaned from current and future intelligence systems.

As intelligence continues upon its current trend of strategic importance, collecting intelligence will not be the critical enabler to success for the DOD operator, rather, it will be the effective analysis and integration of those resources that will ultimately determine success or failure.

“We need to synthesize all of these disparate, often stove-piped, intelligence sources into a single picture that can be given to warfighters, intelligence analysts, and the national leadership in order to provide better situational awareness so that they can make good decisions on behalf of the nation.” 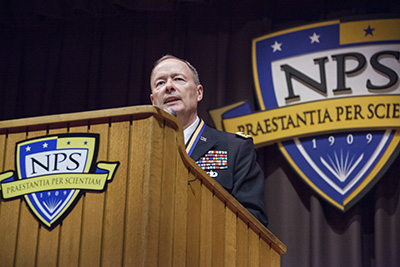 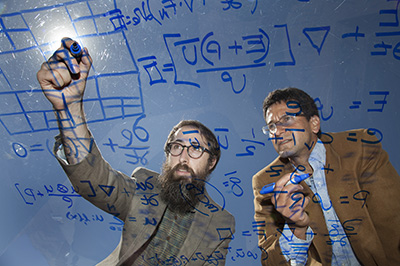