A NEW SPACE IN NATIONAL SECURITY

At the Naval Postgraduate School, all aspects of how DOD needs are met in space, now and into the future, are cultivated through dedicated educational programs in space systems, along with innovative research efforts that complete the students’ learning experiences.

A cross the spectrum of business, industry, education and defense, an invaluable lesson has been learned. Organizations have become vastly more competent at capturing data about the people and processes that are important to them. The challenge was, however, what to do with it.

Over the past handful of years, the focus of advanced research and development across these spectra has intended to resolve that challenge. And when resolved, it turns out data have extraordinary stories to tell.

Nowhere is this more apparent than in a few rooms on the first floor of Root Hall on campus, where students, faculty, researchers and staff in the Common Operational Research Environment Lab, or CORE Lab, are gleaning significant insights based on careful analyses of data sets, creating a new paradigm to traditional intelligence analysis.

One of the most well known efforts is titled IEDNA, or Improvised Explosive Device Network Analysis. Navy Lts. Deak Childress and John Taylor knew all too well what was happening with the vast amounts of information collected in Iraq and Afghanistan from detonated IEDs...And it wasn’t enough. Upon arriving at NPS, they learned about a tool called Lighthouse developed by two former students that employed the use of smart phones to collect socio-cultural data. But Lighthouse doesn’t just collect data, it unifies it, making it easy to analyze in a variety of capacities, right away. Turns out, IEDs can tell quite a story about the networks behind them when their intricate components and characteristics are analyzed in detail.

The lab’s innovative analysis techniques have been applied across a broad spectrum of impactful uses. Techniques developed in the CORE Lab have been used to study social networking data during the Arab Spring through a program titled Dynamic Twitter Network Analysis. A Colombian studying at NPS utilized CORE Lab techniques to locate Revolutionary Armed Forces of Colombia, or FARC, camps along the border between his nation and Venezuela. And Massachusetts State Troopers used CORE Lab analysis techniques and products to map gang activity in a high-crime suburb.

“Schools like NPS are invaluable to our ability to conduct operations in Latin America … The fact that we can ask NPS to look at something specific, be it drugs, economics or other areas of interest that are beyond the scope of my staff’s expertise, is very important.” 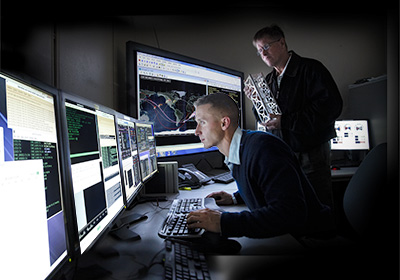 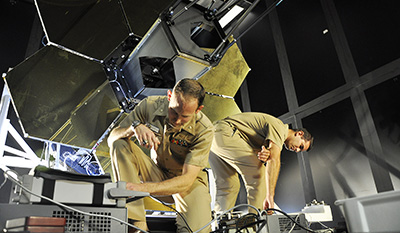