Critical to the successful execution of the Naval Postgraduate School mission is educational and research programs that provide tangible, direct support to Combatant Commanders across the Department of Defense.

In January 2014, following the successful launch of a specially-modified CubeSat dubbed the Space and Missile Defense Command Nano-Satellite-3 (SNAP-3), NPS’ Space Systems Academic Group and Distributed Information Systems and Experimentation (DISE) program began an ambitious international CubeSat program in partnership with the U.S. Southern Command. The goal … to evaluate how lowcost space communications capabilities can support information sharing and tactical communication across the remote and densely-forested areas common to the Southcom area of operations.

NPS space systems student, U.S. Marine Corps Capt. Clayton Jarolimek, is working with DISE researcher Brian Wood on the SNAP-3 assessment. “One of the things that drew me to this was my past experience on the ground without satellite communication in Helmand Province, Afghanistan,” said Jarolimek. “If adopted, SNAP-3 has the potential to bring satellite communications down to squad size units on the ground.

“I will be conducting an analysis of the architecture of the constellation of the SNAP-3 network,” continued Jarolimek. “I hope to be able to make recommendations to the U.S. Army’s Space and Missile Defense Command and look at the manner in which the Marine Corps may be able to benefit from this technology as it is realized.”

From the continued evolution of homeland security and support of the U.S. Northern Command mission, to the strategic complexities of the rebalance to the Pacific, direct support to the Combatant Commander is a persistent driving force behind NPS’ unique graduate education and research programs. 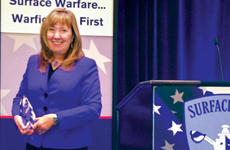 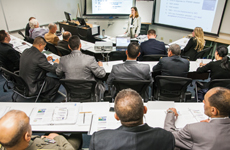 A delegation of civilian and military leaders from Algeria and Tunisia attend a three-week workshop, Jan. 16, 2014, tailored to the Northern African nations to provide a foundational knowledge of international maritime and land-based border security. 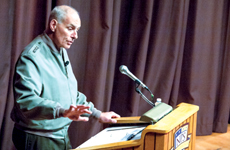 U.S. Marine Corps Gen. John F. Kelly Southcom Commander, speaks to a packed King Auditorium, Feb. 16, 2014, noting, “Schools like NPS are invaluable … The fact that we can ask NPS to look at something specific, be it drugs, economics or other areas of interest that are beyond the scope of my staff’s expertise, is very important.” 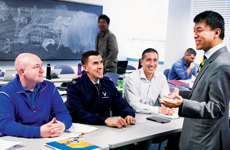 Department of National Security Affairs Assistant Professor Sophal Ear discusses the political economy of Asia, Feb. 21, 2014, with students enrolled in a unique graduate certificate program in Asia-Pacific studies in preparation for future deployments to the region.