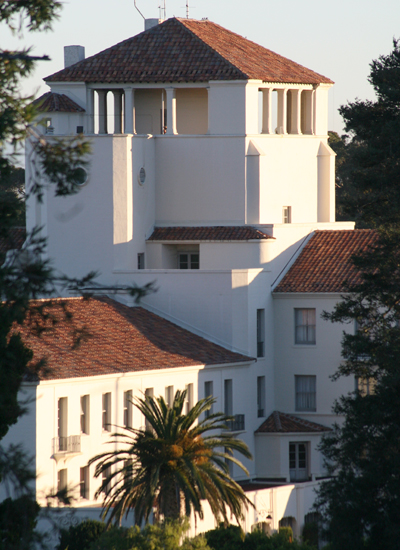 AN INTRODUCTION TO THE NAVAL POSTGRADUATE SCHOOL

NPS was established as the School of Marine Engineering at the U.S. Naval Academy in 1909. In 1919, the school was renamed the Naval Postgraduate School. In 1949, as part of a reorganization within the Department of Defense, Congress authorized the move of NPS from Annapolis, Maryland to Monterey, California. In 1951, NPS officially opened its doors in Monterey. Since its beginning, when the school was chartered to focus on science and technology, NPS has evolved into an institution that serves naval, defense and national security related interests by providing current and future readiness, advances in technology, and educational and operational programs that directly support all facets of national defense and homeland security.

At NPS, four world-class schools oversee 14 academic departments that provide 85 Master’s, 16 doctoral degree programs and certificates to approximately 1,615 resident students, including more than 222 international students, as well as to 977 distributed-learning students worldwide. Three research institutes, multiple secure research facilities and 30 centers of excellence add to the wealth of resources. Non-resident courses are delivered to students through online, web-enabled, video-tele-education systems and/or by visiting faculty. Continuous learning, refresher and transitional educational opportunities abound, and short-term executive education courses and a variety of short courses are also offered by NPS, both in Monterey and abroad.

Over 740 scholars and professionals, six percent of whom are military officers and over one-third of whom are tenured or tenure-track, comprise the NPS faculty. To strengthen expertise and program relevance, and to expedite research successes at NPS, a robust mix of tenured faculty, lecturers and visiting professionals integrate teaching with research, demonstrating the immediate applicability of defense-related theories to defense-related problems, many times resulting in patent-eligible technologies.

The 15-member Naval Postgraduate School advisory board functions as a sub-committee under the Boards of Advisors to the Presidents of the Naval Postgraduate School and the Naval War College. The latter reports to the Secretary of Defense via the Secretary of the Navy and the Chief of Naval Operations on matters pertaining to the school and its graduate education and research programs.

A SHORT HISTORY OF NPS

The Naval Postgraduate School was established on June 9, 1909, when Secretary of the Navy George von L. Meyer signed General Order No. 27, establishing the School of Marine Engineering at the United States Naval Academy in Annapolis. The Navy Secretary’s order placed the small program under the direction of the Naval Academy superintendent, who placed the 10 officer-students and two Navy instructors in an attic which served as a classroom and lab.

On October 31, 1912, Meyer signed Navy General Order No. 233, which renamed the school the Postgraduate Department of the Naval Academy. The order established courses of study for its 25 officer-students in ordnance and gunnery, electrical engineering, radio telegraphy, naval construction, and civil and marine engineering.

In early 1944, more than a year before the first peace accord of World War II was signed, the Navy convened a board of respected senior officers and scholars to plan for post-war growth of the Naval Postgraduate School. The board’s actions set the stage for landmark legislation in the 79th and 80th Congresses that transformed the Naval Postgraduate School into a degree-granting university with expanded research facilities, and its recommendations led to the purchase of the world-famous 627-acre Hotel Del Monte in Monterey. In December 1951, under the supervision of Rear Admiral Ernest Edward Herrmann, the 500 students, 100 faculty and staff and thousands of pounds of books and research equipment of the Naval Postgraduate School moved lock, stock and wind tunnel from Maryland to Monterey.

In its 100-plus year history, the Naval Postgraduate School has evolved into an institution that serves America’s joint military services, homeland security officials, and dozens of nations. The school’s educational and research programs continue to evolve to meet changing Navy goals and national requirements. Its innovative academic programs such as operations research and space systems have significantly influenced academe, the defense community and civilian sector. The more recent development of the cyber academic group and the energy academic group have greatly enhanced the Naval Postgraduate School’s traditional technical programs while preparing officers for new strategic commitments. Today’s Naval Postgraduate School is both an accredited university and a national asset that helps to prevent wars and to preserve global security.