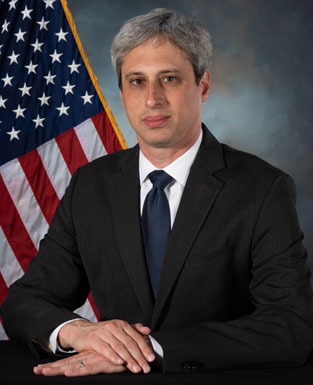 Dr. Michael Freeman is the Associate Provost for Faculty Affairs and an Associate Professor in the Department of Defense Analysis at the Naval Postgraduate School in Monterey.  His research interests focus on terrorism, international security, and U.S. foreign policy.  He received a Ph.D. from the University of Chicago in 2001 and is the author of Freedom or Security: The Consequences for Democracies Using Emergency Powers to Fight Terror (Praeger, 2003), the co-editor of Gangs and Guerrillas: Ideas from Counterterrorism and Counterinsurgency, the editor of Financing Terrorism: Case Studies (Ashgate 2012), as well as the author of several journal articles and book chapters on terrorism, emergency powers, and terrorist financing.

He is the executive editor of the journal, Combating Terrorism Exchange, and the creative designer of nine online, “serious” games on terrorism and counterterrorism: Balance of Terror, Dark Networks, CyberStrike, Cyberstrike Advanced, Rebellion, Asymmetric Warfare, Contagion, Follow the Money, and SpecOps.   In 2014, he was the recipient of NPS’s highest teaching honor, the Hamming Award.  Before joining NPS in 2005, he was a lecturer at the University of Chicago, a post-doctoral fellow at Dartmouth, and an analyst at the Central Intelligence Agency.