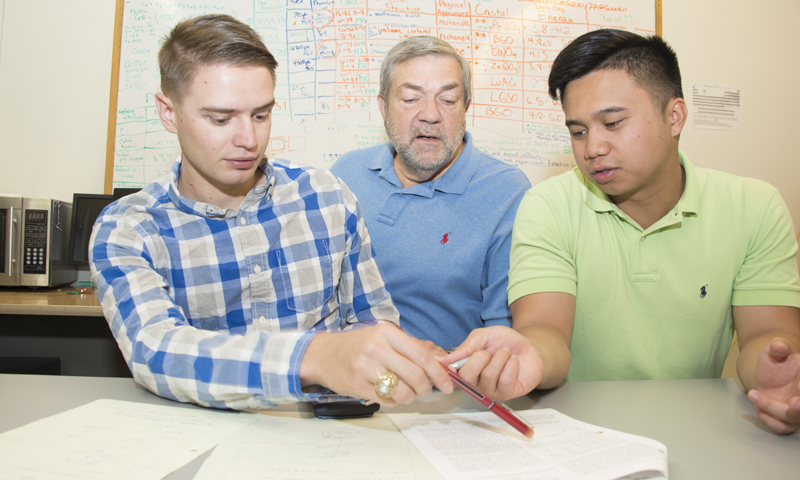 "The motivation for this project is to be able to detect highly-enriched uranium, which although it's primarily an alpha emitter, does occasionally release fast neutrons," said Ambler.

An alpha emitter is essentially impossible to detect at any useful distance, so Ambler and Alindogan are using a relatively new way of detecting fast neutrons with scintillation crystals, paired with a source material common in the classroom and lab for educational and research purposes.

"There are several different types of crystals available," Ambler noted. "We're looking at each crystal's individual behavior when exposed to gamma radiation to determine which one is best suited [for fast neutron detection]."

Ambler and Alindogan hope the work they are contributing to will eventually lead to an effective enriched uranium detector capable of detecting both gamma and alpha waves.

NPS has supported the U.S. military undergraduate service academies through a broad range of internship opportunities over the past several years. High-performing service academy students work very closely with NPS faculty and researchers on a variety of projects.

Today@NPS showcases some of the speakers, conferences, experiments, lectures, and other events that take place at the Naval Postgraduate School on a daily basis. If you would like more information about any of the highlighted activities please contact the Office of University Communications at pao@nps.edu.
July 2015 Title