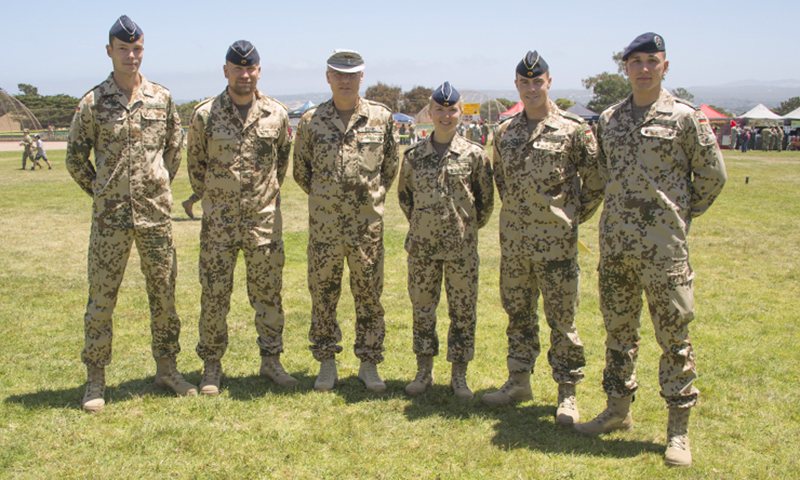 The GAFPB is one of the few approved foreign awards that can be worn on U.S. military uniforms. Traditionally, it is also one of the most sought after awards and can be earned by service members of any rank. The competition tests the agility, endurance, strength, and mental toughness of the participants.

“Germany is proud to be an ally, partner, and friend to the United States,” said Frank. “We are proud to be brother-in-arms with the U.S. Armed Forces. However, partnership and friendship are only words, we have to practice cooperation and I believe that training together with other services is the best form of comradeship.”

“Today, all of the awardees have completed these requirements and have earned the German Armed Forces Proficiency Badge in the gold, silver or bronze category,” added Frank.

Beginning three years ago the GAFPB become a tradition when German officers stationed at NPS began offering this course to the service members at DLIFLC.

Every year, new officers from the Federal Armed Forces of Germany, who spend about six months at NPS to write their master’s thesis, administer the training and approval of the GAFPB program in cooperation with proctors from the U.S. Armed Forces.

GAFPB expresses the cooperation between two countries and emphasizes the connection in a joint defense alliance, added Frank.

July 25, 2017
University Provost Welcomes the Campus With an Open Door