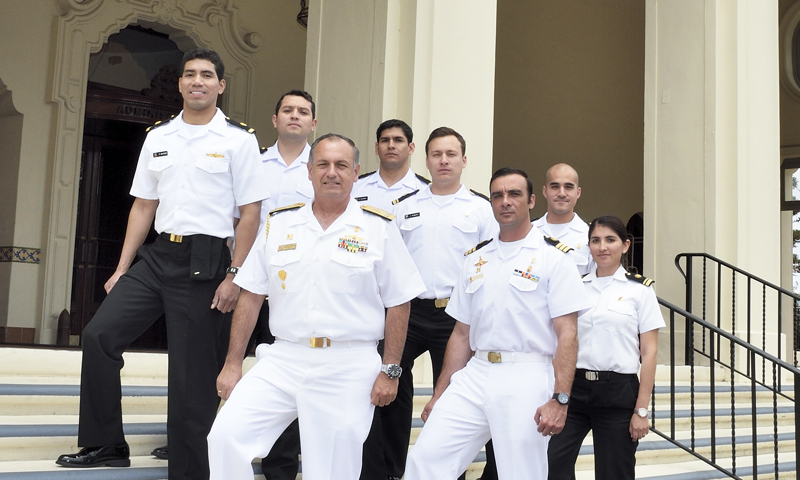 "I'm very pleased with the students' academic performance and with NPS' world-class academic environment," said Del Alamo. "I'm sure our officers are encouraged by the education system at NPS where they will be able to exploit their intellectual and professional skills."

Del Alamo expressed particular interest in the Department of Defense Analysis' (DA) Special Operations and Irregular Warfare curriculum, which emphasizes operations in the littorals, an area of concern to Peru with its 1,500-mile coastline. Del Alamo also toured the Mechanical and Aerospace Engineering and Common Operational Research Environment (CORE) Labs while at NPS.

Del Alamo is the official link between Peruvian Navy and its counterparts in the U.S., including those at NPS. NPS counts 36 Peruvian students among its alumni, five of which have served as flag-level officers.

Today@NPS showcases some of the speakers, conferences, experiments, lectures, and other events that take place at the Naval Postgraduate School on a daily basis. If you would like more information about any of the highlighted activities please contact the Office of University Communications at pao@nps.edu.
May 2015 Title