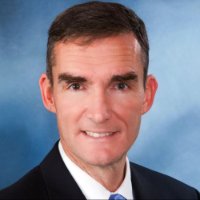 COL (USA Ret) Ray Jones retired as a Colonel from the U.S. Army in 2012 and is a Professor of Practice within the Graduate School of Defense Management at the U.S. Naval Postgraduate School in Monterey, CA. He also serves as a Guest Lecturer for the IDARM Program within the Institute for Security Governance (ISG), Defense Security Cooperation Agency (DSCA). His last assignment in the Army was as the Deputy Program Executive Officer for the Joint Tactical Radio System (JTRS). Additionally, he served as the Military Deputy for the Director of Acquisition Resources and Analysis in the Office of the Under Secretary of Defense for Acquisition Technology and Logistics (USD(AT&L)), managed three Major Defense programs for the DoD in addition to his many operational and research and development assignments. He graduated from the U.S. Naval Test Pilot School in 1995 and is 1983 graduate of the United States Military Academy. He has a Bachelor of Science degree in Aerospace Engineering, a Master of Science Degree in Aeronautical Engineering from the Naval Postgraduate School, a Master's in Business Administration from Regis University, a Master's Degree in National Resource Strategy from the Industrial College of the Armed Forces and is currently a PhD candidate with the Graduate School of Information Sciences at the Naval Postgraduate School in Monterey California.