Dr. Maura Sullivan - Chief of Strategy and Innovation, US Department of the Navy 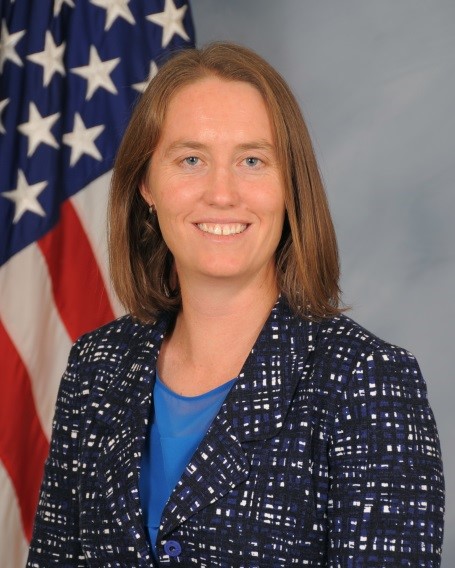 Maura Sullivan is the Chief of Strategy and Innovation at the US Department of the Navy (DON). She leads the organization responsible for the DON innovation strategy focused on succeeding in a future at the intersection of the physical and digital worlds. Prior to this she was a White House Fellow advising the Secretary of the Navy on emerging trends in information technology and energy and leading the restructuring of the DON CIO, business operations, and administrative organizations.

Previously, she led a strategic startup, within the global catastrophe risk company, RMS, charged with developing software and consulting solutions for managing complex systemic risks in life and health markets. She specialized in models that quantified the financial and insurance impact of excess mortality, including pandemics, terrorism, and natural disasters, and medical models for longevity. She assisted financial institutions in hedging mortality and longevity risk and developing instruments to transfer risk to the capital markets.

Maura is active in community activities related to emergency and disaster response. She is a canine search and rescue handler specializing in wilderness rescue for the California Rescue Dog Association and Yosemite National Park. She earned a Ph.D. in epidemiology from Emory University, focused in spatial statistical modeling, and a B.S and M.S. in earth systems from Stanford University, focusing in energy engineering and climate modeling. 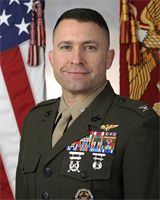 Colonel James T. Jenkins graduated from Cornell University.  Following The Basic School and flight school he was designated a Naval Aviator and reported to HML/A-269 at MCAS New River.

In his first tour with the Gunrunners, he completed two Mediterranean deployments and deployed as part of Special Purpose Marine Air Ground Task Force (SPMAGTF) CARIB.  Upon completion of Amphibious Warfare School, he was assigned as the Air Officer for Battalion Landing Team 1/6.  Captain Jenkins later served as the Aide-de-Camp for the Commanding General, II Marine Expeditionary Force until May 2001.  Major Jenkins returned to the Gunrunners, then was assigned as HML/A Detachment OIC and Operations Officer for Marine Medium Helicopter Squadron 263 (Rein) and completed a deployment with the 24th MEU.  In August 2003, Major Jenkins reported for duty at Marine Aviation Weapons and Tactics Squadron One.  After serving on the staff of 2d Marine Aircraft Wing, Lieutenant Colonel Jenkins assumed command of HML/A-269 and completed two combat deployments with the Gunrunners. He gave up command in May 2009, and was assigned as a student to the U.S. Army War College.  After serving on the Joint Staff (J3), PACOM, he received orders to Training Command in Quantico, VA.  From May of 2013 to June of 2015, Colonel Jenkins was the commanding officer of Marine Aircraft Group 29.  He now serves as the Marine Corps Warfighting Lab’s Science and Technology Director.