On 11 July 2017 (Tuesday), Dr. Robert Springborg will examine the perilous state of Egypt today.  Based on his forthcoming book, Springborg argues that the accumulated failures under military rule, particularly since the coup that brought General Abd al-Fattah al-Sisi to power in 2013, have become so grave that the very nation-state is at risk of collapsing.  Given that Egypt as been a critical American ally in the Middle East for 40 years, these developments have potentially dire consequences for US national interests in the region.

Springborg is one of America’s top scholars on Egypt and the Middle East.  He retired as a Professor of National Security Affairs at NPS in 2013 and spent last year as a Visiting Scholar at Harvard.  He is currently a Visiting Professor at King College in London and Research Fellow at the Italian Institute of International Affairs. 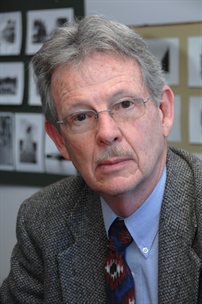