NSA Dr. Scott Jasper has just returned from Prague in the Czech Republic where he spoke at three civilian and military forums at the invitation of the US Embassy in Prague. First, on 23 May, he presented as a panel member at the International Visitor Leadership Program Conference on Propaganda and Its Tools in Post-Soviet Bloc: How to Fight It (see photo). Then later in the day, he spoke on cyber enabled information operations at the US Embassy’s American Center. The Prague Security Studies Institute hosted the evening event as part of the embassy public speaking program. The next day, on 24 May, Dr. Jasper personally hosted a six-hour workshop for the National Cyber Operations Center, which was attended by select military, intelligence, and security officials at the villa of the former president. He presented on hybrid warfare and cyber deterrence with an automated cyber defense demo. That event was highlighted by lunch-time discussions with the commander of the military cyber command. 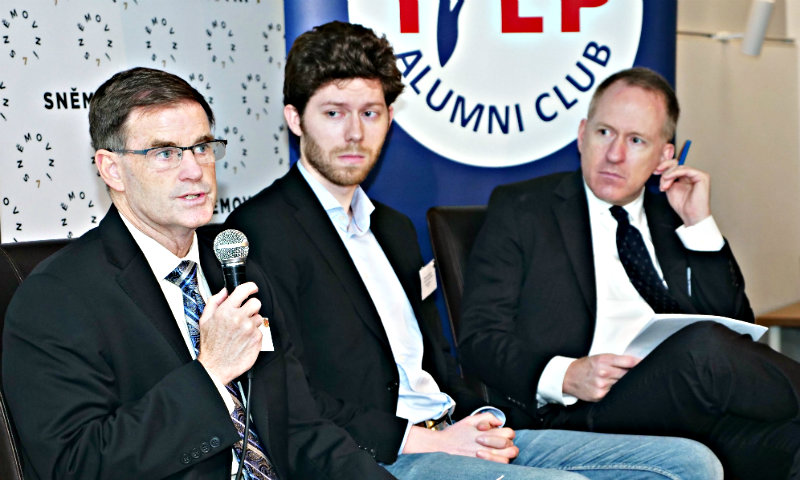