Dr. Susan Sanchez Recognized as a Pioneer in Operations Research

Congratulations to Emeritus Professor Gerald Brown and Professor Nita Shattuck, both presented Distinguished Civilian Service awards. Dr. Brown's citation reads in part: "Dr. Brown’s optimization research has had unsurpassed impact in the solution of defense-related problems." Dr. Shattuck's citation reads in part: "She is a nationally recognized and highly respected expert in the fields of sleep, fatigue, and crew endurance."

Professor Susan Sanchez was elected a 2017 Fellow of INFORMS.

The purpose of the INFORMS President’s award is to recognize, and thereby encourage, important contributions to the welfare of society by members of our profession at the local, national, or global level. The award is given at the National meeting. 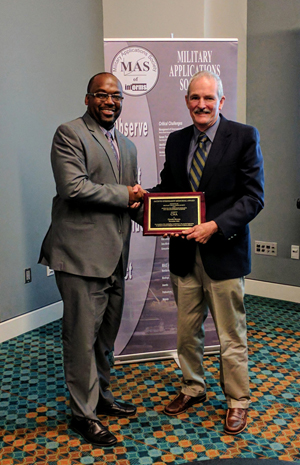 This video highlights the recent naming of Dr. Susan Sanchez as a Titan of Simulation at the 2016 Winter Simulation Conference, focused on Dr. Sanchez’s efforts with the SEED Center.