The Remote Sensing Center has been working on bathymetry for over 20 years - primarily looking at spectral approaches (Stuffle, 1996; Lee, 2012 ), but more recently using wave kinematic techniques.   The idea is to use the well-known dispersion relationship between water depth and wave velocity to infer the depth.  this requires measurements over several tens of seconds, with a characteristic open ocean wavelength of about 10 seconds/ 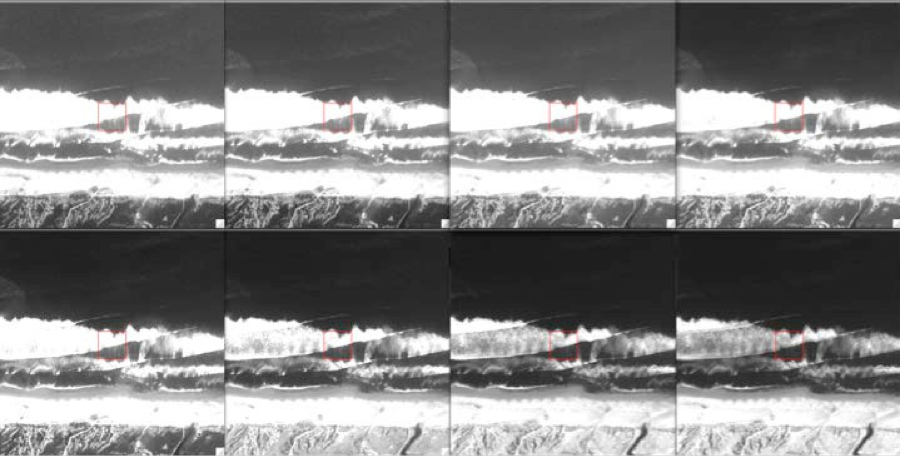 All eight un-enhanced WorldView-2 bands are shown in the scenes above, focusing on the littoral region near Camp Pendleton, CA on 24 March 2010. From left to right: Coastal, Blue, Green, Yellow (top), and Red, Red Edge, NIR-1, NIR-2 (bottom). 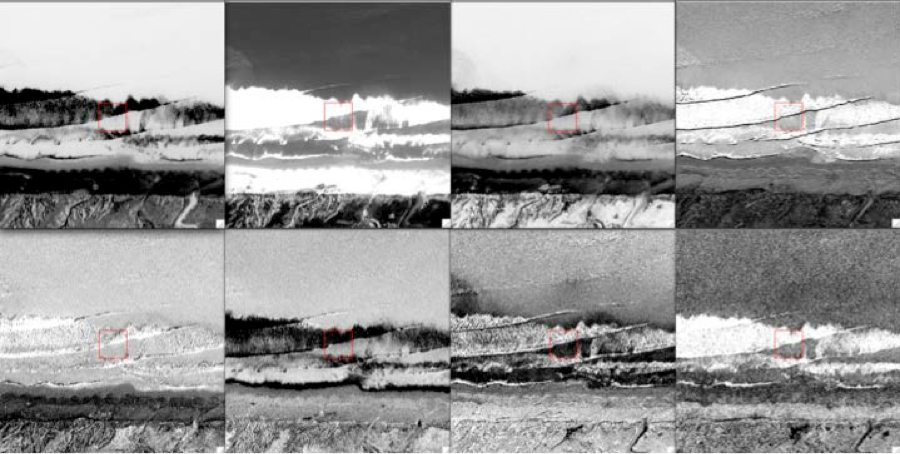