11 June 2021 - Captain Courtney Thompson, Professor Tom Lucas, and Ms. Mary McDonald were selected for the Military Operations Research Society's (MORS) John K. Walker, Jr. Award winner for 2021 for their paper "Estimating the Effects of Combat Load Weight on Mission Outcomes." From the MORS announcement: "This prestigious award recognizes the best technical article published within the Phalanx Magazine during the previous calendar year. The Walker Award honors members of our profession who have expanded the application of military operations research techniques, improved their set of analytical tools, and communicated the results of their work to the broader analytic community."

26 Aug 2020 - Professor Susan Sanchez has been named Distinguished Professor. The title of Distinguished Professor is an honorary title conferred upon a small number of NPS faculty in recognition of exceptional and sustained scholarly, teaching, and service accomplishments that have brought great credit to NPS, the NPS Mission, and to the faculty members themselves. This award is significant because of the excellence demonstrated by these faculty in all three areas over a significant period of time. Congratulations Susan!!

Professor Sanchez received an NPS medallion to be worn with her academic regalia. She is entitled to use the academic title of “Distinguished Professor.” She was honored at NPS' virtual graduation ceremony on 25 September. 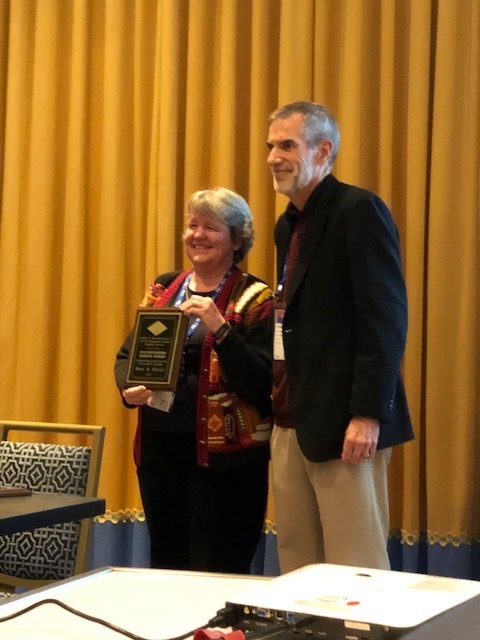 They have collaborated for nearly two decades on research underpinning dramatic advances in how scientists and engineers use high-performance computing to obtain insights from complex models. Together, they founded and run the Simulation Experiments and Efficient Designs (SEED) Center for Data Farming. In this past year, they have briefed multiple Flag Officers on how their research is improving the speed and robustness of model-based studies that affect billions of dollars of DoD expenditures annually. Professor Sanchez was recognized as the 22nd ever “Titan of Simulation” in 2016. She was also one of 13 selected for the INFORMS Fellow Class of 2017. Professor Lucas was the recipient of the INFORMS Award for the Teaching of OR Practice in 2015. 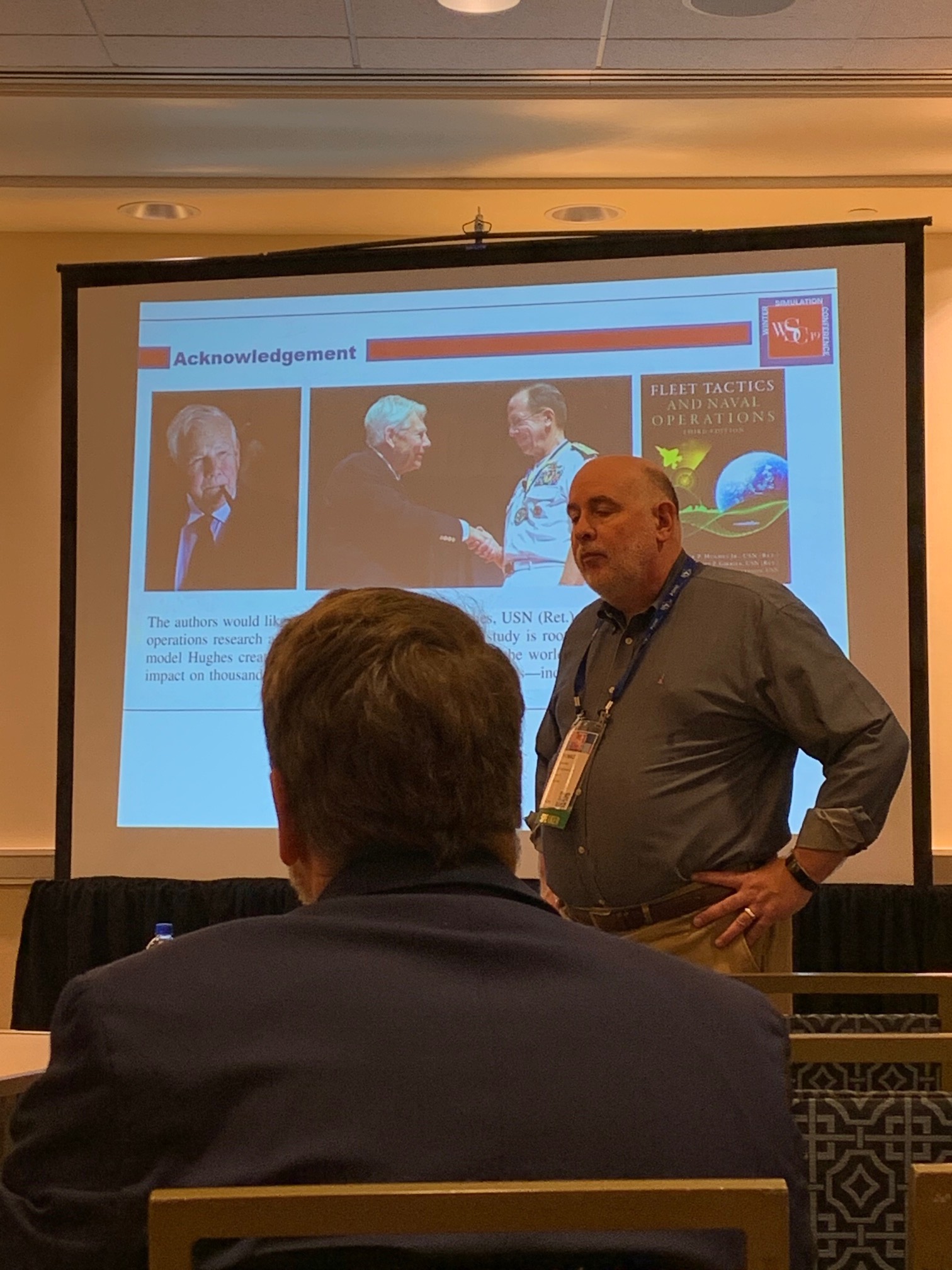 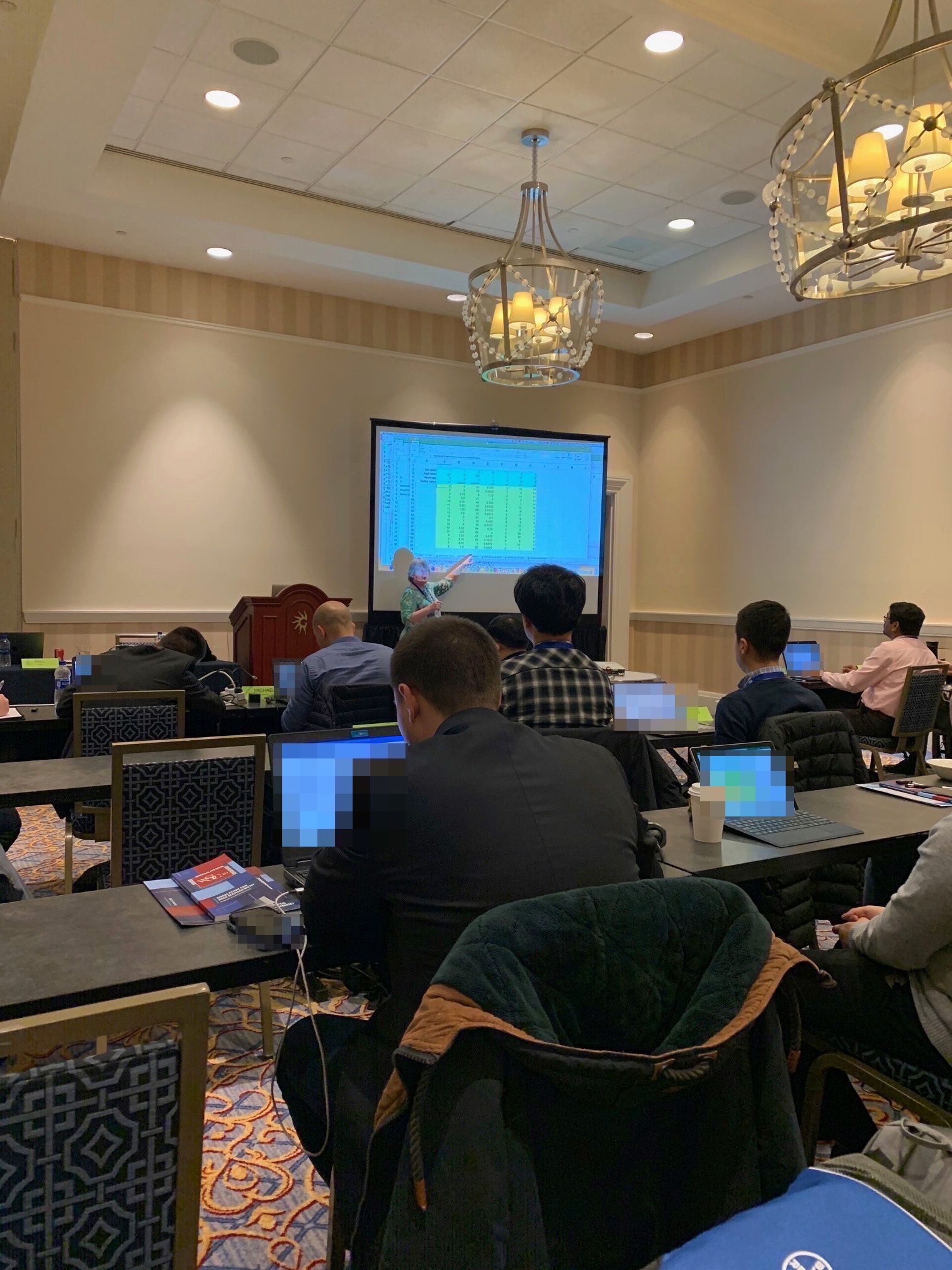 Professors Susan Sanchez and Paul Sanchez gave a "Data Farming 101 Tutorial" at the WinterSim 2019 conference. They had over 30 attendees! Congratulations to the new Data Farmers!

Congratulations to LT Preston Tilus (U.S. Navy) for receiving a "Bravo Zulu" award in March 2018 for being published in Naval Institute's Proceedings. "Team the P-8 and Sea Hunter for ASW".

Congratulations to Susan Sanchez for her "Titan of Simulation" recognition.  You can view a short video about the award on YouTube by clicking here, or see the full talk under the Papers & Presentations page.

Congratulations to LT Kristen Ericksen (U.S. Navy) for winning the Surface Navy Association Award for Academic Excellence, and being selected as a September 2016 MORS/Tisdale Finalist.

Congratulations to CDR Kevin Williams (U.S. Navy) for winning the Chief of Naval Operations Award for Excellence in Operations Research, and being selected as a September 2016 MORS/Tisdale Finalist.